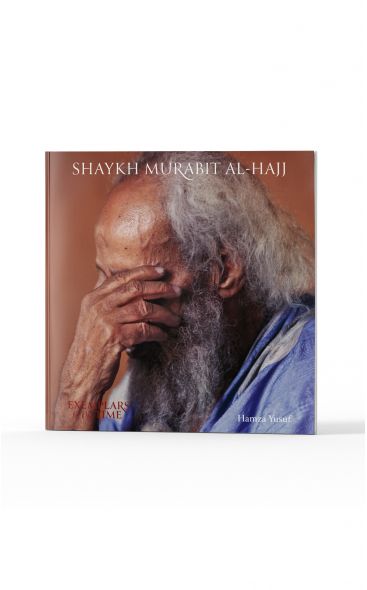 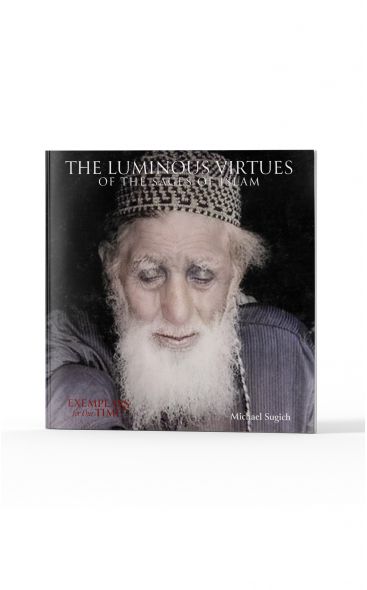 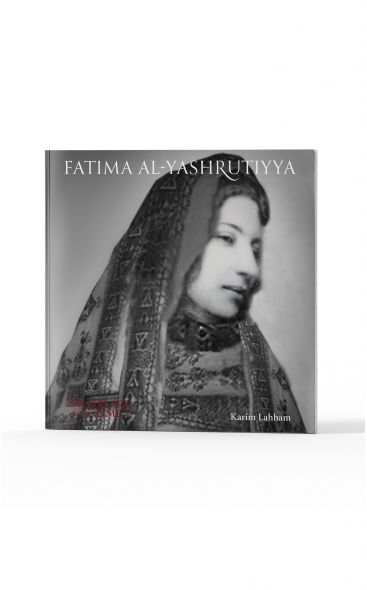 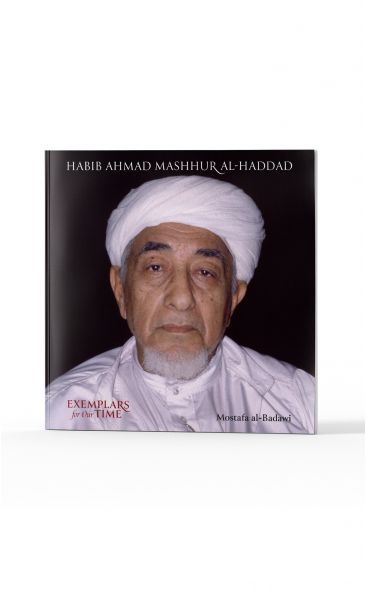 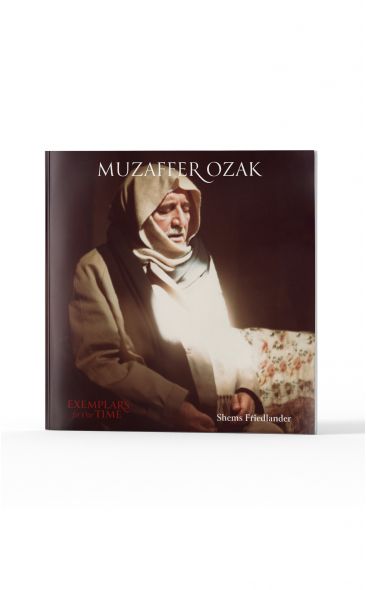 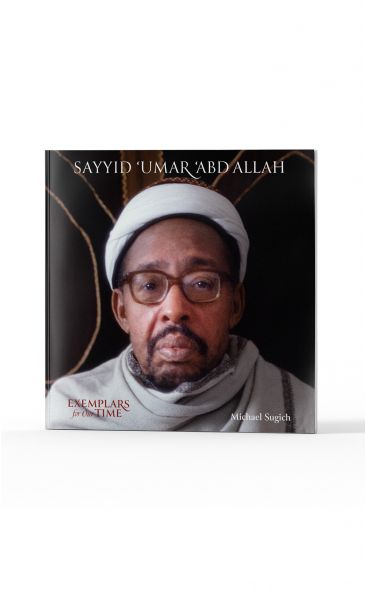 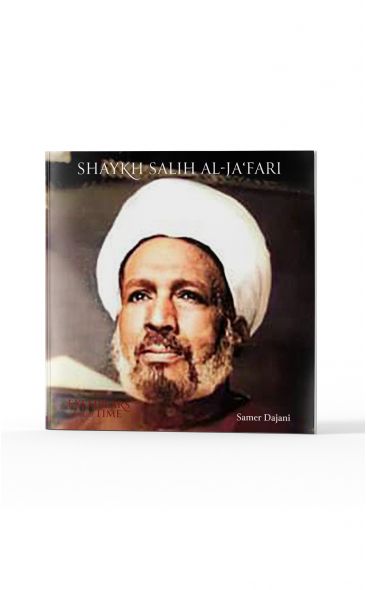 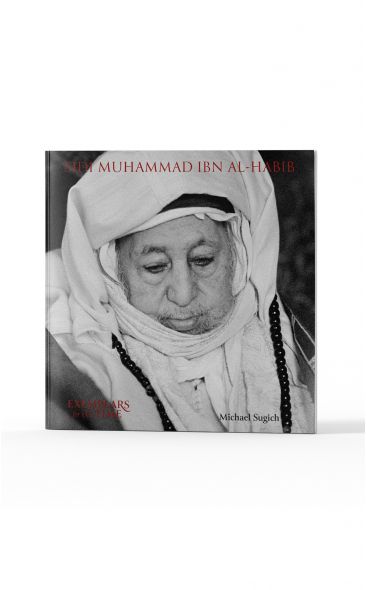 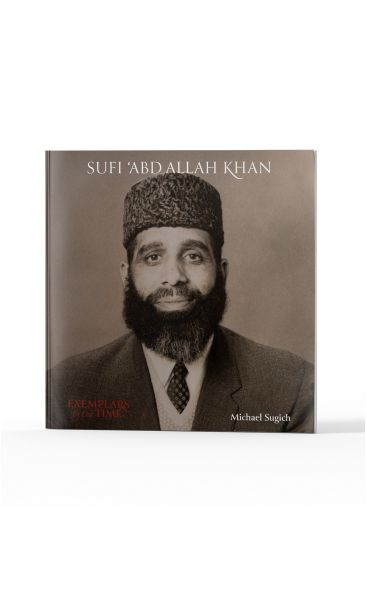 Exemplars for Our Time

Biographers include Shaykh Hamza Yusuf, Dr. Mostafa al-Badawi, Shems Friedlander, Dr. Karim Lahham, Dr. Samer Dajani, and Michael Sugich. Each book is beautifully illustrated with the photography of Peter Sanders, Shems Friedlander, and others, as well as rare images from the lives and times of these great souls.

Internationally acclaimed photographer Peter Sanders (Meetings with Mountains, The Art of Integration, In the Shade of a Tree) and popular author Michael Sugich (Signs on the Horizons, Hearts Turn) have joined forces to produce Exemplars for Our Time, a deluxe limited edition nine-book box set of illustrated biographies of some of the most influential and inspiring Muslim saints and sages in our time.

Volume One: The Luminous Virtues of the Sages of Islam
Series editor and author Michael Sugich takes a fascinating and richly detailed journey into the world of sainthood in Islam; a subject that is mystifying to many Muslims today. His penetrating exploration makes the case that the friends of God – the saints – are, and always have been, the true Muslim role models. And while they seem to have disappeared in modern times, they are in fact hiding in plain sight.

Volume Two: Shaykh Murabit al-Hajj, by Hamza Yusuf
Ascetic scholar-saint Shaykh Murabit al-Hajj would almost certainly have lived out his life in complete obscurity in the remote deserts of Mauritania had a young Hamza Yusuf not been guided in a dream to visit him, live in his tent, and learn at his feet. Sheykh Hamza authors this intimate and moving biography of one of the hidden treasures of our time, illustrated by the unique photography of Peter Sanders.

Volume Three: Habib Ahmad Mashhur al-Haddad, by Mostafa al-Badawi
Considered in his lifetime as one of the greatest saints of Islam, Habib Ahmad Mashhur al-Haddad’s compassionate teaching of traditional Islam had a profound influence on generations of followers and students including Shaykh Hamza Yusuf, Dr Umar Faruq Abd-Allah and Shaykh Abdal Hakim Murad. Another former student, Dr Mostafa Badawi, writes this beautiful account of the scholar-sage, having dedicated his life to translating and interpreting his teachings.

Volume Four: Sayyida Fatima Yashrutia: Daughter of Akka, by Dr. Karim Lahham
Dr. Karim Lahham brings to life the compelling story of Sayyida Fatima Yashrutia, which spans two tempestuous centuries marked by world wars, the fall of the Ottoman empire, the catastrophe of 1948, and the civil war in Lebanon. The spiritual heir of her father, Sayyid ‘Ali Nurad’din al-Yashruti, Sayydia Fatima devoted her life to knowledge, teaching, prayer and invocation, and remains a beloved spiritual guide whose wisdom and inspiration lives on.

Volume Five: Sayyid ‘Umar ‘Abd’Allah: The Blessed One, by Michael Sugich
Steeped in traditional studies from early childhood, as well as passing through the prestigious Oxford University, Sayyid ‘Umar ‘Abdullah Mwinyi Baraka was a highly influential East African educator and diplomat and a charismatic interpreter in multiple languages of the tolerance and beauty of Islam. Michael Sugich remembers the ‘ongoing adventure’ of being with his former teacher, and the profound influence he had on many leaders of post-independence East Africa.

Volume Six: Muzaffer Ozak Efendi: The Polisher of Hearts, by Shems Friedlander
A colourful and charismatic teacher, Muzaffer Ozak Effendi nurtured his students with lively conversation in his bookstore, in cafes across Turkey, on the streets, and in his dervish lodge. A Sufi master, he ventured to America to introduce young seekers to the beauty of Islamic spirituality, and left a vibrant legacy across North America, Europe and the Middle East. Close disciple Shems Friedlander remembers his life and teachings, accompanied by unique photographs by the author.

Volume Seven: Shaykh Saleh al-Ja’fari, by Dr. Samer Dajani
For 30 years, Shaykh Saleh al-Ja’fari lived in a small chamber within Al-Azhar Mosque in Cairo, where he was the Imam; rarely venturing out other than to make pilgrimage to Makkah, or visit the tombs of saints across Egypt. Dr. Samer Dajani remembers this gifted teacher who became a legend in his own lifetime due to his discourses held every Friday in the courtyard of Al-Azhar Mosque, attracting huge crowds of people from all walks of life.

Volume Eight: Sufi ‘Abdullah Khan, by Michael Sugich
Leaving his native Pakistan for Birmingham in the UK, Sufi ‘Abdullah Khan’s mission was to bring a spiritual path to the thousands of Pakistani immigrants who had left for England for material gain. Michael Sugich looks back at Sufi’s remarkable tale that took him from a peasant village to the battlefields of North Africa and a Nazi prison camp in Europe, before a daring cross-country escape led him to a living spiritual master, and the start of his real adventure.

Volume Nine: Sidi Muhammad ibn al-Habib, by Michael Sugich
Michael Sugich takes us on an emotional and mesmerising journey back 50 years to the Zawiya of Shaykh Sidi Muhammad Ibn al-Habib in the Moroccan city of Meknes, where he first became affiliated with the great Sufi sage – one of the most influential figures in the North African spiritual tradition in the twentieth century. The volume is illustrated with unique portraits of the Shaykh taken by Peter Sanders, including a previously unpublished photograph.