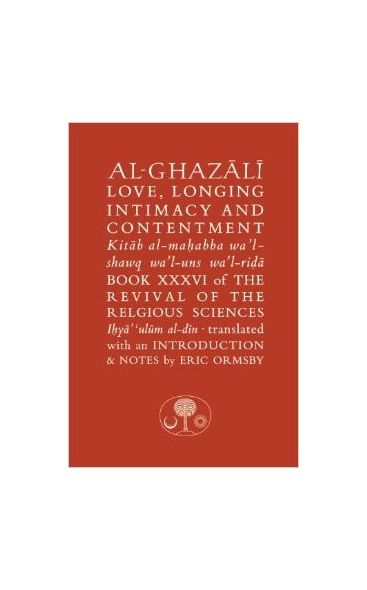 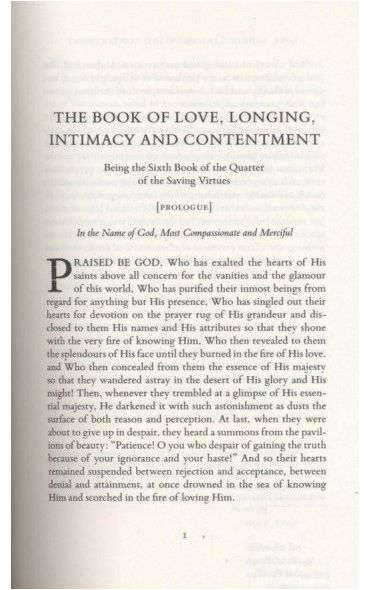 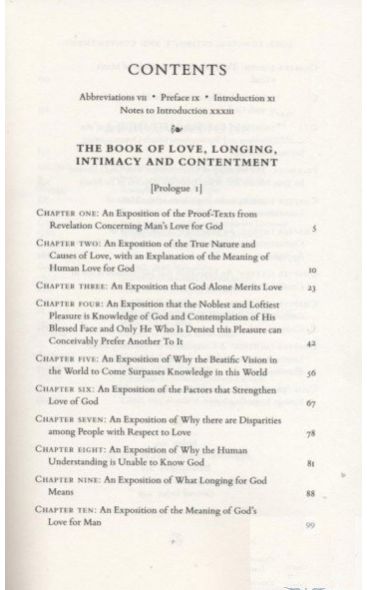 Al-Ghazali on Love, Longing, Intimacy & Contentment is a translation of the thirty-sixth chapter of ‘The Revival of the Religious Sciences’ (Ihya’ Ulum al-Din).

Al-Ghazali on Love, Longing, Intimacy & Contentment is a translation of the thirty-sixth chapter of ‘The Revival of the Religious Sciences’ (Ihya’ Ulum al-Din). This chapter falls in the last of the four sections of the Ihya, the section dealing with the virtues or what is conducive to salvation.

This work was of radical importance to the history of Sufism and the arguments that al-Ghazali sets out in it formed the basis of the development of whole schools of Sufi theory and practice of mystical love, including the extensive Sufi poetry of Rumi and Hafiz.

The text starts by elucidating the love of God for humanity and the love of man for God, and proceeds to discuss the deepening of this love to include different degrees of longing, intimacy and contentment.

Imam Abu Hamid Muhammad al-Ghazali (450/1058-505/1111) is widely known by the honorific, 'the Sultan of the Saints (awliya) of Allah'. In the history of the Saints of Islam, Shaikh Abd al-Qadir stands out as being unique, in the broad scope of perfection that includes his lineage, his complete development, piety, knowledge of the religion and adherence to the Sacred Law (Sharia), his intimate and direct knowledge of the Divine, and his establishment by the Lord of All the Worlds at the level of Reality (Haqiqa). Shaikh 'Abd al-Qadir lived almost a thousand years ago, but his words transcend the time and place in which they were recorded to span the centuries without difficulty.

Eric Linn Ormsby, born in Atlanta in 1941, is a poet, a scholar, and a man of letters. He was a long time resident of Montreal, where he was the Director of University Libraries and subsequently a professor of Islamic thought at McGill University Institute of Islamic Studies. Presently, he lives and writes in London, England, where he is Professor and Chief librarian at the Institute of Ismaili Studies.

Ormsby began writing poetry as a young man and began publishing in 1985. He has six poetry collections, Bavarian Shrine and Other Poems (1990), which won a Quebec prize for the best poetry of that year, Coastlines (1992), For a Modest God: New & Selected Poems (1997), Araby (2001), Daybreak at the Straits (2004), and Time's Covenant (2006). His poems have been published in various journals and magazines such as The New Yorker and The Paris Review and anthologized in The Norton Anthology of Poetry. He has also authored a book of essays on poetry and translation, including Arabic literature. The Wall Street Journal and New York Times among others publish his book reviews regularly.