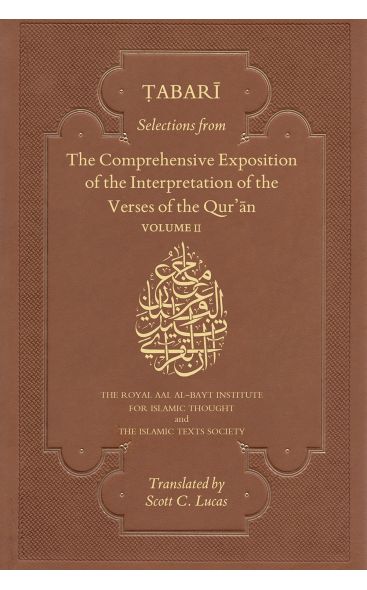 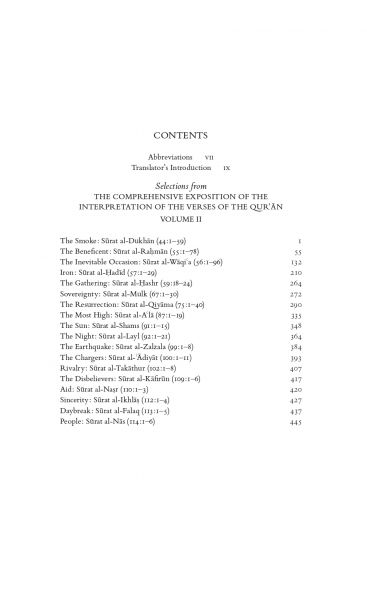 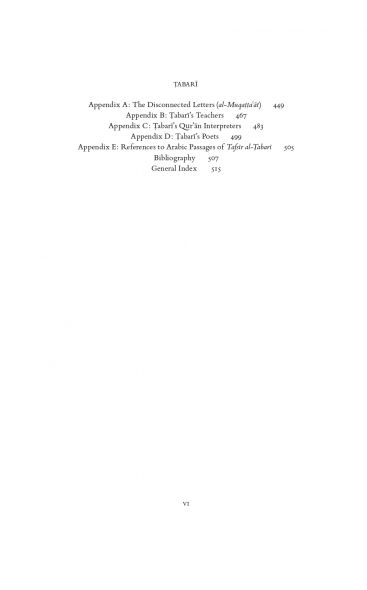 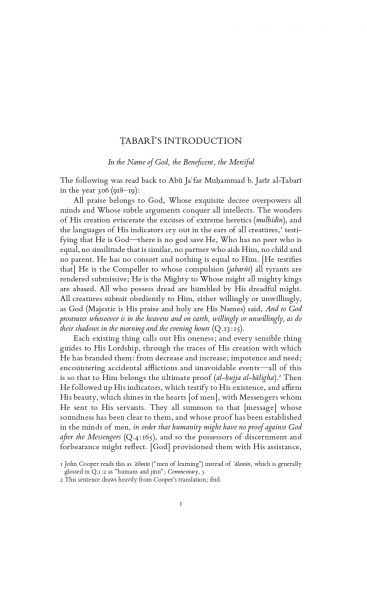 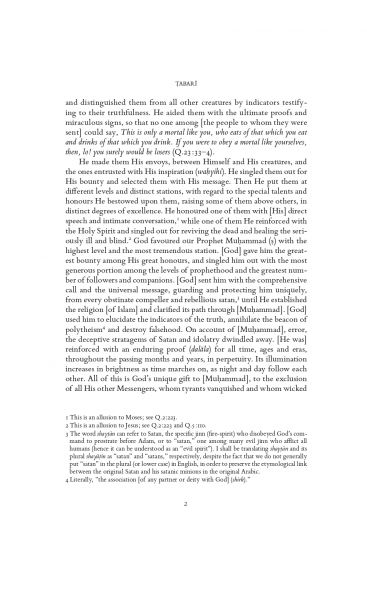 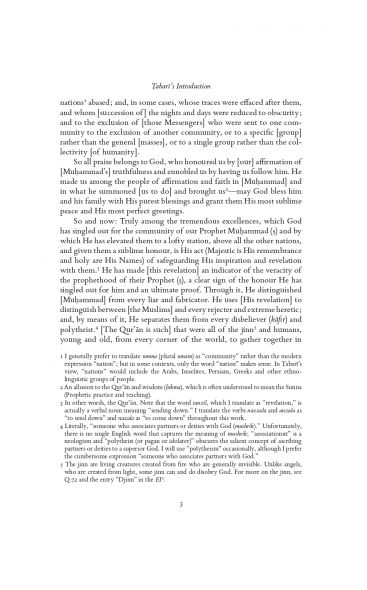 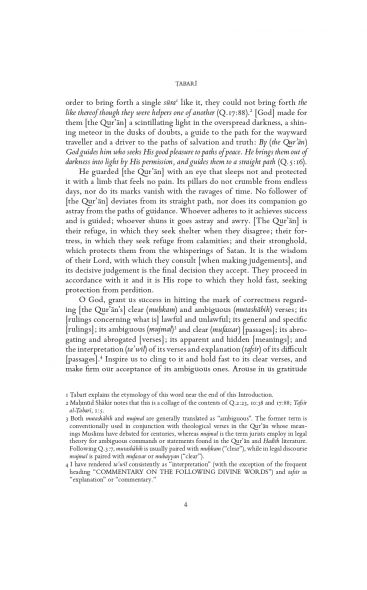 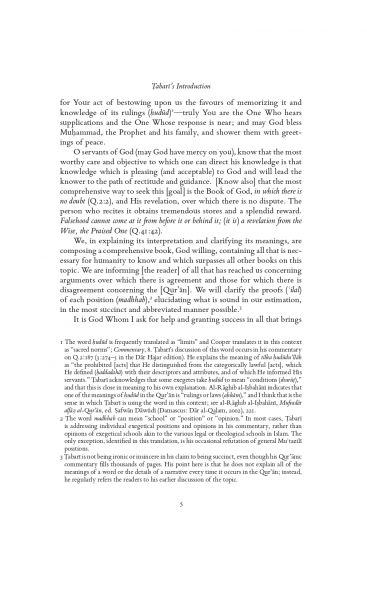 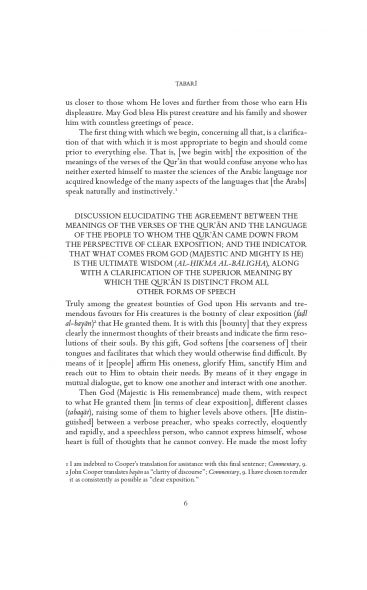 Tabari: Selections From The Comprehensive Exposition of the Interpretation of the Verses of the Qur'an - Volume 2

This two-volume translation focuses on thirty selected verses and Surahs, or Chapters, associated with special merits and blessings and also includes Tabari’s own introduction to the Comprehensive Exposition.

Imam At-Tabari was born in the city of Amul, in Tabaristan, a mountainous region lying south of the Caspian Sea in the year 839 A.C. Amul had been built on the banks of a river, and the nearest port was a place called Humm, which was at the mouth of the river.

He was one of the most famous Muslim scholars of medieval Islamic civilization. He composed numerous books in Arabic in the fields of Islamic law, Qur’an commentary, and history. The only two large books of his to survive are his History of Messengers and Kings and his Qur’anic commentary, The Comprehensive Exposition of the Interpretation of the Verses of the Qur’an.

In the ninth century A.C, Islamic learning was at its peak. Muslim scholars and scientists excelled in their learning and achievements in different fields. Abu Jafar Muhammad ibn Jarir at-Tabari surpassed them all. Learned in hadith literature, he also studied many other subjects to further his knowledge of the Holy Qur'an and the religion of Islam.

During the end of his days, he was known as a commentator on the Holy Qur'an, an expert in Islamic Jurisprudence (Fiqh), and as a famous historian. He was also the author of many books; the most famous of them was his Tafseer of the Holy Qur'an and the other was his encyclopaedia on Islamic history.

Scott C. Lucas is Associate Professor of Islamic Studies in the School of Middle Eastern and North African Studies at the University of Arizona.

Dr. Lucas started learning Arabic during his freshman year of college, which led to two fruitful periods of study in San'a', Yemen, and ultimately graduate school. His research explores the creative process by which individual Muslim scholars composed works in the genres of law, hadith, and Qur’anic commentary during the classical period of Islamic civilization.

He is married to Maha and has 2 Children Ali and Salma.