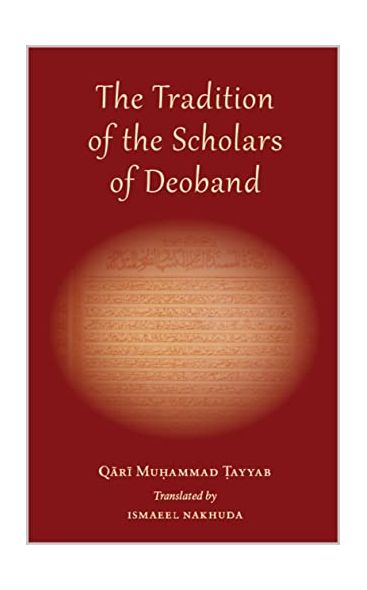 The Tradition of the Scholars of Deoband: Maslak Ulama-i-Deoband

Global geopolitics over the last twenty years is such that Deoband and the scholars affiliated to it have prominently appeared in the public conscious. What and who the scholars of Deoband are, what they believe in and what their positions on issues are seem complex, confusing journalists, academics and even common Muslims

DISCOVER THE BEST IN YOUR RELATIONSHIPS

Global geopolitics over the last twenty years is such that Deoband and the scholars affiliated to it have prominently appeared in the public conscious. What and who the scholars of Deoband are, what they believe in and what their positions on issues are seem complex, confusing journalists, academics and even common Muslims.

With lots of people fudging in dark rooms trying to understand Deoband, it is as Barbara Metcalf mentions that “the need to understand Deoband and other Islamic movements in their own terms…continues to be of great urgency in the plural, global world of today.” This translation of Qari Muhammad Tayyab’s book on this subject, Maslak Ulama-i-Deoband, is an attempt to meet this need.

There is a popular Arabic proverb that “the owner of the house knows what is in it”, and this quite rightly applies to the author of this book Qari Muhammad Tayyab (d.1983), whose unique and privileged position enabled him to elucidate the way of Deoband. He was not just the grandson of Mawlana Muhammad Qasim Nanawtawi (d.1880), the founder of Dar al-‘Ulum Deoband, but was also Deoband’s chancellor (muhtamim) for more than half a century. Often referred to as Hakim al-Islam (or the Physician of Islam), Qari Muhammad Tayyab was the son of Mawlana Hafiz Muhammad Ahmad (d.1930), who also served as the Dar al-‘Ulum’s Chancellor before him.

Having memorized the Qur’an in two years at the age of nine, Qari Muhammad Tayyab graduated from Deoband as a ‘alim in 1918. He was also a student of one of the greatest hadith masters of that era, Mawlana Anwar Shah Kashmir (d.1933), and acquired ijazah in hadith from other prominent scholars of the time, including – among many others ‒ Mawlana Khalil Ahmad Saharanpuri (d.1927), Shaykh al-Hind Mawlana Mahmud Hasan Deobandi (d.1920) and Hakim al-Ummah Mawlana Ashraf ‘Ali Thanawi. Though he first took bay‘ah in tasawwuf at the hands of Shaykh al-Hind, after his demise he turned to Hakim al-Ummah Mawlana Ashraf ‘Ali Thanawi (d.1943), who designated him as his deputy (khilafah) in 1931.

The progress that the Dar al-‘Ulum made during his time as chancellor was unprecedented, not just in terms of its sheer size and the number of students enrolled but also in the manner in which the maslak of Deoband spread across the globe. A competent public speaker with a gift of oratory and lecturing, Qari Muhammad Tayyab could speak quite naturally on difficult and complex topics for several hours without interruption or difficulty, unpacking tricky subjects concisely and eloquently. As a prominent Indian Muslim figure, Qari Muhammad Tayyab also founded the All-India Muslim Personal Law Board in 1972 that he headed until his death.

After a long and illustrious life, it was in 1983 at the ripe age of 85 that Qari Muhammad Tayyab embarked on another journey. It was in Deoband that he passed away and it was there that he was buried close to his grandfather.

Mawlana Ismaeel Nakhuda graduated from Dar al-‘Ulum Bury, UK, in 2001. He thereafter completed a BA in Journalism and Linguistics and an MA in Magazine Journalism from the University of Central Lancashire, home to one of the UK’s leading journalism departments. His undergraduate dissertation completed in 2004 was on Islamaphobia in the British press. As a trained journalist, Mawlana Ismaeel has worked extensively in print journalism, including at the Arab News in Saudi Arabia.

He is presently a freelance journalist and works in communications and PR within the UK healthcare sector. He has also previously provided communications support to the Organization of Islamic Cooperation, an inter-government organization based in the Middle East. Mawlana Ismaeel has had a specific interest in Sufism since his early teens and takes instruction in the silsilah of Shaykh al-Hadith Mawlana Muhammad Zakariyya Kandhalwi (d.1982).