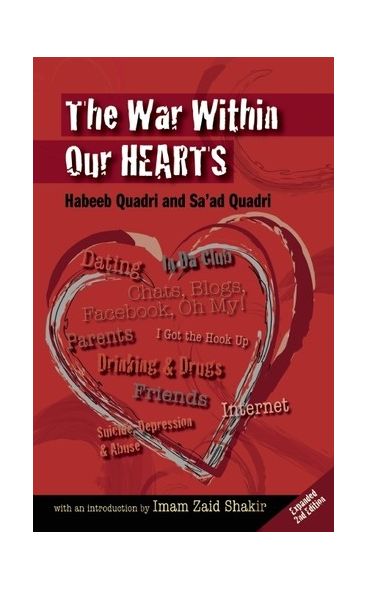 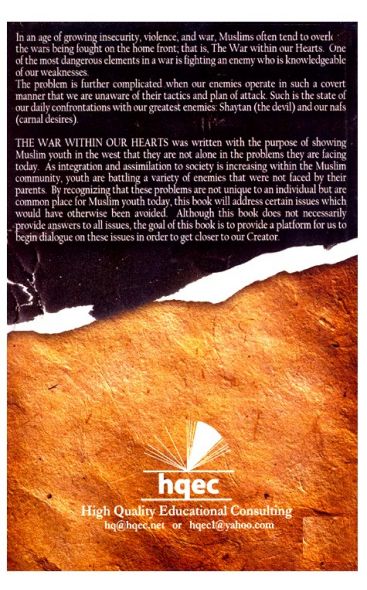 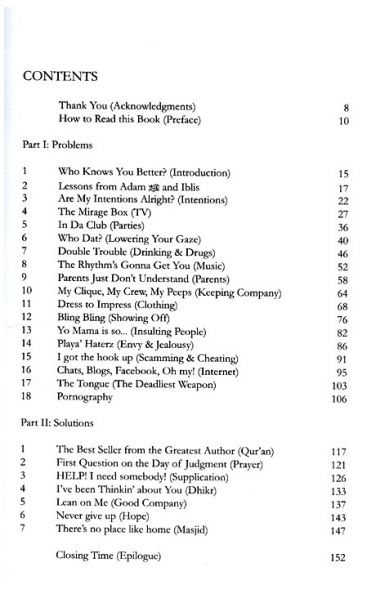 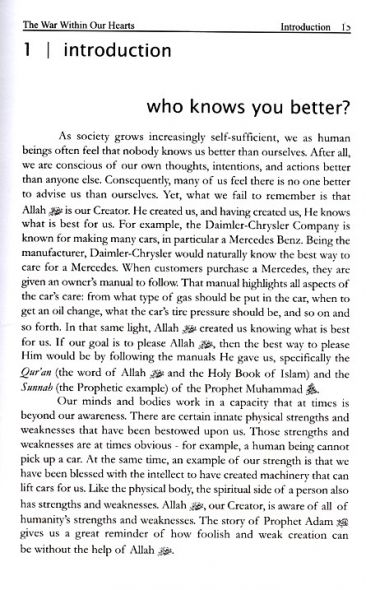 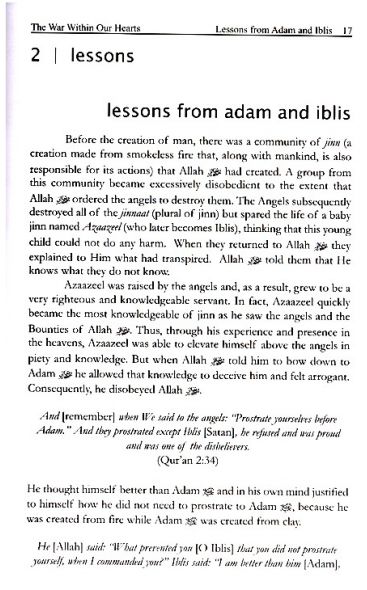 The War Within Our Hearts

Gr 8 Up–This advice book for Muslim teens covers such topics as alcohol, modesty, music, pornography, the Internet, friends, suicide, abuse, and more. The authors adhere to a fairly strict interpretation of the Qu'ran, so there is no reference whatsoever to dating and they advocate as much separation of the genders as possible. There is also no reference to LGBTQ issues, which is in keeping with the conservative tenor of the book.

The approach is positive, encouraging young Muslims to be respectful of both themselves and others. The cover and chapter titles would suggest that the language is teen-friendly, but the tone of the text is academic, dealing more with the Qu'ranic justifications for Islamic law than with helpful advice for reconciling these laws with Western culture. This volume will certainly be what some Muslim teens are looking for, but will not appeal to all.

​This is not just another book about Muslim youth. It is a book by young Muslims for young Muslims, addressing issues such as media, music, dating, and drugs in a language that is their own. With an introduction by Imam Zaid Shakir.

Habeeb Quadri is Principal of the MCC Full Time School in Morton Grove, Illinois. He has a Bachelors in Teaching of History and a Masters in School Administration. He is currently taking courses at the Harvard University Graduate School of Education's Principal's Center, where he has accumulated over 150 clock hours of instructions. In addition to teaching Habeeb has delivered hundreds of lectures throughout the United States, Canada, and abroad, on Islam, society, and social problems confronting Muslim youth and the community at large for the last 15 years.

Sa'ad Quadri, born and raised in the Chicagoland area, Sa'ad spent his entire youth studying in public schools. He completed his high school a year early in order to pursue his studies in Islamic Sciences at the Institute of Islamic Education. Thereafter he attended Northern Illinois University where he majored in English and minored in History. He is currently pursuing his Masters in Education at DePaul University. By profession, Sa'ad is a teacher and dean at the College Preparatory School of America (CPSA), Located in Lombard, Illinois.

"An insightful volume that takes on many of the issues confronting Muslim youth in the West, sometimes with humor, oftentimes with brutal frankness, but always with sound knowledge and great clarity."
— Imam Zaid Shakir, Zaytuna Institute, California