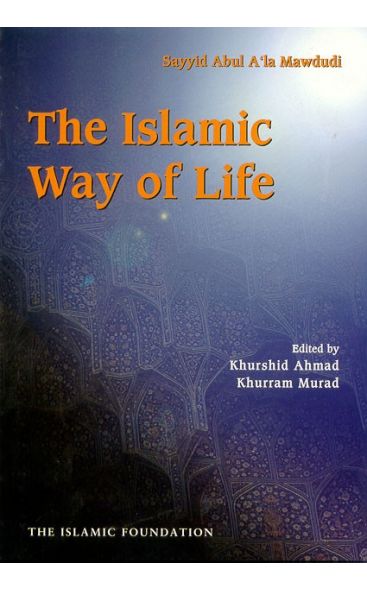 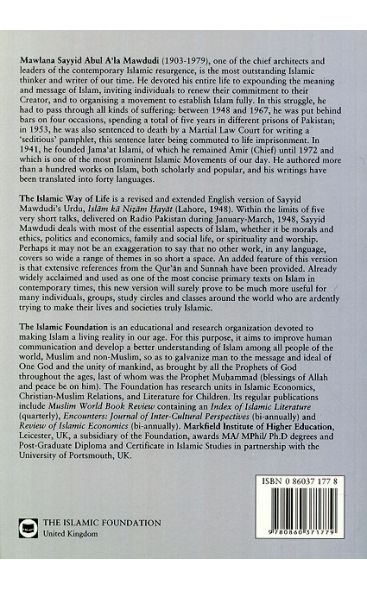 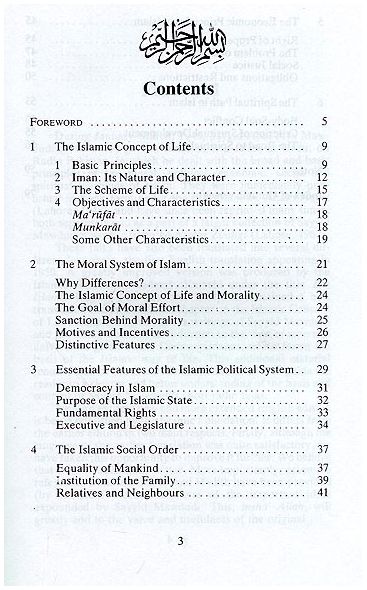 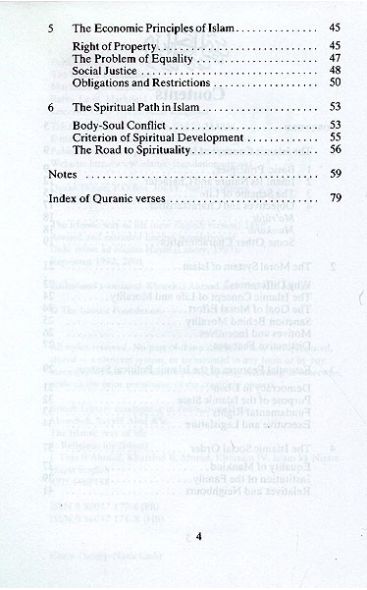 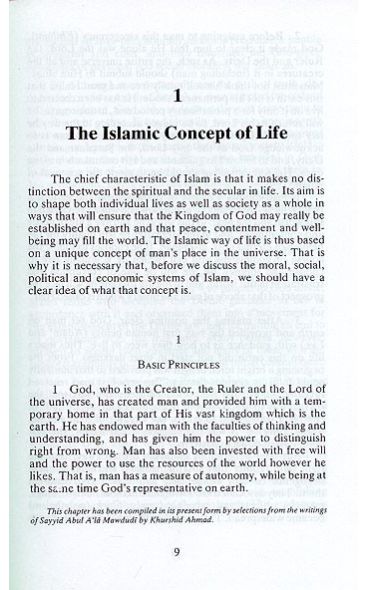 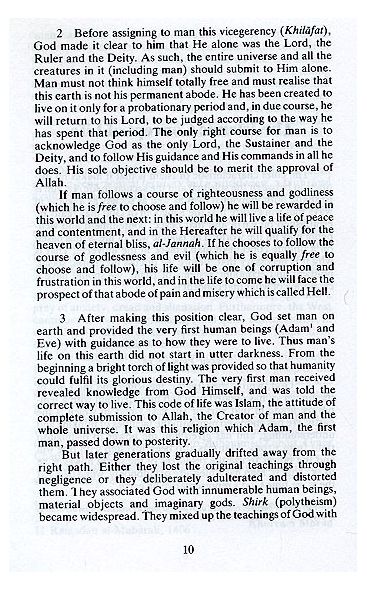 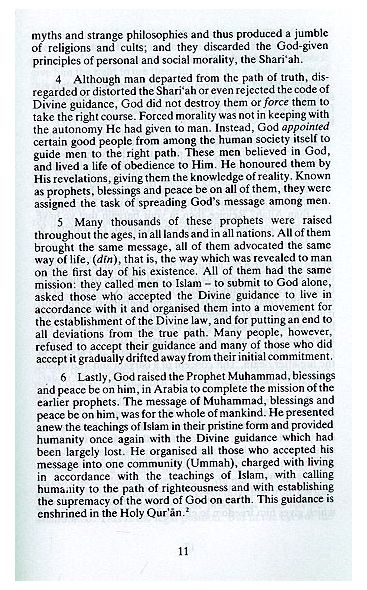 The Islamic Way of Life (Paperback)

A unique concise exposition of the Islamic world-view and its moral, political, economic, social, and spiritual teachings.

A unique concise exposition of the Islamic world-view and its moral, political, economic, social, teachings.

Abul Ala Maududi alternative spellings of last name Maudoodi, Mawdudi, and Modudi, also known as Mawlana Maududi), (25 September 1903 – 22 September 1979), was a widely read and highly influential 20th-century Islamist political philosopher, journalist, Islamic scholar, and Muslim revivalist leader in India, and later Pakistan. His numerous works were written in Urdu but translated into English, Arabic and many other languages. He strove not only to revive Islam as a or "renewer" of the religion but to propagate "true Islam", a remedy for the weakness from which Islam had suffered over the centuries. He believed politics was essential for Islam and necessary to institute Islamic sharia law and preserve Islamic culture from what he saw as the evils of secularism, nationalism, and women's emancipation.

He was the founder of the Islamic revivalist party, Jamaat-e-Islami, and in Pakistan was considered the best known, "most controversial", and "most visible" religious leader in the country. He and his party are thought to have been the most important influences generating support for an Islamic state in Pakistan. They are thought to have helped inspire General Muhammad Zia-ul-Haq to introduce "Sharization" to Pakistan and to have been greatly strengthened by him after 10,000s of members and sympathizers were given jobs in the judiciary and civil service during his administration. Maududi was the first recipient of the Saudi Arabian King Faisal International Award for his service to Islam in 1979.

Khurshid Ahmad (Editor) born 23 March 1932; popularised as Professor Khurshid, is a Pakistani economist and Islamic activist who earned fame in his pioneering development of Islamic economic jurisprudence as an academic principle.

A senior and known ultraconservative figure, he has been a long-standing member of the Jamaat-e-Islami (JeI and successfully contested in 2002 general elections for a technocrat seat on a platform of Muttahida Majlis-e-Amal (MMA)—an alliance of far-right parties. Previously, he had served as the deputy chairman of the Planning Commission in a military government of President General Zia-ul-Haq, where he played an influential role in Islamization of the country's national economy in the 1970s. Ahmad is cited as the father of modern Islamic economics and Islamic capitalism and is considered one of the influential thinkers in the field of Islamic economics.

Khurram Murad (Editor) with his da'wah activities began in Pakistan, has been involved in the promotion of the Islamic movement in Asia, Europe, and Africa. As a teacher and a his speeches and orations have inspired thousands of young men and women all over the world. As chief of the training departments of the Jamiat, the Jamaat and as an active resource-person in training programmes in the UK, he played a key role in the character-building of the youth in the Islamic Movement.

Khurram Murad served as Naib Amir (Vice-President) Jamaat-e-Islami Pakistan and Amir (President) in Bangladesh, a Trustee and a former Director General of the Islamic Foundation in Leicester, UK, and editor of Tarjumanal Qur'an, Lahore, Pakistan (a journal founded by the Islamic scholar, Abul Ala Maududi in 1932), and the quarterly Muslim World Book Review, UK. He was also a prisoner of war for many years in the 1971 Indo-Pakistani war. He was born in Bhopal, India, and after graduating cum laude, he took his Master's degree in Civil Engineering from the University of Minnesota. From 1975–1976, he was involved in the extension project of Masjid al-Haram in Mecca as he was a civil engineer by profession. He received his engineering degree from NED University, Karachi. During his time in NED, he gained stature as a student leader and later served as Nazim-e-Ala of Islami Jamiat Talaba for session 1951–52.