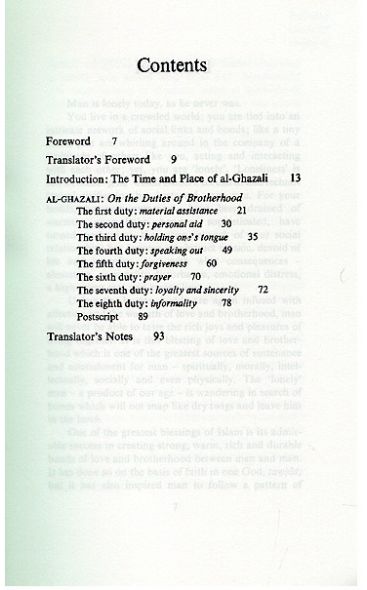 The Duties of Brotherhood in Islam

Al-Ghazali explores the meaning and significance of fraternity in Islam in this brilliant essay from his seminal work, The Revival of the Religious Sciences, which covers material assistance, personal aid, holding ones tongue, speaking out, forgiveness, loyalty, sincerity and informality.