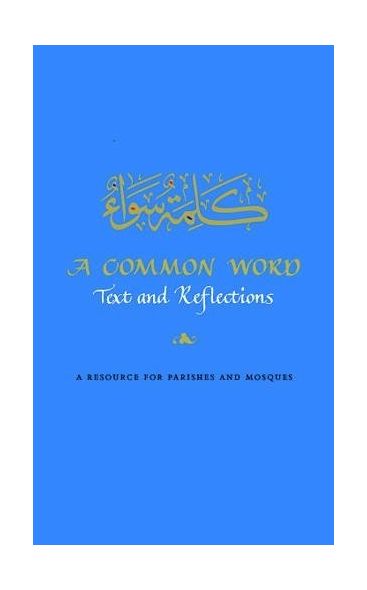 A Common Word: Text and Reflections : A Resource for Parishes and Mosques

A Common Word:Text and Reflections: A Resource for Parishes and Mosques.

Signature of a Muslim

Gleams from the Rawdat Al-Shuhada'

Jesus in the Qur'an

The basis for this peace and understanding already exists. It is part of the very foundational principles of both faiths: love of the One God, and love of the neighbor. These principles are found over and over again in the sacred texts of Islam and Christianity. The Unity of God, the necessity of love for Him, and the necessity of love of the neighbor is thus the common ground between Islam and Christianity. The following are only a few examples:

Lejla Demiri is a 2010/2011 postdoctoral fellow with the "Europe in the Middle East - the Middle East in Europe" project sponsored by Berlin-Brandenburgische Akademie der Wissenschaften, the Fritz Thyssen Foundation, and the Wissenschaftskolleg zu Berlin. Her research focuses on respective Muslim and Christian understandings of the religious ‘other’, as expressed in Arabic and Ottoman Turkish theological writings; her current project is "A Muslim Approach to Religious Diversity and Salvation in the late 17th and Early 18th Centuries: ‘Abd al-Ghanī al-Nābulusī (1641-1731) on Christianity and Christian Theology." From 2007-10 Demiri was a Research Fellow at Trinity Hall College, Cambridge University, and she also taught courses on religious pluralism and interfaith dialogue at the Cambridge Muslim College. Demiri holds a BA and MA from Marmara University, licentiate degree and postgraduate diploma from the Pontifical Gregorian University, and a PhD from the University of Cambridge.