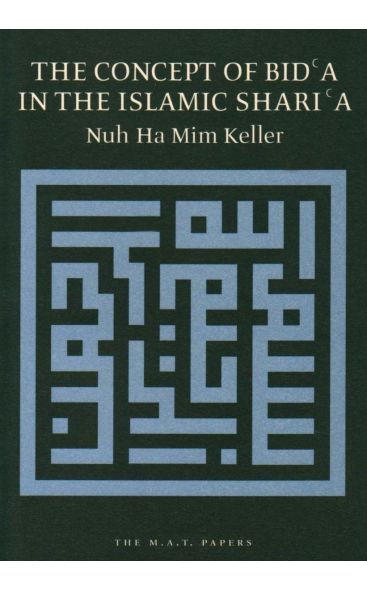 The Concept of Bid'a in the Islamic Shari'a (M.A.T. Papers)

There are few topics that generate as much controversy today in Islam as what is sunna and what is bida or reprehensible innovation.

The Creed Made Easy: A bilingual introduction...

There are few topics that generate as much controversy today in Islam as what is sunna and what is bida or reprehensible innovation, perhaps because of the times Muslims live in today and the challenges they face. Without a doubt, one of the greatest events in impact upon Muslims in the last thousand years is the end of the Islamic caliphate at the first of this century, an event that marked not only the passing of temporal, political authority, but in many respects the passing of the consensus of orthodox Sunni Islam as well. No one familiar with the classical literature in any of the Islamic legal sciences, whether Qur'anic exegesis (tafsir), hadith, or jurisprudence (fiqh), can fail to be struck by the fact that questions are asked today about basic fundamentals of Islamic Sacred Law (Sharia) and its ancillary disciplines that would not have been asked in the Islamic period not because Islamic scholars were not brilliant enough to produce the questions, but because they already knew the answers.

My talk tonight will aim to clarify some possible misunderstandings of the concept of innovation (bida) in Islam, in light of the prophetic hadith,

The sources I use are traditional Islamic sources, and my discussion will centre on three points:

The first point is that scholars say that the above hadith does not refer to all new things without restriction, but only to those which nothing in Sacred Law attests to the validity of. The use of the word "every" in the hadith does not indicate an absolute generalization, for there are many examples of similar generalizations in the Qur'an and sunna that are not applicable without restriction, but rather are qualified by restrictions found in other primary textual evidence.

The second point is that the sunna and way of the Prophet (Allah bless him and give him peace) was to accept new acts initiated in Islam that were of the good and did not conflict with established principles of Sacred Law, and to reject things that were otherwise.

And our third and last point is that new matters in Islam may not be rejected merely because they did not exist in the first century, but must be evaluated and judged according to the comprehensive methodology of Sacred Law, by virtue of which it is and remains the final and universal moral code for all peoples until the end of time.

Shaykh Nuh Ha Mim Keller is an American converted to Islam. He is a translator of Islamic books and a specialist in Islamic law, as well as being authorised by Abd al-Rahman al-Shaghouri as a sheikh in sufism in the Shadhili Order.

His English translation of Umdat al-Salik, Reliance of the Traveller, (Sunna Books, 1991) is a Shafi'i manual of Shariah. It is the first Islamic legal work in a European language to receive the certification of Al-Azhar University. This translation has led to this work becoming influential among Western Muslims.