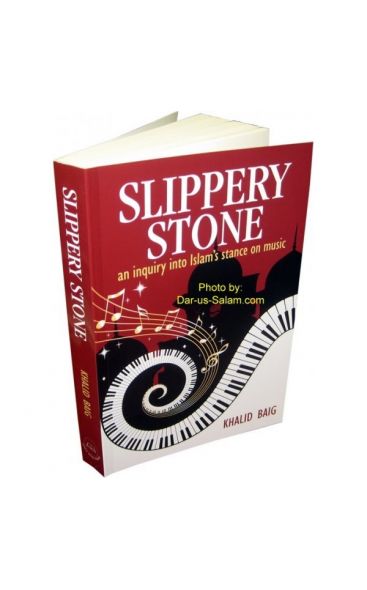 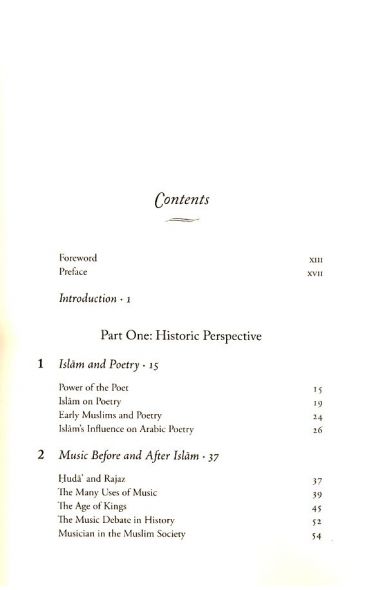 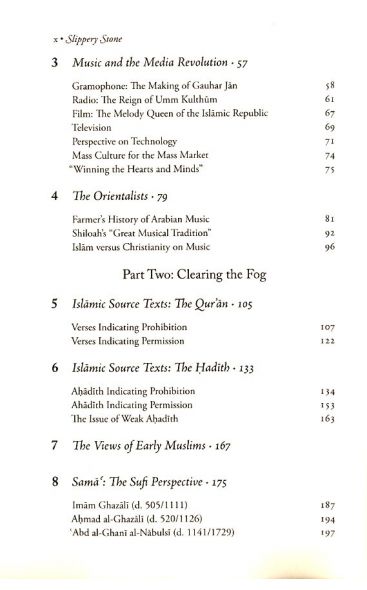 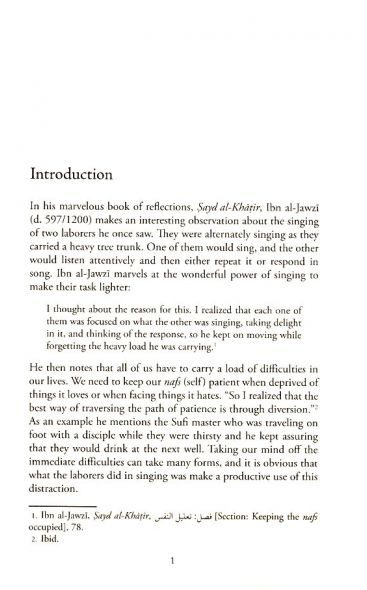 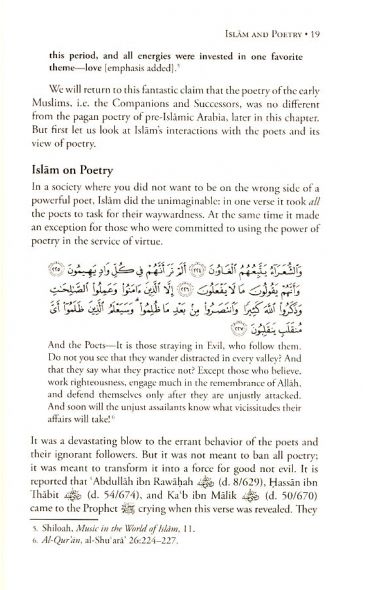 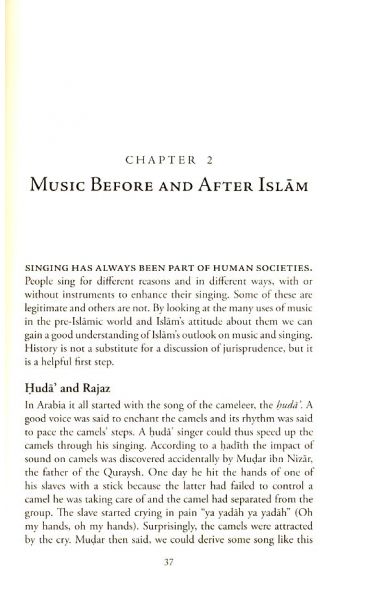 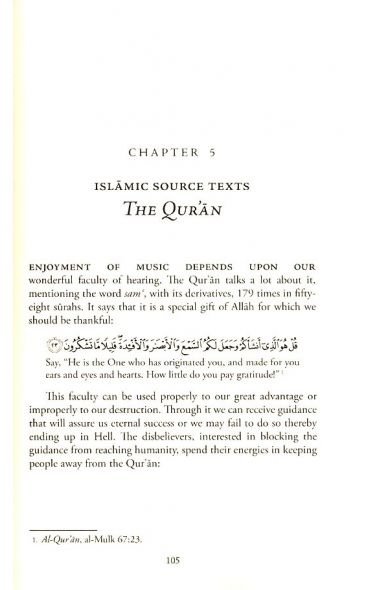 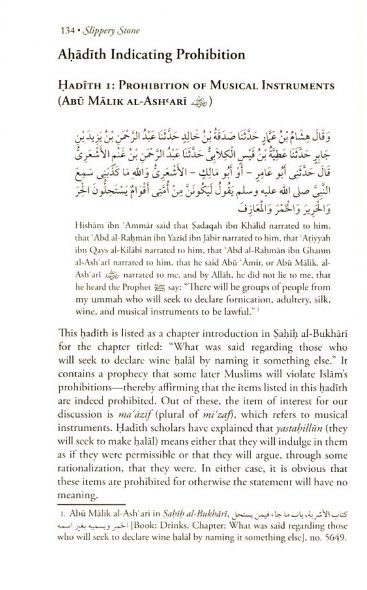 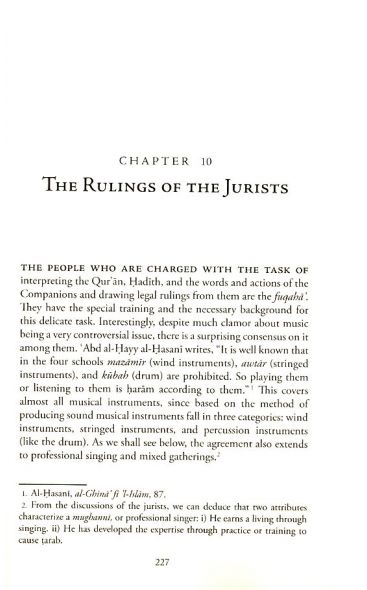 Slippery Stone: An Inquiry into Islam's Stance on Music

This book demystifies the issue of music in Islam.

Mukhtasar Al-akhdari: The Fiqh of The Acts of...

Commentary on The Initiation of Abu Laith...

What does Islam say about poetry, singing, musical instruments, musicians, and the business of music? What is the truth about the much-publicized "music controversy" in Islam? This book demystifies the issue of music in Islam. More than six hundred references and more than a hundred twenty biographical notes on the authorities quoted add to the value of a discussion that is comprehensive without being boring, and detailed without being confusing.

What does Islam say about poetry, singing, musical instruments, musicians, and the business of music? How have Muslim societies historically looked at these questions and how have their attitudes changed in the media age? Why have mosques remained music-free while churches have not? What is the truth about the much-publicized "music controversy" in Islam? Why did Sufis call sama as the slippery stone? These are some of the questions explored in-depth in Slippery Stone: An Inquiry into Islam's Stance on Music.

Of late, increasing attempts are being made to promote "Islamic music," and the distinction between what is allowed and what is not has become hazy and unclear for many. This book demystifies the issue of music in Islam by going to original source books in Arabic, many of them brought to light for the first time in the English language. It traces the attitudes of the Muslim society about music and the musician throughout its history and quotes extensively from the deliberations of the Qur'an and Hadith scholars and jurists from all schools of Islamic Law, both Sunni and Shi'ah. Separate chapters are devoted to a discussion of the views of Sufi masters as well as the arguments of Ibn Hazm.

It examines in considerable depth the impact of colonialism and the media revolution (beginning with the gramophone) on the attitudes of Muslim societies regarding music. It also subjects the works of Orientalists to a scrutiny that was overdue.

By referring to it as a slippery stone, Sufis vividly pointed out the dangers associated with this enterprise and emphasized the need for caution. History is filled with the corpses of those who fell off the slippery stone by ignoring this advice. Combining historic, cultural, and jurisprudential perspectives this book brings the truth of that metaphor into sharp relief.

"... a wonderful book. May Allah accept it and may He make it a source of guidance to those who wish to be guided. Its historical sweep, its comprehensiveness, its details, its overall plan, presentation of material, a thoroughly worked out schema and anchorage in solid scholarship is simply outstanding. Its respectful handling of tricky areas, and reliance on primary sources has combined to produce a kind of book that is seldom available on a contemporary issue. Its lucidity is indicative of a light from the Divine guidance that produces in the human mind and heart a clarity of such nature. The author's choice of using the Arabic text and the beautiful production also adds to the usefulness of the book. "
- Dr. Muzaffar Iqbal, President, Center for the Study of Islam and Science, Canada

"Khalid Baig, in his Slippery Stone, has written an impressive academic tome on the issue of music, poetry and singing in Islam. He discusses the historical development of these genres in the Muslim context, and documents various theological and legal responses that followed. This work is sure to become a standard reference in its field for many years to come."
- Shaykh Yasir Qadhi, Dean of Academic Affairs, Almaghrib Institute, USA

"Khalid Baig has discussed relevant issues surrounding the issue of music, singing, use of musical instruments, and popular music etc., and has explained clearly what is permissible and what is prohibited by Islam . . . The extensive list of original and secondary sources used indicate the author's grasp of the subject."
- Syed Salman Nadvi, Formerly Professor and Chairman, Department of Islamic Studies, University of Durban-Westville

"Appropriately titled, Slippery Stone deals with the topic of music in Islam in substantial detail clarifying all the issues on music in a lucid manner. Contemporary, convincing, comprehensive . . . this book is a must read for all who wish to learn about this subject."
- Mufti Zubair Bayat, Darul Ihsan Research and Education Center

"For centuries, the fiqhi rulings on music have been quite evident. In this day and age of information and temptation, the minds of Muslims have become convoluted in this regards. Khalid Baig has done a marvelous job of bringing together every traditional, shar'ee, and historic evidence regarding the status of music in Islam. A must read for every Muslim who is in doubt in regards to this topic."
- Imam Tahir Anwar, Imam and Director, South Bay Islamic Association

Khalid Baig is an engineer by profession and has been writing on Islam and contemporary affairs since 1986. He is the author of First Things First (2004) and The Accepted Whispers (2005). He is also the editor of the Albalagh E-Journal.