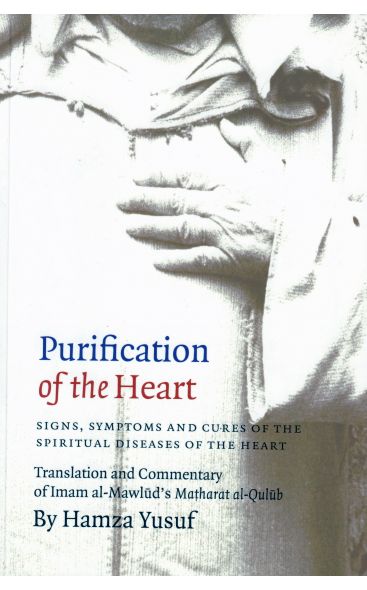 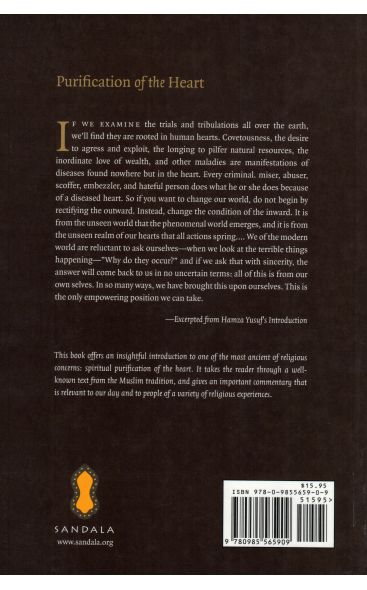 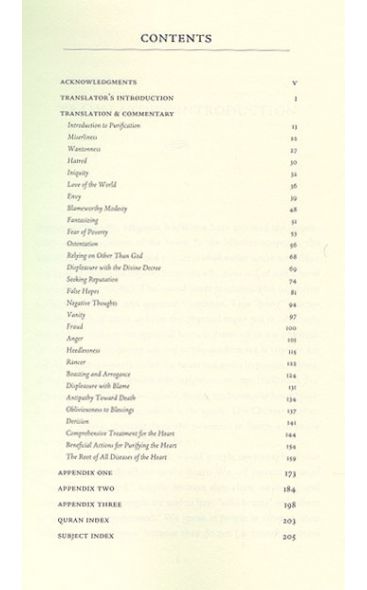 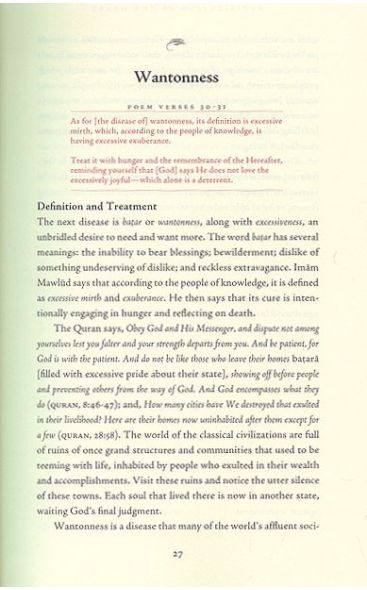 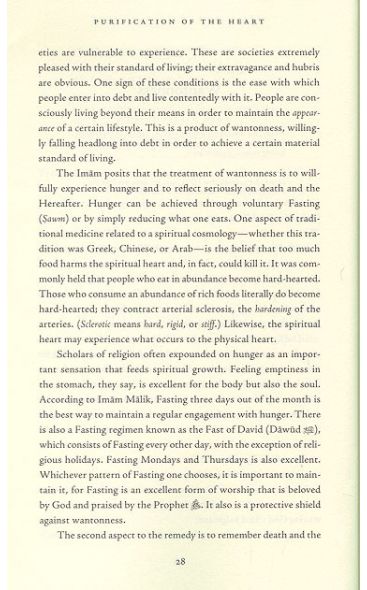 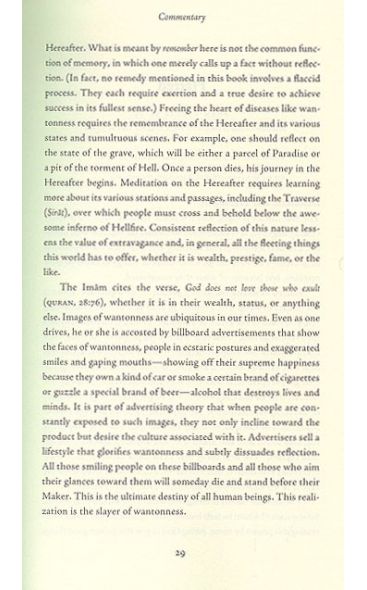 This present text is based on the poem known as “Matharat al-Qulub,” which offers a means by which spiritual purification can be achieved.

This present text is based on the poem known as “Matharat al-Qulub,” which offers a means by which spiritual purification can be achieved. It was written by a great scholar, Shaykh Muhammad Mawlud, a brilliant scholar who mastered all of the Islamic sciences, including the inward sciences of the soul.

The spiritual diseases of the heart addressed in this volume include: miserliness, wantonness, hatred, iniquity, envy, ostentation, vanity, fraud, and more. Imam Mawlud directs his attention to each of these diseases, discusses their causes, and offers cures. His teachings imply that purification is a life-long process, not something that is applied once and then forgotten.

Purity of heart never survives a passive relationship. Rather, it requires constant consideration. This book hopes to introduce to readers how that is done.

This book offers an insightful introduction to one of the most ancient of religious concerns: spiritual purification of the heart. It takes the reader through a well-known text from the Muslim tradition, and gives important commentary that is relevant to our day and to people of a variety of religious experiences.

Muḥammad Mawlūd was born in the country of Mauritania in approximately the year 1260 Hijra/ 1844 C.E. Mauritania is a desert country with its inhabitants living primarily as nomadic herders and subsistence farmers. Despite the harsh environment that provided very few resources, the Mauritanians were able to establish a sophisticated system of preserving the sacred sciences of Islam. There were specific clans, known as zawāya, in Mauritania that made scholarship their primary focus took every effort to pass on knowledge to each successive generation. It was into one of these families that Muḥammad Mawlūd was born, thus receiving his portion of the Inheritance of the Prophets.

He came from a long line of scholars who were also accomplished authors and religious judges who ran traditional Islamic Universities, known as maḥḍaras2. His father is Qadi Ahmed Fāl the son of Qadi Muhamadhan Fal the son of Qadi al-Amin the son of Qadi al-Mukhtar the son of Qāḍi al-Fa'a Musa. Even though many of his grandfathers were qāḍis, Muḥammad Mawlūd chose not to take that position preferring to spend his time authoring books, specifically focusing on Spirituality (taṣawwuf) and the Arabic language. He is from the family known as the Ya’qūbiyīn who are descendents of Jaʿfar ibn Abī Ṭālib, the cousin of the Prophet Muḥammad. His mother is Maryam bint Muḥammad Mawlūd ibn al-Nāhī was also knowledgable and she was her son’s first teacher. Muḥammad Mawlūd authored many works on what he saw as much needed relevant knowledge. In total, he has authored of 70 works including books, poems and commentaries.

Muḥammad Mawlūd passed away in the year 1323 H/1905 C.E. after experiencing a light sickness that did not last very long. He is buried in the area known as al-ʿArsh, which is 110 km south of the Mauritanian capital city of Nouakchott. He lived a little over 60 years and in that time established a legacy of scholarship through his books and students. The Muslim community, which has benefitted immensely from these and other works of Muḥammad Mawlūd, is forever indebted to him for his selfless work that he dedicated his life to.

He is an advisor to the Center for Islamic Studies at the Graduate Theological Union in Berkeley.He also serves as a member of the board of advisors of George Russell's One Nation, a national philanthropic initiative that promotes pluralism and inclusion in America. In addition, he serves as vice-president for the Global Center for Guidance and Renewal, which was founded and is currently presided over by Abdallah bin Bayyah.