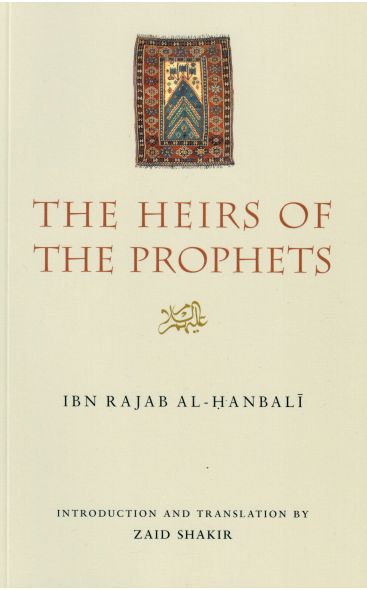 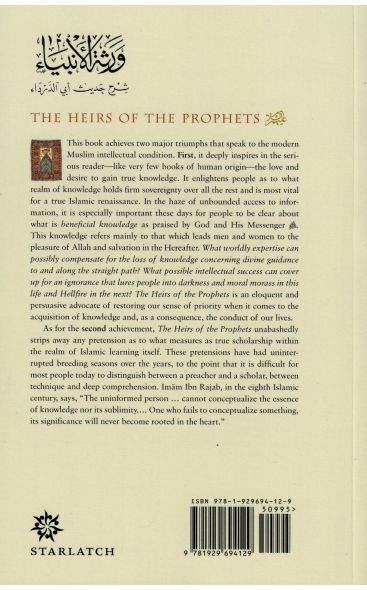 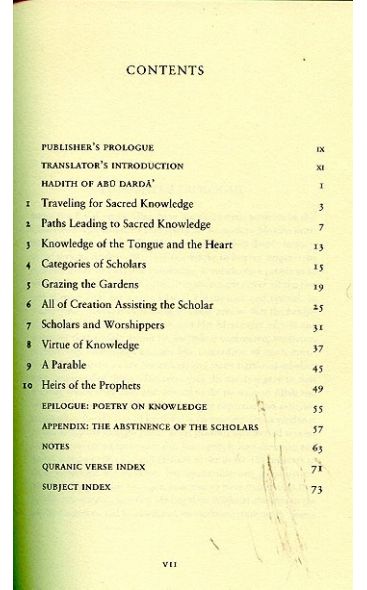 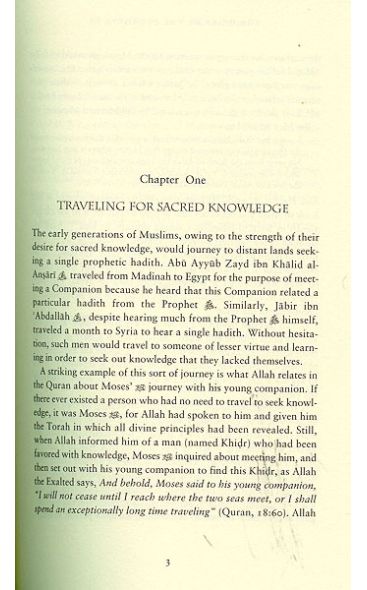 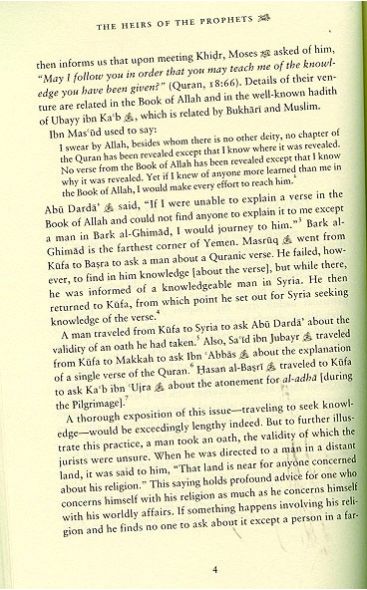 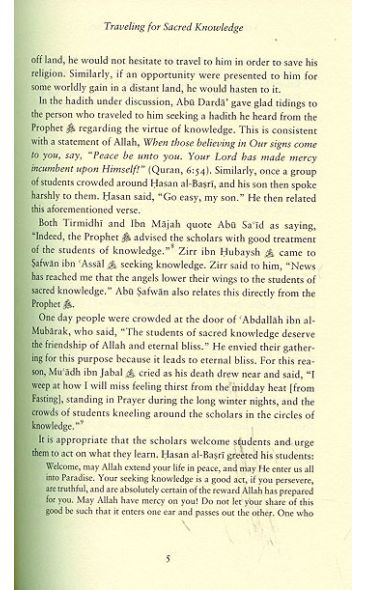 The Heirs of the Prophets

From the back cover: “This book achieves two major triumphs that speak to the modem Muslim intellectual condition. First, it deeply inspires in the serious reader-like very few books of human origin-the love and desire to gain true knowledge. It enlightens people as to what realm of knowledge holds firm sovereignty over all the rest and most vital for a true Islamic renaissance. In the haze of unbounded access to information, it is especially important these days for people to be clear about what is beneficial knowledge as praised by Allah and His Messengers (pbuh). This knowledge refers mainly to that which leads men and women to the pleasure of Allah and salvation in the Hereafter. What worldly expertise can possibly compensate for the loss of knowledge concerning divine guidance to and along the straight path? What possible intellectual success can cover up for an ignorance that lures people into darkness and moral morass in this life and Hellfire in the next?

The Heirs of the Prophets is an eloquent and persuasive advocate of restoring our sense of priority when it comes to the acquisition of knowledge and, as a consequence, the conduct of our lives. As for the second achievement, The Heirs of the Prophets unabashedly strips away any pretension as to what measures as true scholarship within the realm of Islamic learning itself. These pretension have had uninterrupted breeding seasons over the years, to the point that it is difficult for most people today to distinguish between a preacher and a scholar, between technique and deep comprehension. The great scholar Imam Ibn Rajab, in this book composed in the eighth Islamic century, has fired a silver bullet that slays the superficiality that stubbornly persists today. He says, “The uninformed person…cannot conceptualize the essence of knowledge nor its sublimity…. One who fails to conceptualize something, its significance will never become rooted in the heart.” The Hears of the Prophets is a push-start to conceptualizing the utter importance of gaining beneficial knowledge so that it can be rooted in the heart of the Muslim body.”


Imam ibn Rajab al-Hanbali was known as the leading scholar of his era, an eminent Quran master, a jurist of repute, a moving sermonizer, and a major historian. He was born in Baghdad in 1335. At the age of eight, he moved to Damascus along with his father. In Damascus, he began his religious studies, first memorizing the Quran in its variant canonical readings. He then began the study of hadith, a pursuit that would take him to Makkah, Egypt, and other Islamic centers of learning. Ibn Rajab studied with the leading scholarly authorities of his day. He was especially influenced by the great Hanbali scholar, Ibn Qayyim al-Jawziyya, one of the most renowned names in Muslim history.