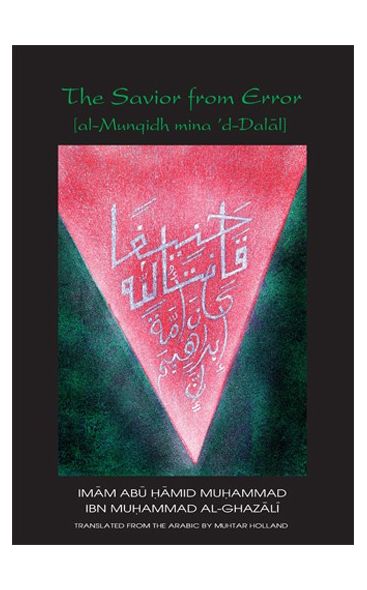 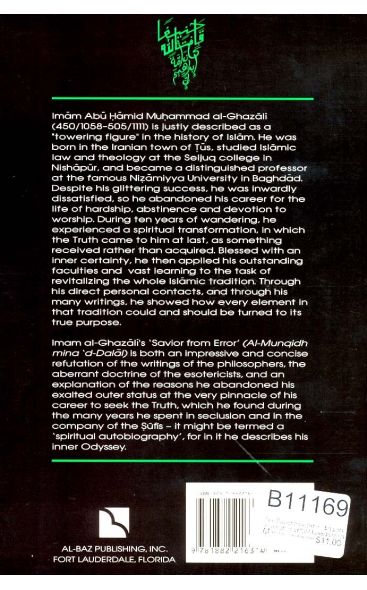 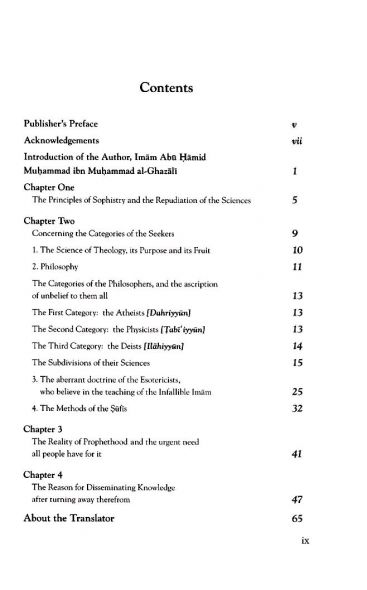 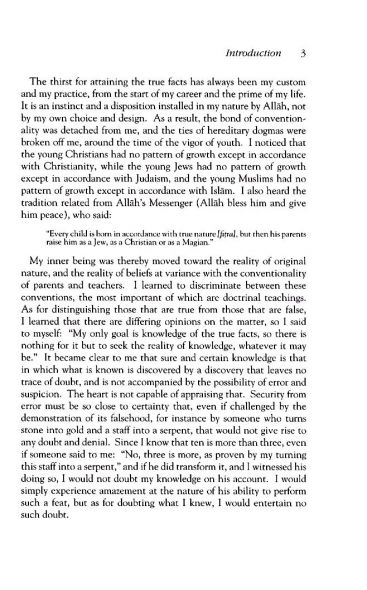 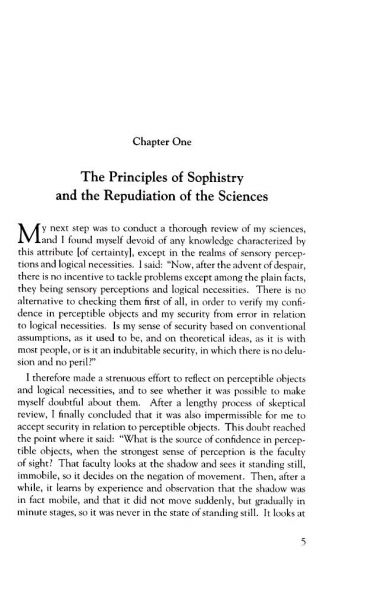 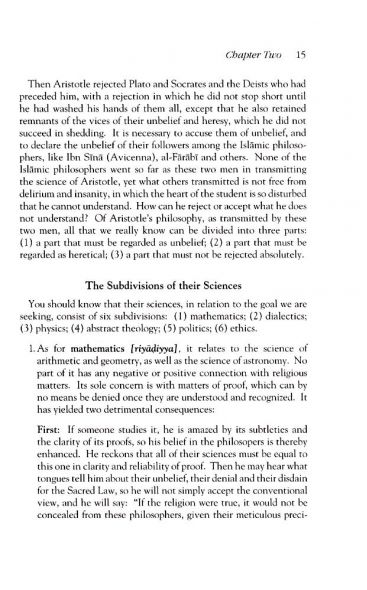 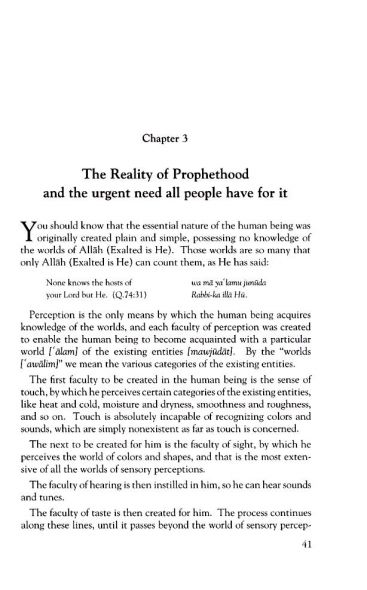 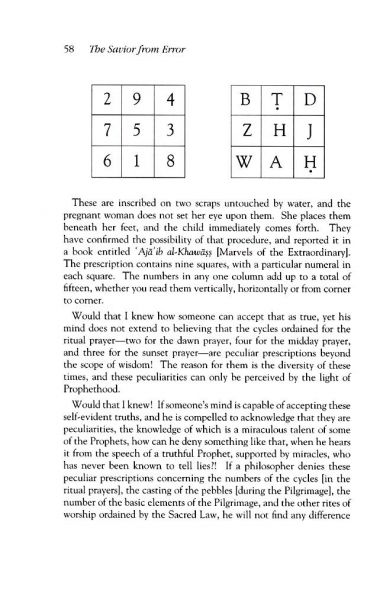 This is the 'spiritual autobiography' of the great Imam al-Ghazali, and describes what caused him to leave fame and fortune to undertake the spiritual path.

This is the 'spiritual autobiography' of the great Imam al-Ghazali, and describes what caused him to leave fame and fortune to undertake the spiritual path. In it, besides providing a personal history and describing the key events which led to this and flowed from it.

Imam al-Ghazali takes time to repudiate the methods and logic of the philosophers and the esotericists (batiniyya) and the principles of sophistry. Lastly, he provides a section on the Reality of Prophethood and the urgent need all people have for it.