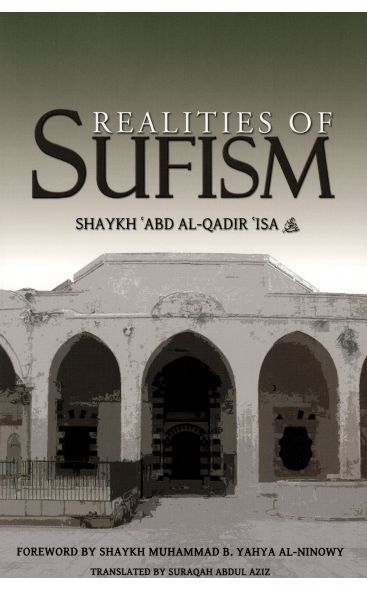 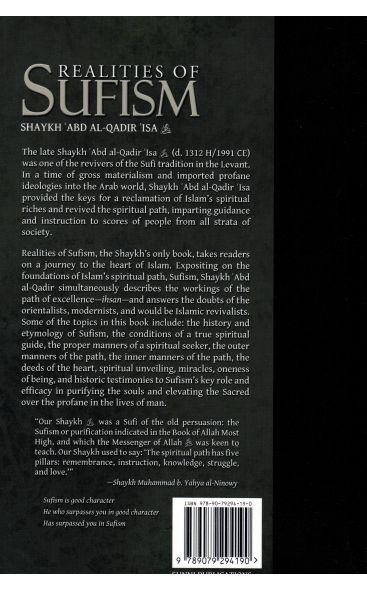 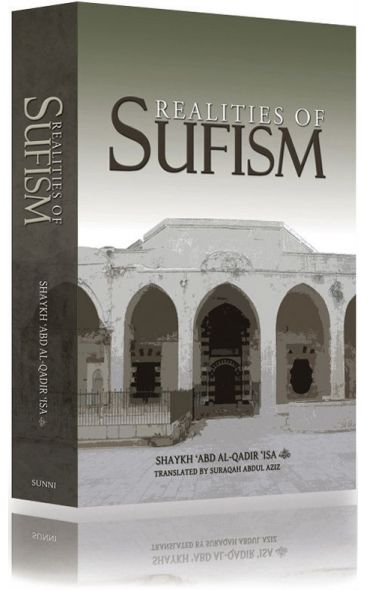 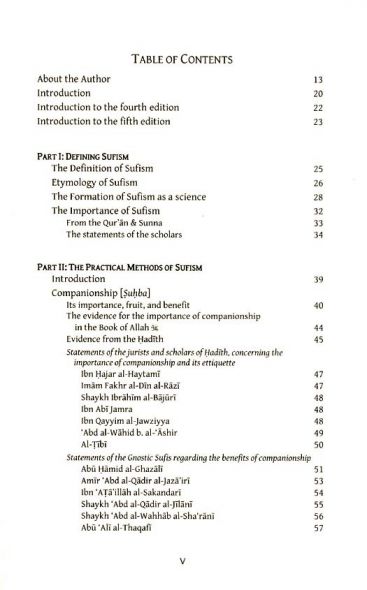 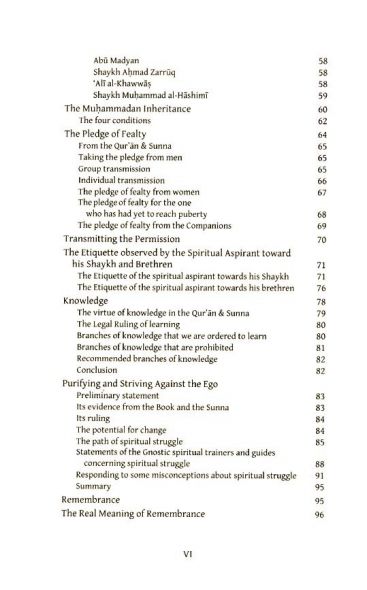 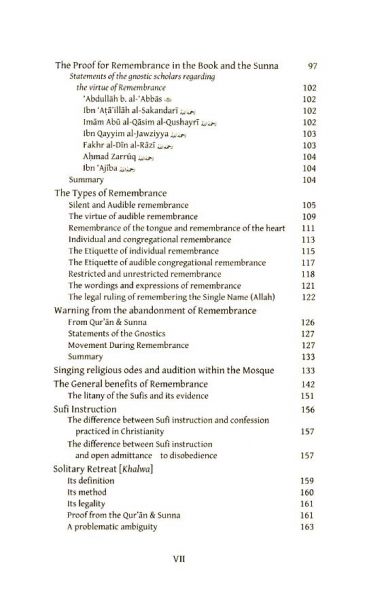 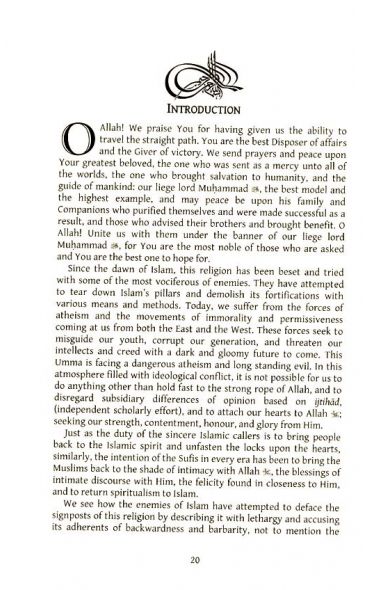 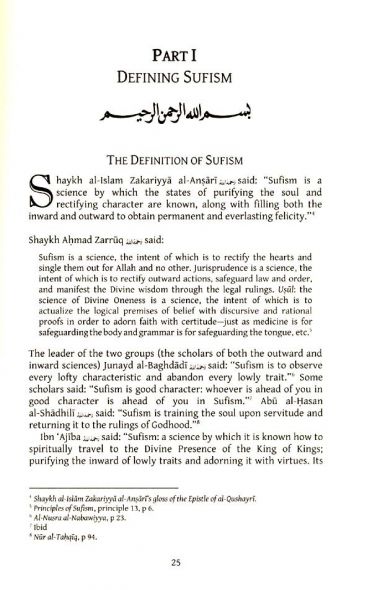 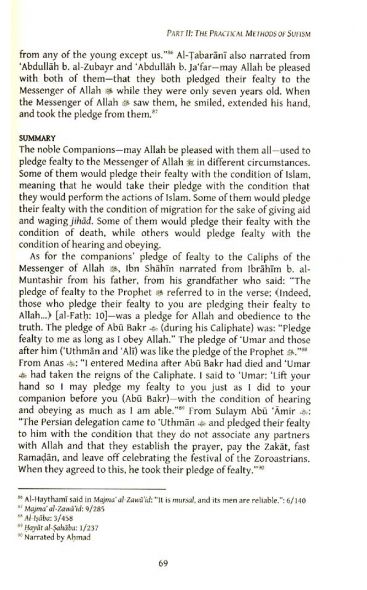 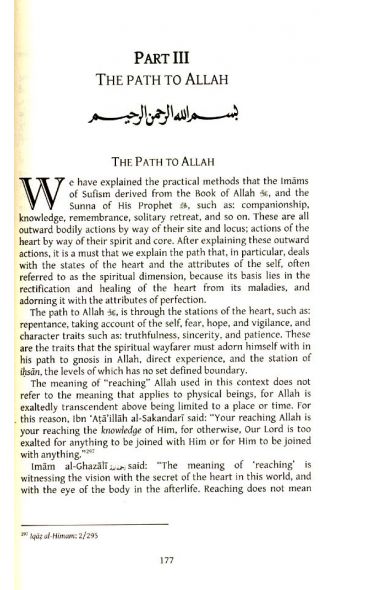 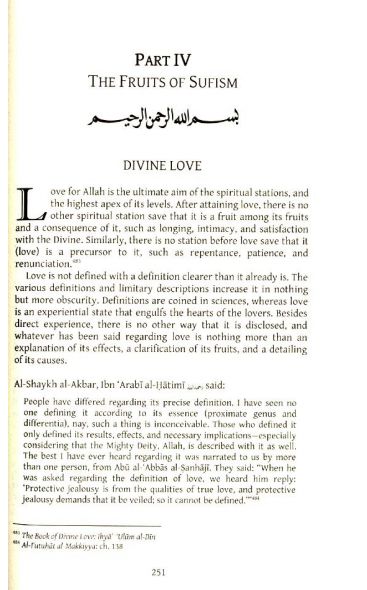 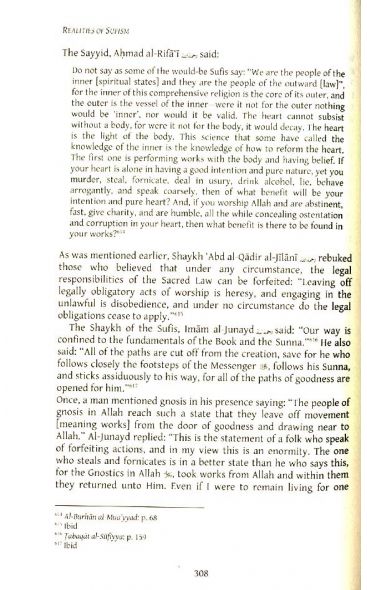 All praise belongs to Allah as befits His Majesty and Perfection. And may prayers and salutations be upon our Master Muhammad and his family.

In the Name of Allah, the Compassionate, the Merciful

All praise belongs to Allah as befits His Majesty and Perfection. And may prayers and salutations be upon our Master Muhammad and his family.

He is our first teacher and Shaykh; the reliable pillar of those who arrived and the exemplar of the spiritual travellers; the possessor of splendid miracles and manifest spiritual allusions; the Shaykh of the Shadhilis in the blessed land of Aleppo; the reviver of the path of the esteemed ‘Alawi Darqawi Shadhilis in the Levant; the goal of the resolute and the qibla of the purveyors of spiritual divestment; and the possessor of radiant countenance and Muhammadan lights. He is the Shaykh of the noble and renowned Qadiri Shadhili spiritual path [Tariqa]; the spiritual guide and trainer: Sayyidi ‘Abd al-Qadir ‘Isa al-‘Azizi al-Husayni – may Allah have mercy upon him. His biography resembles that of the rightly-guided Ummayad Caliph ‘Umar b. ‘Abd al-‘Aziz – may Allah be pleased with him.

He grew up wearing the finest of clothes and using the most expensive of scents – in fact, similitudes were struck among the people on the basis of his elegant style and handsome appearance. That was until, the people of Allah captivated him with love for Allah Most High and complete immersion in His remembrance. He journeyed from the created universe to the Creator and remained in that state until his soul returned – content with its love for its Lord – to its Maker. May Allah Most High reward him on our behalf with the best reward.

He left Syria for the Hijaz and then to Jordan and was subject to injuries and tests for the sake of Allah. He was confronted by foolish people and remained firm in the face of many types of tribulation. He later went to Turkey to pour out his noble soul to his Maker and was buried next to the esteemed Companion, our master Abu Ayyub al-Ansari – may Allah be pleased with him.

During his days of exile and tribulation he wrote this beautiful book Realities of Sufism. His intention behind the book was to refute the various misconceptions and false claims levelled against the esteemed path of the real Sufism; the Sufism that is confined to the Book and the Sunna and that follows the predecessors of this Umma: Ahl al-Sunna wa al-Jama‘a.

Abu Yahya Muhammad b. Yahya al-Ninowy al-Husayni al-Halabi May Allah forgive him, his parents, and the believers Atlanta Georgia 16 Ramadan 143.

Shaykh Abdul Aziz Ahmed Fredericks was born in Nottingham in the United Kingdom where he completed his schooling before moving to Leicester for University studies. He completed a BEd degree in primary education specialising in Language Arts. He then went on to carry out post-graduate studies in Education in various universities including London University Institute of Education, Strathclyde University and the Open University.

He edited many books on Islam including several under the direct supervision of his teacher, Fethullah Gulen. He has worked as a teacher, Head Teacher and School Prinicipal in England, Scotland, South Africa, Saudi Arabia and USA. As an educational consultant, he has worked on projects in Turkey, Yemen, Kenya, Jordan and South Africa. He has a special interest in special educational needs and additional support and currently works full time as Additional Support Manager for a local education authority. He has worked as a policy advisor for several education authorities and schools including the UK Madrasa network.

His Islamic Studies took him to various parts of the world where he studied under many prominent traditional scholars. They include Ahmed Mashur al-Haddad under whom he studied in Jeddah and Abdul Rahman al-Khitamy in Kenya. He translated the Essentials of Islam by Ahmed bin Zayn al-Habashi and Forty Hadith on the Quran by Mullah ‘Ali al-Qari and is currently working on translations of al-Nasaih al-Dinniya of Imam al-Haddad and Riyadatul Sibyan of Imam al-Ramli.

Shaykh Abdul Aziz uses his teaching experience and interest in special needs in his dawah work calling people to Allah. Many of the courses he teaches use modern teaching methods and an interactive style. He has taught various books around the world including The Book of Assistance of Imam al-Haddad and the Forty Hadith of Imam al-Nawawi. His interest in special educational needs drove him to co-found the organisation Islamic Texts for the Blind (Kitaba). The Islamic Texts for the Blind produces books in Braille and audio format, provides accessible online classes and has an accessible web site with Islamic resources and translations. They work with government and voluntary organisations to meet the religious and cultural needs of disabled Muslims. Shaykh Abdul Aziz authored the book Living with Blindness which was used to launch a number of conferences on The Marginalised in Society addressing issues of disability and access to mosques, institutions and Islamic teachings. He is an active campaigner for free and open access to Islamic teaching for all.