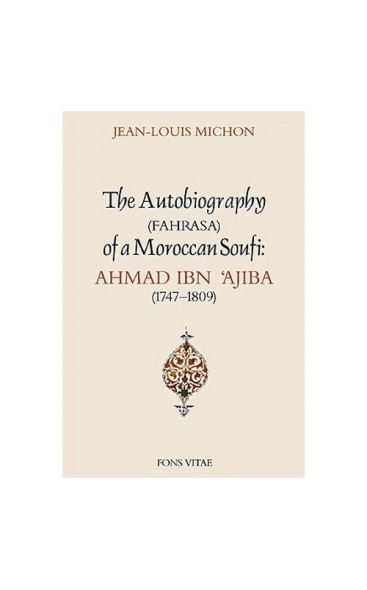 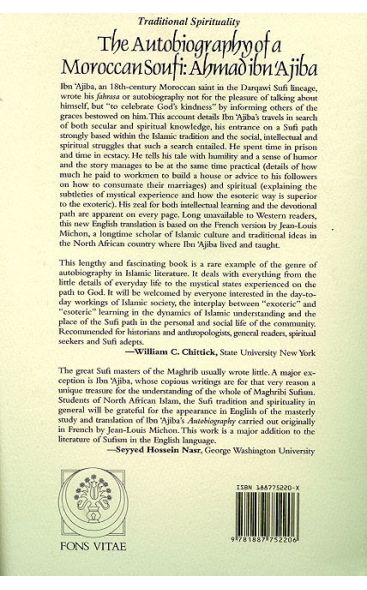 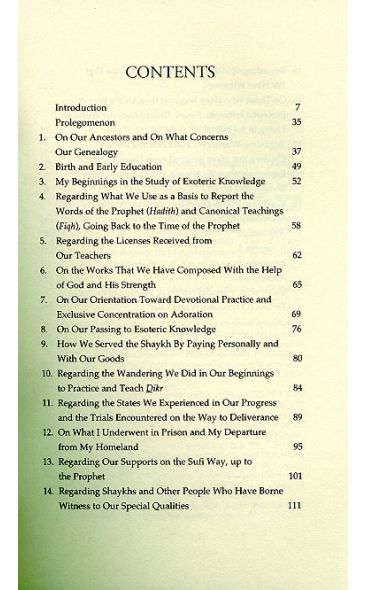 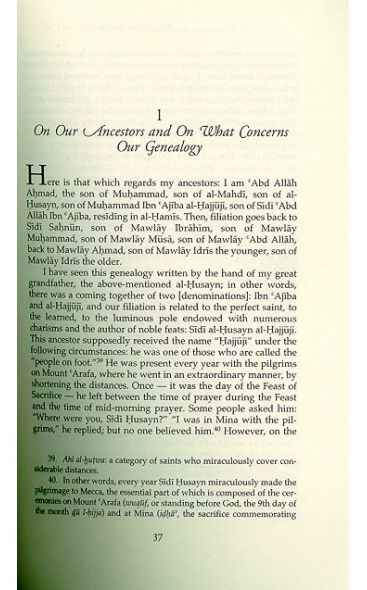 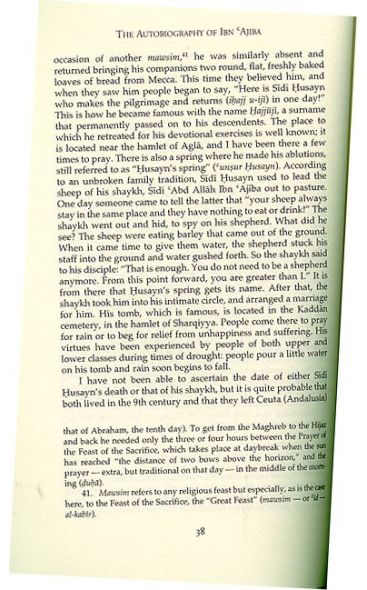 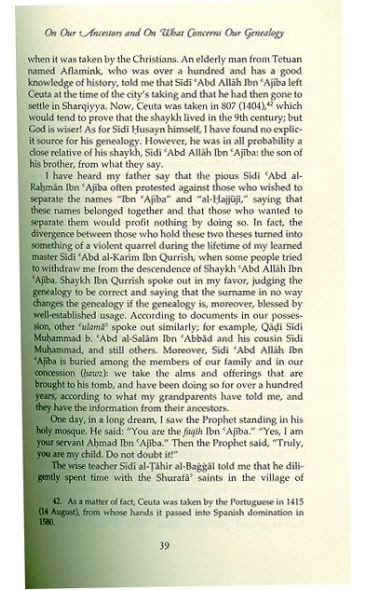 The Autobiography of a Moroccan Soufi

“to celebrate God’s kindness” by informing others of the graces bestowed on him.

The Alchemy of Human Happiness (Mystical...

The Ladder to Success in Truly Loving Allah...

Etiquette for the Seeker on the Path

Ibn Ajiba, an 18th-century Moroccan saint in the Darqawi Sufi lineage, wrote his fahrasa or autobiography not for the pleasure of talking about himself but "to celebrate God's kindness" by informing others of the graces bestowed on him. This account details Ibn Ajiba's travels in search of both secular and spiritual knowledge; his entrance on a Sufi path strongly based within the Islamic tradition; and the social, intellectual, and spiritual struggles that such a search entailed. He spent time in prison, and time in ecstasy.

He tells his tale with humility and a sense of humor, and the story manages to be at the same time practical (details of how much he paid to workmen to build a house or advice to his followers on how to consummate their marriages) and spiritual (explaining the subtleties of mystical experience and how the esoteric way is superior to the exoteric). His zeal for both intellectual learning and the devotional path are apparent on every page. Long unavailable to Western readers, this new English translation by David Streight is based on the contemporary French version by Jean-Louis Michon, a longtime scholar of Islamic culture and traditional ideas in the North African country where Ibn Aijba lived and taught.

" This lengthy and fascinating book is a rare example of the genre of autobiography in Islamic literature. It deals with everything from the little details of everyday life to the mystical states experienced on the path to God. It will be welcomed by everyone interested in the day-to-day workings of Islamic society, the interplay between "exoteric" and "esoteric" learning in the dynamics of Islamic understanding, and the place of the Sufi path in the personal and social life of the community. Recommended for historians and anthropologists, general readers, spiritual seekers, and Sufi adepts."
- William C. Chittick, State University New York

" A fascinating account of the life of a prolific, yet little known, Moroccan Sufi that casts special light on the socio-cultural and religious milieu of eighteenth-century northwest Africa. By tracing the events of his life between the extremes of the mundane and the spiritual, Ibn ‘Ajiba paints a detailed and engaging picture of what a person eager for spiritual fulfillment had to learn, practice, and endure along the path of Sufism. In addition to the details of his genealogy, marriages, travels, contact, the geographical and tribal “maps” of his world (of interest to anthropologists and social historians), Ibn ‘Ajiba provides some insightful commentaries on the Islamic exoteric and esoteric sciences and alludes to the canonical texts in circulation. His preoccupation with the intricacies of daily life foregrounds his reflections and experiences gracefully against the rich, and often disharmonious mosaic of the social, intellectual, pedagogical, and moral values of the time. Michon’s rendering of the original text into French is masterful and elegant, and Streight’s competent translation into English has the subtlety and transparency necessary to reveal Michon’s erudite scholarship. The book will be of interest to scholars of Sufism and the socio-cultural history of Morocco and North Africa."
- Samer Akkach, University of Adelaide


“One Day I was in my khalwa, on the upper floor of the house. One of my wives got into a rage and came in seething with jealousy. She came up to where I was, grabbed me by the collar, and pulled me, rolling down the stairs; then she showed me out the door and bolted it, forcing me to spend the night outdoors.” [1] This amusing anecdote is taken from the chapter on ‘Regarding Women We Have Married…’ from Ahmad Ibn Ajiba’s Fahrasa. For those who are light readers like myself and fall asleep within ten minutes of opening a book, the humour and style of the Fahrasa will keep you awake beyond those crucial opening minutes! However, care needs to be taken when reading the book as it is a secondary translation, based on a French translation of the original Arabic by Jean Louis-Michon.

The Fahrasa is an autobiography by ibn Ajiba who was an 18th century Darqawi [2] Sufi Shaykh from the Maghreb. The book is a narrative of the journey Ibn Ajiba undertook to seek worldly and religious knowledge. The early chapters concentrate on his background and the company of virtuous and noble people that he kept. We see that he had a traditional scholarly upbringing, memorising Qur’an and hadith and devoted his time to the exoteric sciences.

Ibn Ajiba took the Darqawi tariqa around 1793-1794, and describes the trials that he was inflicted with later. It was not until Ibn Ajiba began studying and living the science of tasawwuf that he had his epiphanic opening which he describes as light shining into his heart. It is at this stage in the Fahrasa that ibn Ajiba makes a distinction between exoteric and esoteric knowledge and explains the nature and structure of the latter.

Those of us not acquainted with the methods of self-purification practised by the Sufis might be puzzled by an example illustrated in chapter eleven. Ibn Ajiba is ordered by his Shaykh to carry garbage over his shoulders and go begging through the markets in Tetuan. Through this exercise, he was shown the virtue of humility in its existential reality, rather than from mere examples and exhortations from a text. An emphasis is made of the importance of action based on knowledge, with reference to  Ibn ‘Ata Allah’s seminal Sufi treatise, ‘The Hikam’. [3] Ibn Ajiba emphasises the necessity of a Shaykh for a murshid to reach his goal, ‘for the slightest deviation from the road that is laid out results in making the goal by a great distance.’ [4]

This book is also an interesting read for people interested in the history of the period and the Fahrasa gives an excellent account of the socio-cultural milieu of ibn Ajiba’s Morocco. Many facts and details relating to ibn Ajiba’s life are also mentioned. A good example is the description of the ijaza system through which the author was given proof of his competency over works studied with scholars. From personal accounts to spiritual and practical experiences one is kept intrigued and interested by the life of this great author.