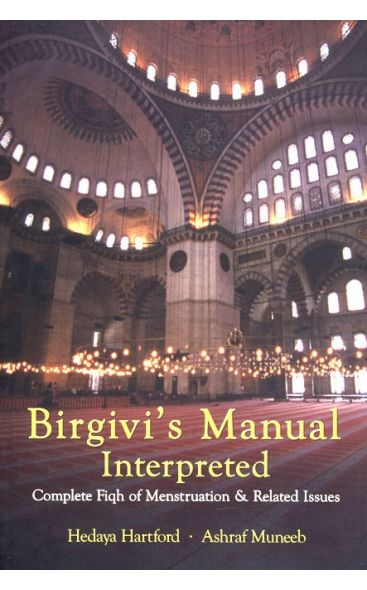 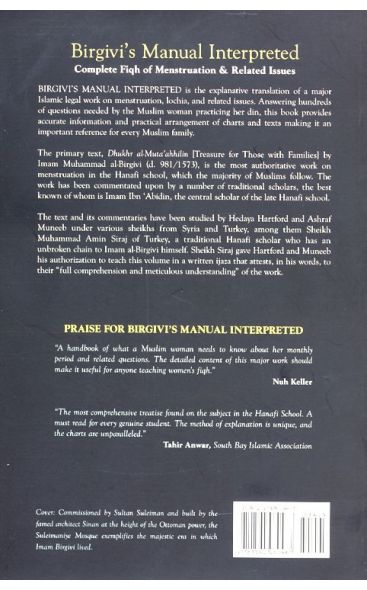 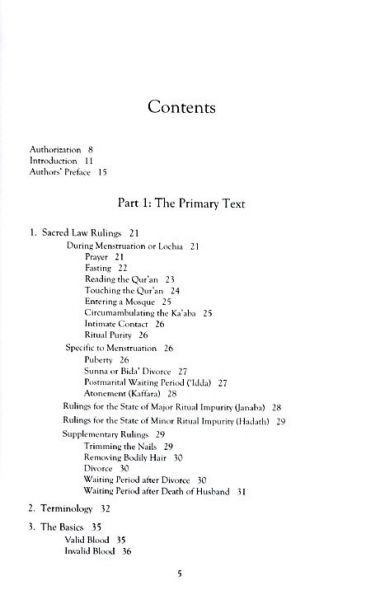 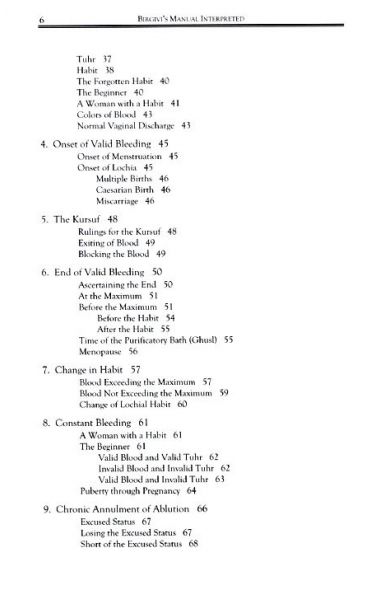 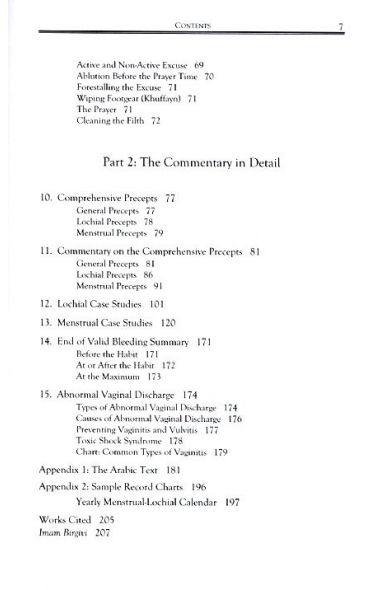 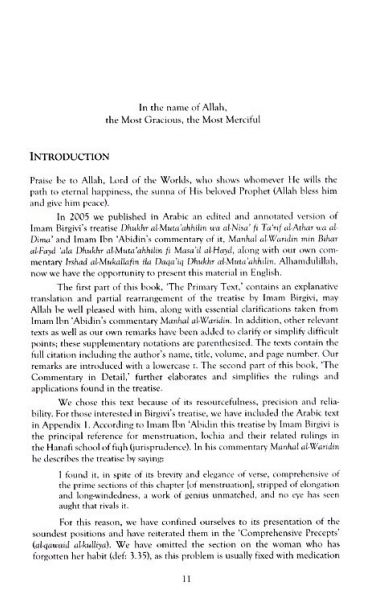 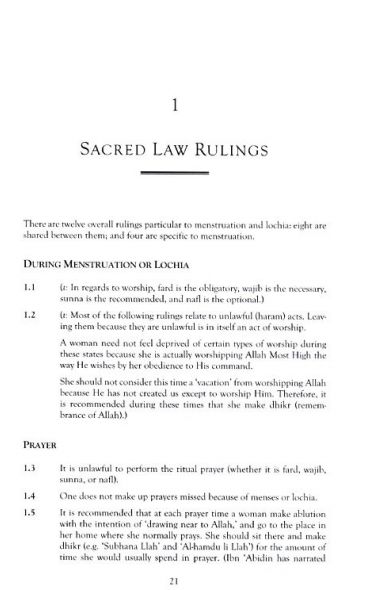 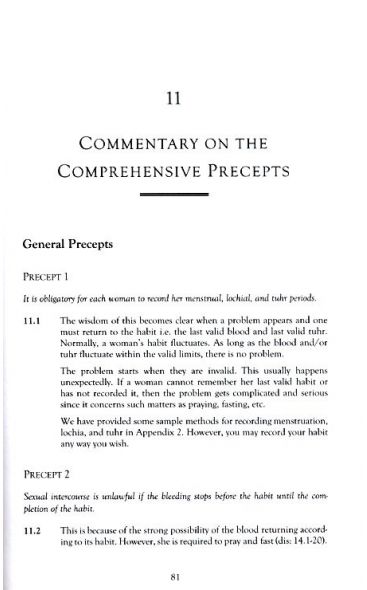 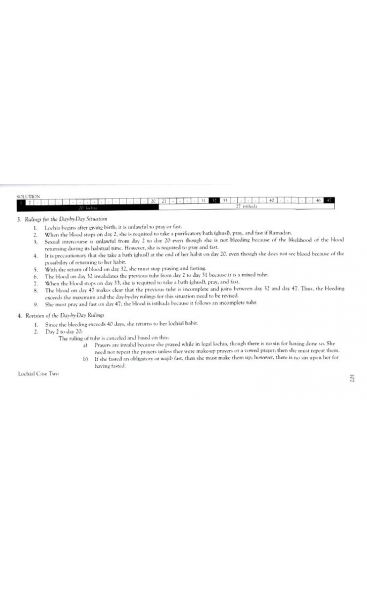 Birgivi's Manual Interpreted is the explanative translation of a major Islamic legal work on menstruation, lochia, and related issues.

Birgivi's Manual Interpreted is the explanative translation of a major Islamic legal work on menstruation, lochia, and related issues. Answering hundreds of questions needed by the Muslim woman practicing her din, this book provides accurate information and practical arrangement of charts and texts making it an important reference for every Muslim family.

The primary text, Dhukhr al-Muta'ahhilin [Treasure for Those with Families] by Imam Muhammad al-Birgivi (d. 981/1573) is the most authoritative work on menstruation in the Hanafi school, which the majority of Muslims follow. The work has been commentated upon by a number of traditional scholars, the best of whom is Imam Ibn 'Abidin, the central scholar of the late Hanafi school.

The text and its commentaries have been studied by Hedaya Hartford and Ashraf Muneeb under various  from Syria and Turkey, among them Sheikh Muhammad Amin Siraj of Turkey, a traditional Hanafi scholar who has an unbroken chain to Imam al-Birgivi himself. Sheikh Siraj gave Hartford and Muneeb his authorization to teach this volume in a written ijaza that attests, in his words, to their "full comprehension and meticulous understanding" of the work.

Born Muhammad ibn Pir Ali, in Balikesir, Turkey, in 1522, Muhammad was sent to Istanbul to study theology as a young man. Later, he studied law under the Chief Military Judge of the Ottoman Empire. He became a dervish and attached himself to a Sufi master of the order of .

After working as a judge for a short period, Birgivi became an ascetic; resigning from his government post and returning his salary. However, his master instructed him to become a teacher of religion and morals (and to write) instead. Through the gift of a patron, a school was built in the city of Birgiv and Muhammad ran it. Now known as Imam Birgivi, his fame quickly spread as a result of his school and the twenty-seven books he published.

Birgivi and his disciples were vocal critics of corruption within the Empire and without, particularly decrying the twisting of Islamic teachings for the benefit of the rich. At one point Birgivi traveled to the capital of the Empire and personally took the Prime Minister to . This reprimand was taken well by the Minister, who consulted him on how to cure the degeneration of the Islamic virtues.

Imam Birgivi lived in the small town of Birgiv until his death from the plague at the age of fifty-one.

Ustadha Hedaya Hartford is known for her Sharia expertise on women’s issues regarding the fiqh of menstruation, lochia, marriage, divorce, and modern social issues. Born and raised in California, she holds a Bachelors of Arts in Arabic and Islamic History & Culture from the University of California, Berkeley. She converted to Islam in 1981.