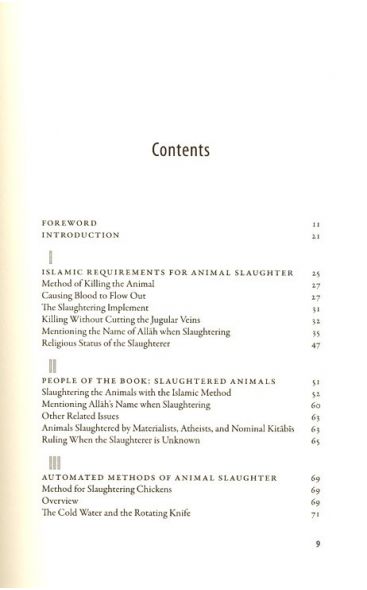 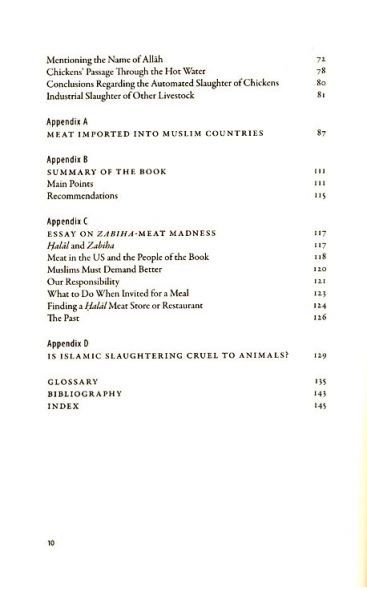 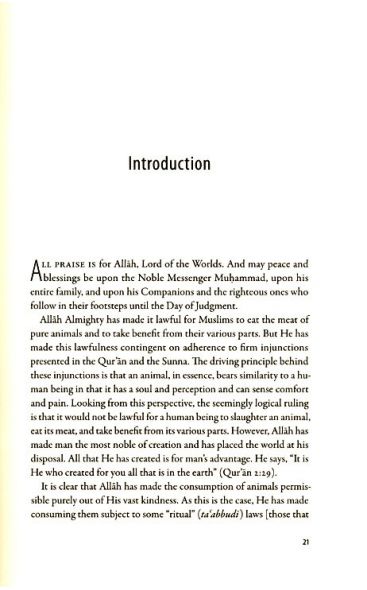 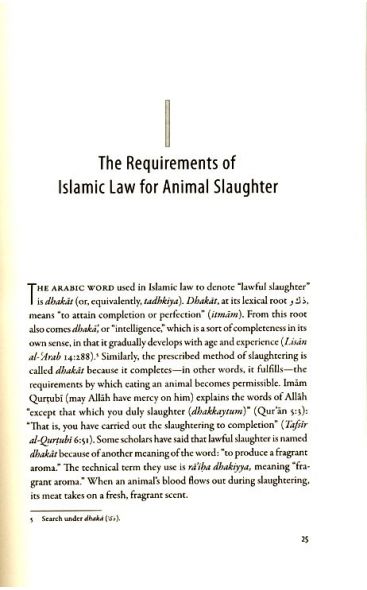 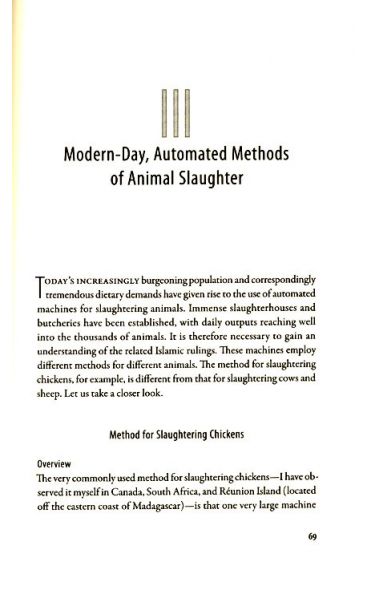 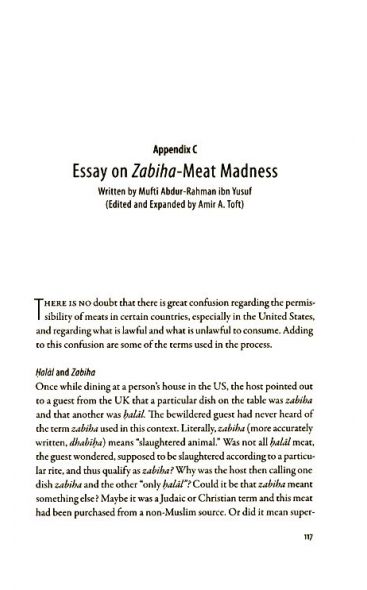 The Islamic Laws of Animal Slaughter

There is a growing sense of concern today among consumers, Muslim and non-Muslim alike, about the healthfulness of what they eat.

Commentary on The Initiation of Abu Laith...

The Islamic Laws of Animal Slaughter

There is a growing sense of concern today among consumers, Muslim and non-Muslim alike, about the healthfulness of what they eat. Health food stores have gained a prominent status in the US, and many consumers review every last ingredient listed in a food item’s nutritional facts list to ensure that they meet their dietary standards. Muslims must be even more conscientious of what they consume, as a Muslim’s diet must, above all, be lawful (halal) under Islamic law, as well as wholesome (tayyib). The Qur’an states, “O people, eat from whatever is upon the earth that is lawful and wholesome” (2:168).

Of all types of food, one that has become the cause of controversy among Muslims the world over is slaughtered meat. Muslim sources without the guidance of scholars have spread inaccurate information about Islam’s rules and regulations for animal slaughter, leaving Muslims confused about the facts. Authored by a Muslim scholar recognized worldwide for his mastery of Islamic jurisprudence, The Islamic Laws of Animal Slaughter clears up the confusion. The author presents a brief, structured analysis of Islam’s laws for animal slaughter, as well an overview of their practical application in the modern world. A couple of articles, appended specially for this translation, round off the discussion by addressing matters particularly relevant to Muslims in the US and other Western nations.

“An engaging, enlightening, and intellectually thought-provoking work that reassures Muslims that it is still possible to consume Halal and pure sustenance in this extremely complex world.” —Halal Monitoring Committee (HMC), UK

“Mufti Usmani has given a scholarly explanation of the ritual laws of animal slaughter, which every Muslim, particularly those living in the West, must be acquainted with in order to practice their din correctly.” —Mohammad Mazhar Hussaini, Director of Halal Program, Islamic Society of North America (ISNA)

“The first English work on this subject that treats modern concerns and is yet thorough, scholarly, authentic, and accessible to a general audience.” —South African National Halaal Authority (SANHA)

“By far the best work on the subject available to the English-speaking reader.” —Dr. Muhammad Munir Chaudry,
Islamic Food and Nutrition Council of America (IFANCA)

“A must read for any Muslim who wishes to consume the permissible and steer clear of the forbidden, based on the teachings of Allah and His beloved Messenger (upon him be peace).” —Halal Monitoring Authority (HMA), Canadian Council of Muslim Theologians

Translation undertaken by permission and authorization of the author.