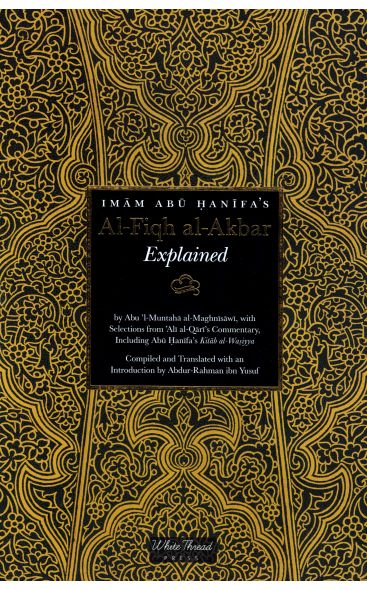 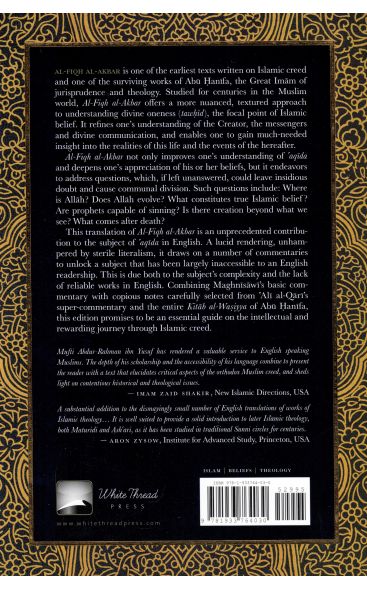 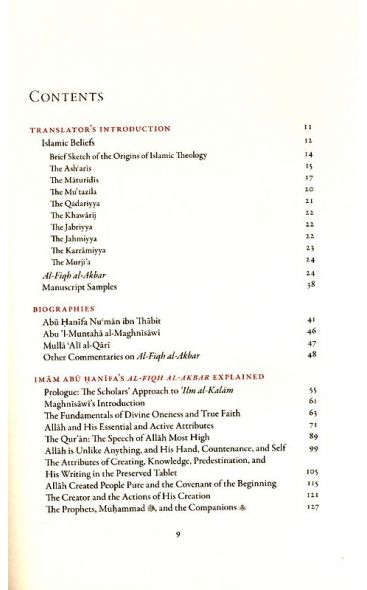 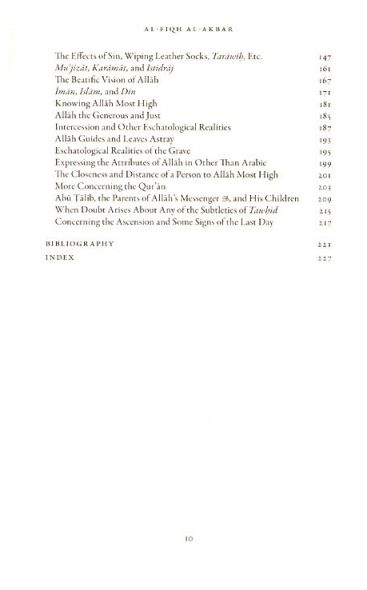 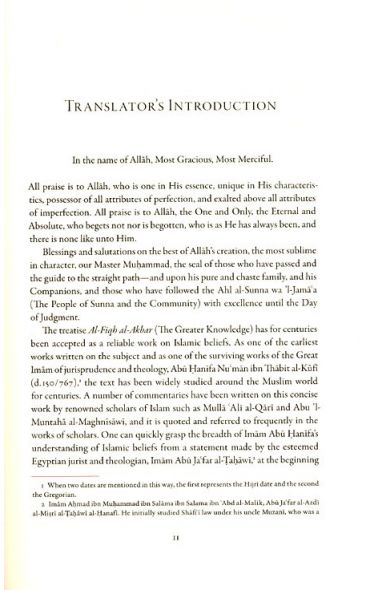 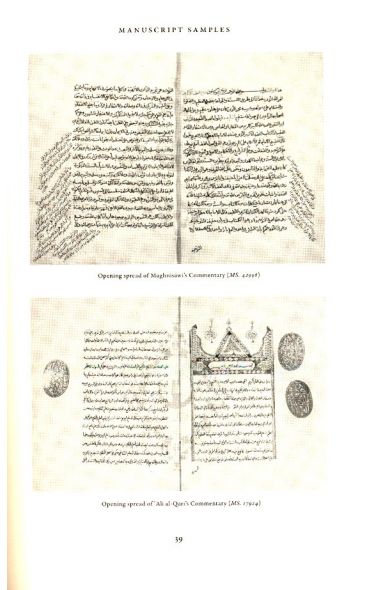 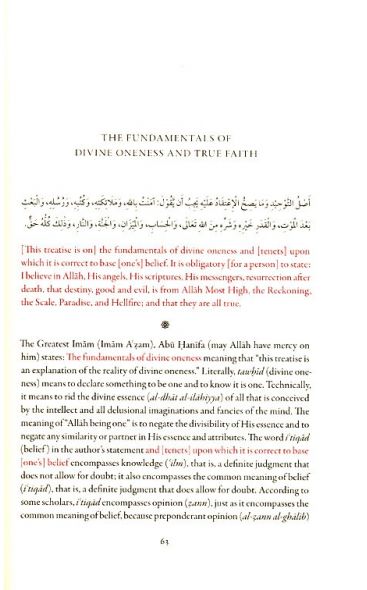 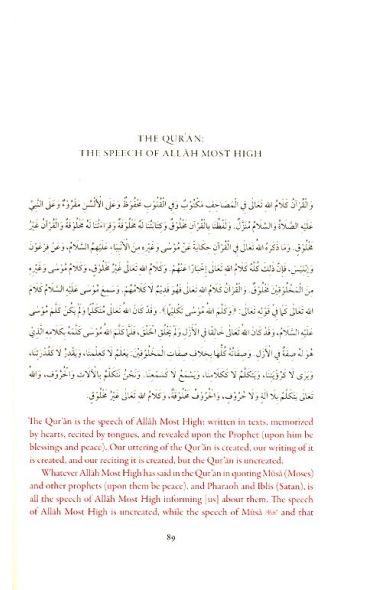 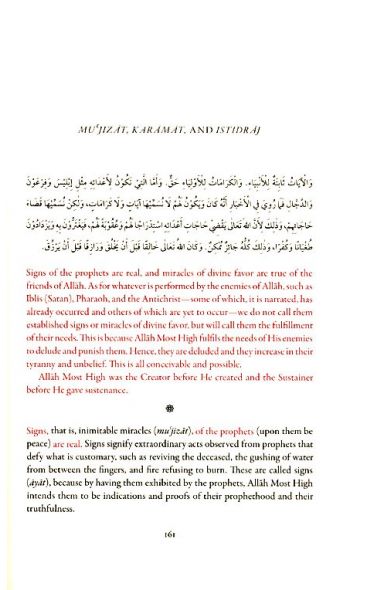 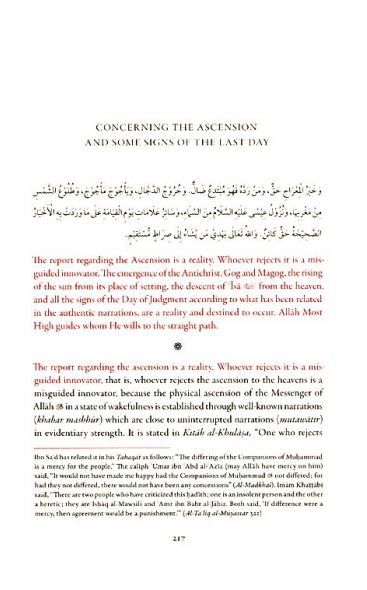 Al-Fiqh al-Akbar is one of the earliest texts written on Islamic ­creed and one of the surviving works of Abu Hanifa, the Great Imam of jurisprudence and theology.

The Creed Made Easy: A bilingual introduction...

The Seekers Aid : In upholding The Religious...

Al-Fiqh al-Akbar is one of the earliest texts written on Islamic ­creed and one of the surviving works of Abu Hanifa, the Great Imam of jurisprudence and theology. Studied for centuries in the Muslim world, Al-Fiqh al-Akbar offers a more nuanced, textured approach to understanding divine oneness (tawhid), the focal point of Islamic belief. It refines one’s understanding of the Creator, the messengers and divine communication, and enables one to gain much-needed insight into the realities of this life and the events of the hereafter.

Al-Fiqh al-Akbar not only improves one’s understanding of'aqida and deepens one’s appreciation of his or her beliefs, but it endeavors to address questions, which, if left unanswered, could leave insidious doubt and cause communal division. Such questions include: Where is Allah? Does Allah evolve? What constitutes true Islamic belief? Are prophets capable of sinning? Is there creation beyond what we see? What comes after death?

This translation of Al-Fiqh al-Akbar is an unprecedented contribution to the subject of 'aqida in English. A lucid rendering, unhampered by sterile literalism, it draws on a number of commentaries to unlock a subject that has been largely inaccessible to an English readership. This is due both to the subject’s complexity and the lack of reliable works in English. Combining Maghnisawi’s basic commentary with copious notes carefully selected from 'Ali al-Qari’s super-commentary and the entire Kitab al-Wasiyya of Abu Hanifa, this edition promises to be an essential guide on the intellectual and rewarding journey through Islamic creed.

“Mufti Abdur-Rahman ibn Yusuf has rendered a valuable service to English speaking Muslims. The depth of his scholarship and the accessibility of his language combine to present the reader with a text that elucidates critical aspects of the orthodox Muslim creed, and sheds light on contentious historical and theological issues.”
— Imam Zaid Shakir, New Islamic Directions, USA

“A substantial addition to the dismayingly small number of English translations of works of Islamic theology… It is well suited to provide a solid introduction to later Islamic theology, both Maturidi and Ash'ari, as it has been studied in traditional Sunni circles for centuries.”
— Aron Zysow, Institute for Advanced Study, Princeton, USA

“This represents one of the most comprehensive works written in the English language representing the traditional, true, and authentic teachings of the early predecessors (salaf) in matters of doctrine and tawhid (Islamic monotheism).”
— Shaykh Abdullah Ali, Lamppost Productions, USA

“[Abdur-Rahman] Ibn Yusuf’s work stands out as an outstanding example of scholarly reference and citation. A work suitable for both the general reader interested in Islamic doctrine and theology and as a critical and important addition to university libraries and classrooms.”
— Ralph H. Salmi, Ph.D. Center for Islamic and Middle East Studies, California State University, San Bernardino