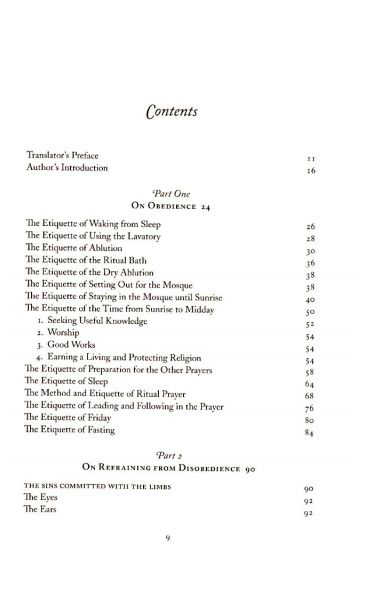 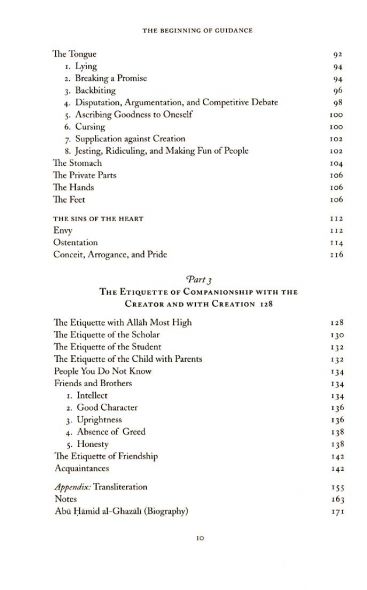 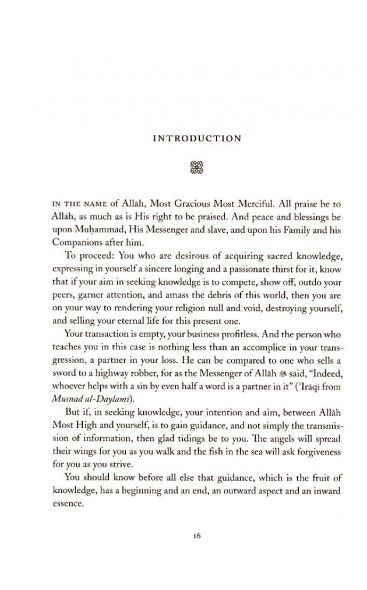 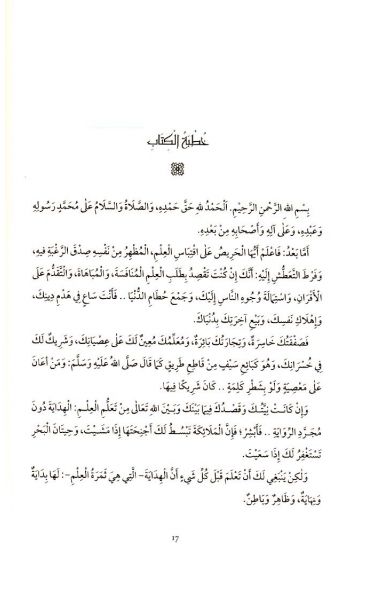 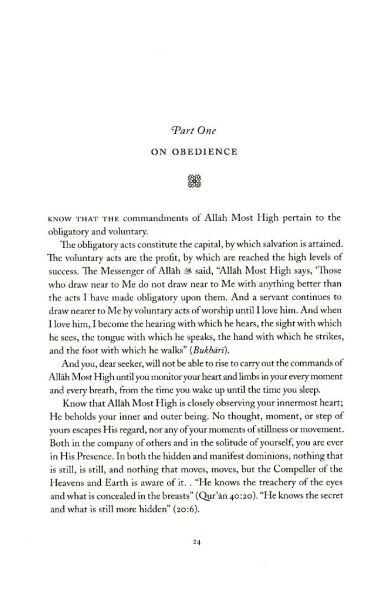 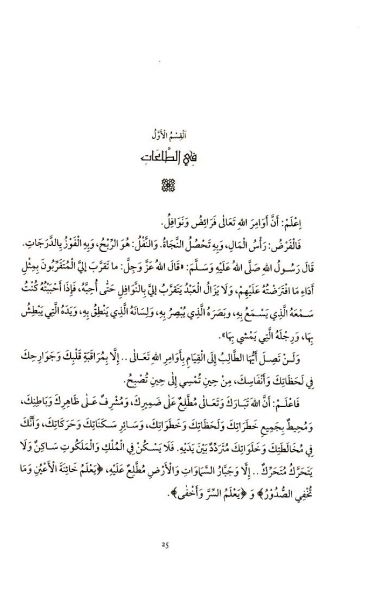 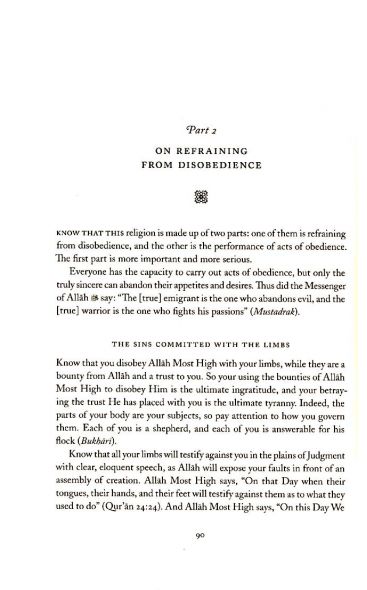 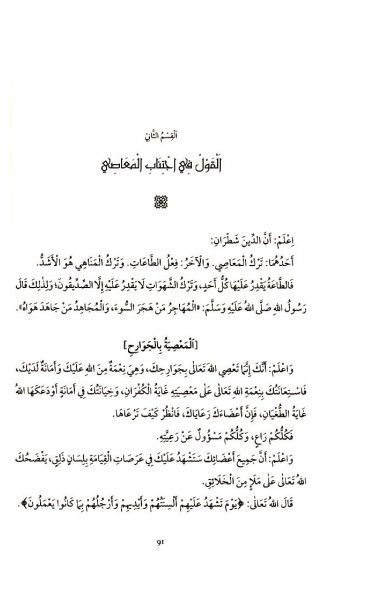 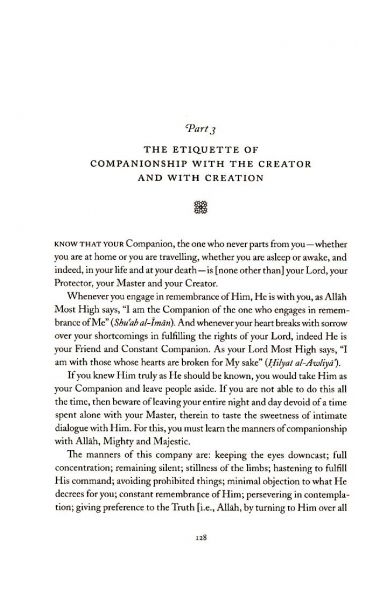 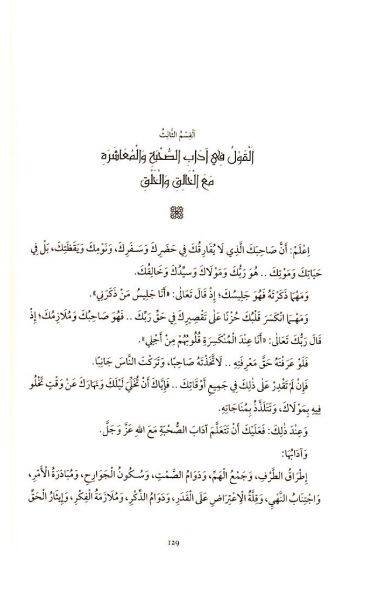 The Beginning of Guidance (Bidayat al-Hidaya)

This translation published for the first time with facing Arabic text also includes many notes and transliteration for the supplications contained within.

This Book can be considered as an Introduction to The Imam's Magnum Opus The Revival of the Religions Sciences (Ihya Ulum al-Din)and directs the reader to the larger work for what lies beyond that. This book may not seem to be suited to the hurried life of a modern city. Yet al-Ghazali’s seriousness and sense of urgency stand out vividly and communicate themselves. The book is interesting, too, in that, though al-Ghazali’s standpoint is almost modern in many ways.

It is divided in two Parts, namely acts of obedience and refraining from Sin. It comprise the fundamentals of Din, Important basic issues and excellent virtues. It is brief, yet concise.

One of the Scholars has said that the benefit on anything sacred can not be achieved unless one follows its Adab i.e Etiquettes, this book deals with many of the etiquettes of everyday life according to the Sunnah.

Imam Al-Ghazali's Bidaya al-hidaya complements his spiritual autobiography, He emphasises the importance of knowledge and using it correctly at all times . From acts of obedience to relationship between God and Man. Imam Al-Ghazali shares with us how a man should order his life from hour to hour and day to day.

He is the co-author of the forthcoming Islamic Philosophy of Science and Logic (University of Pittsburgh). His current research focuses on integrative studies and multiculturalism, as well as Engineering Ethics, Biomedical Ethics, Love and Romance in Islam, and Islamic Theory of Science.