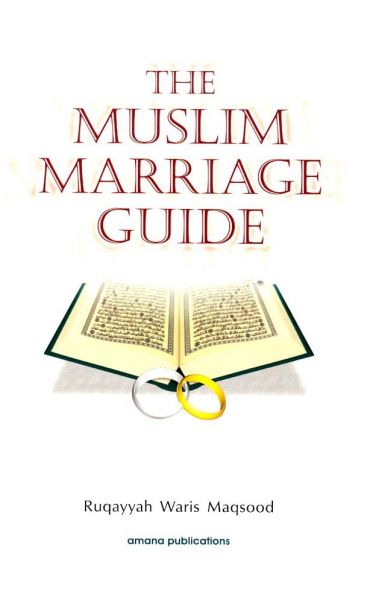 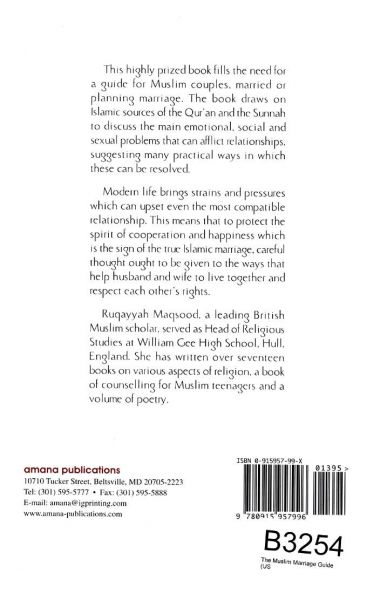 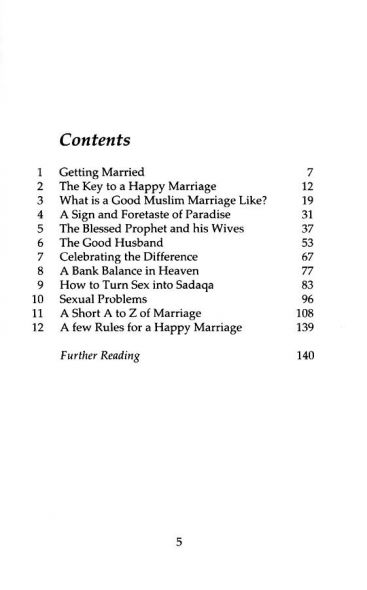 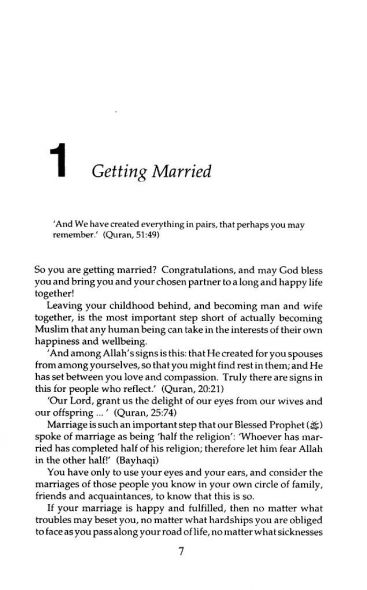 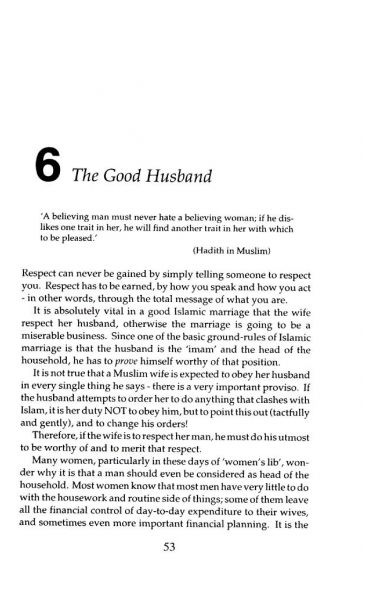 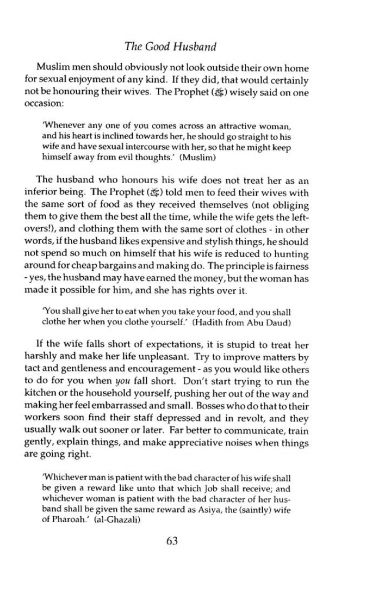 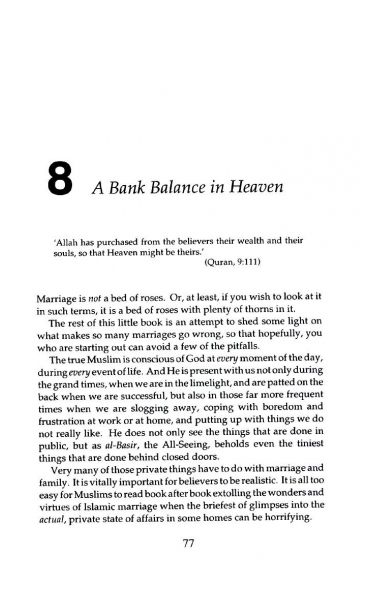 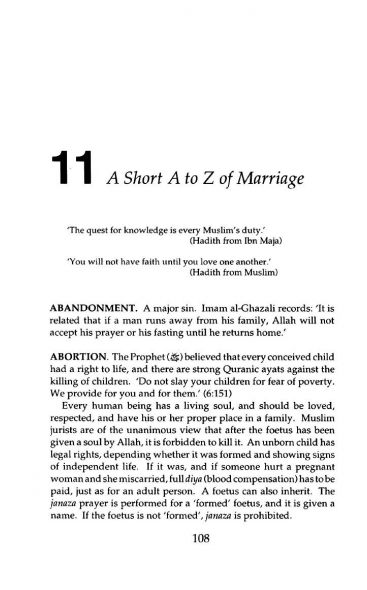 This book provides many practical ways to overcome social, emotional and sexual problems that can afflict relationships providing solutions from Qur'an and Hadith.

Islam teaches that marriage is 'half of religion'. Because it fulfills so many basic needs of individuals and of society, it is the cornerstone upon which the whole Muslim life is built. Modern life brings strains and pressures which can upset even the most compatible relationship.

This means that nowadays, to protect the spirit of cooperation and happiness which is the sign of the true Islamic marriage, careful thought needs to be given to the mechanisms which help husband and wife to live together and respect each other's rights.

This highly-readable book takes the reader through the relevant passages in the Quran and Hadith, and goes on to discuss the main social, emotional and sexual problems that can afflict relationships, suggesting many practical ways in which these can be resolved.

She was among the first UK Muslims to receive one of the Muslim News Awards for Excellence in 2001, the Muhammad Iqbal Award for Creativity in Islamic Thought, mainly for her work in education. She describes herself as a moderate Muslim and has a keen interest in Islamic history, especially the lives of the female companions of Muhammad, and the genealogies and intermarriages of Muhammad and his companions.

Her main aims have been to promote knowledge of Islam to non-Muslims, and to counter Islamic extremism. Her other main interests include inter-faith dialogue, and the campaign against various abuses of Muslim women – such matters as forced marriage, child marriage, female genital mutilation, and "honour" murders.

Her latest book is 'Need to Know: Islam', for the HarperCollins series. Her major work on the Life of Muhammad is awaiting publication by the Islamic Research Institute of Islamabad. In 2008 she was one of four recipients of the Global Peace and Unity Lifetime Achievement Awards, in her case, for literature.

She collaborated with Ghulam Sarwar in writing Islam: Beliefs and Teachings for the UK Islamic Mission (UKIM).