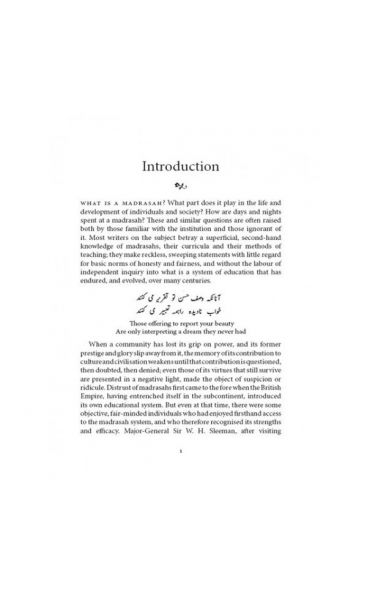 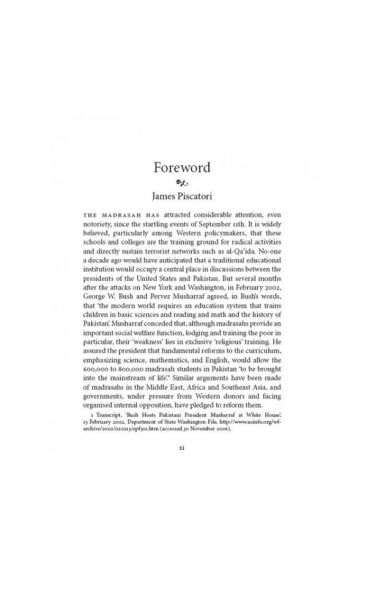 The notion that all modern madrasahs are terrorist factories is a falsehood based on ignorance.

A Commentary of Jami' At-Tirmidhi: Chapters of...

A Thinking Person’s Guide to the Truly Happy Life

The notion that all modern madrasahs are terrorist factories is a falsehood based on ignorance. This book reveals the daily routine of one well-known madrasah in India and so lifts the veil on that ignorance. It is an account that academics, journalists, pundits and all those concerned with current events and issues should read.

It demonstrates that students in the traditional madrasahs are given grounding in religious life without any weakening of intellectual breadth and refinement. Above all, the students learn to tolerate and accept different arguments and points of view and to appreciate different human temperaments.

Dr Muhammad Akram Nadwi studied and taught Hadith and Fiqh at the prestigious Nadwat al-Ulama in India. He was also educated at the University of Lucknow and is the author and translator of over 25 books, written in Arabic, on Islamic sciences and the Arabic language. After teaching Islamic sciences at Nadwat al-Ulama for six years, he joined the Oxford Centre for Islamic Studies in 1991 as a Research Fellow. The author is currently revising his recently completed 40-volume biographical dictionary on the Muhaddithat, the women scholars of Hadith. The Muqaddimah or Introduction to this dictionary is also beng published separately in English and is scheduled to appear in 2007.

Professor James Piscatori is Fellow of Wadham College, Oxford and Senior Tutor of the Oxford Centre for Islamic Studies. He is the author, among other publications, of Islam in a World of Nation-States, abd co-editor of Muslim Travellers: Pilgrimage, Migration and Religious Imagination. He formerly taught at the University of Wales and Johns Hopkins University, and is an editor of several journals in Islamic studies.

"An intriguing glimpse into madrasah life... is a world where pious contemplation combined with a passion for knowledge and intellectual debate raise students-and readers of this book- to lofty heights."

"A fresh approach for those seeking to understand the inner working of a madrasah, Dr Nadwi's book provides an authoritative yet personal account of daily life inside these traditional institutions of learning. Written in a highly accessible manner, it will offer an invaluable contribution to understanding Islam for readers in the English speaking world."

"It is a gem. No, it is the jewel in the crown! Of course, it actually is  I fell in love with the book the minute I began reading it. Ghalib and Sahih al-Bukhari all in the same breath! Who wouldn't love this book? This book will stand on its own merits.