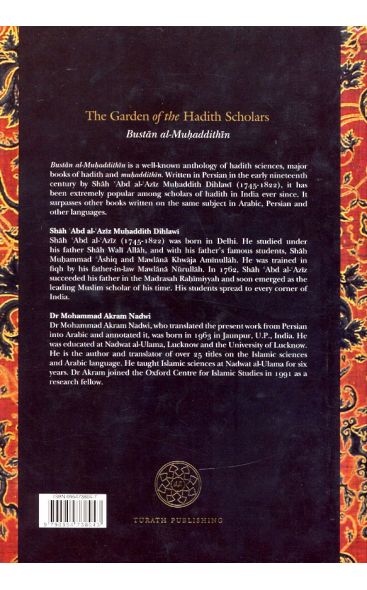 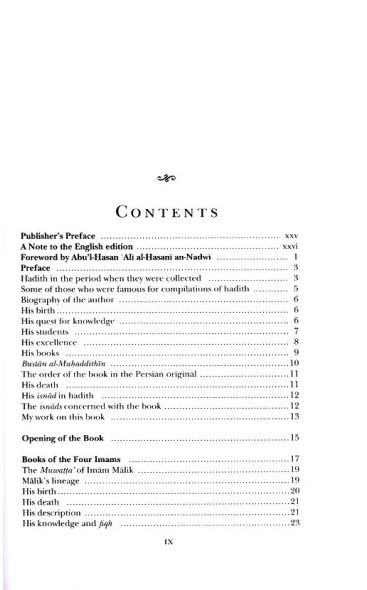 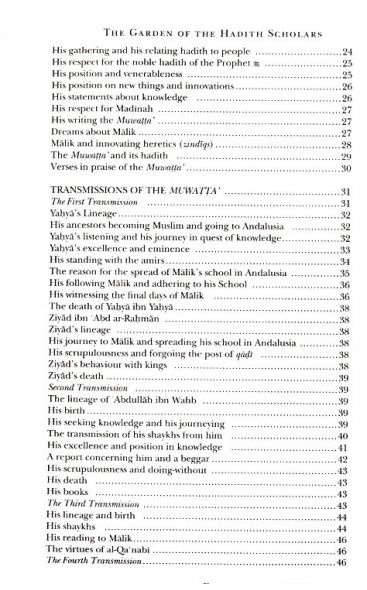 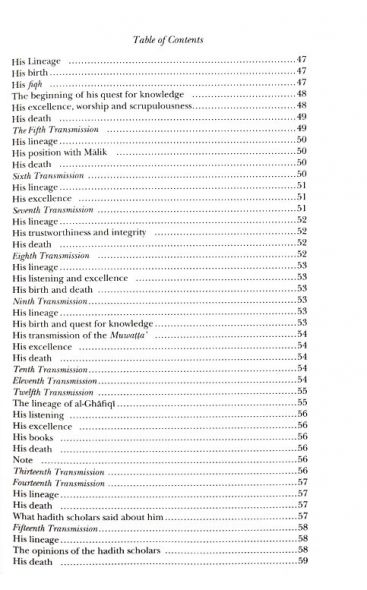 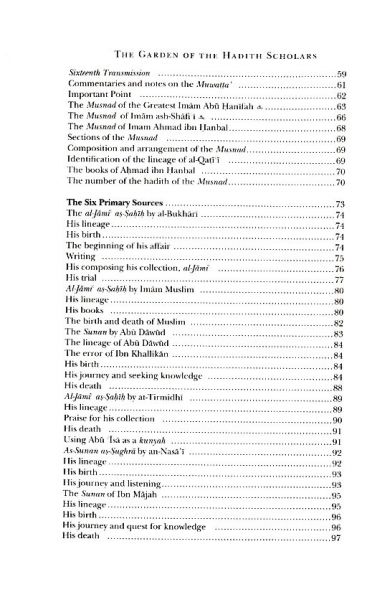 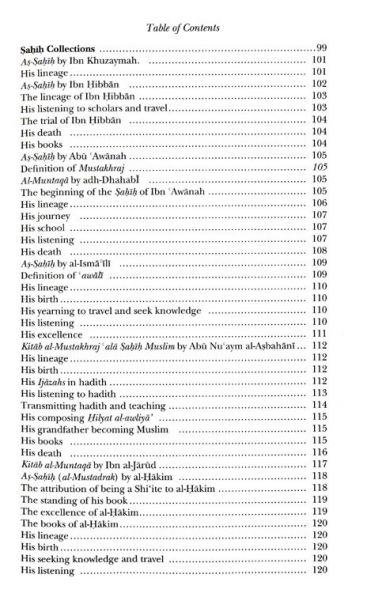 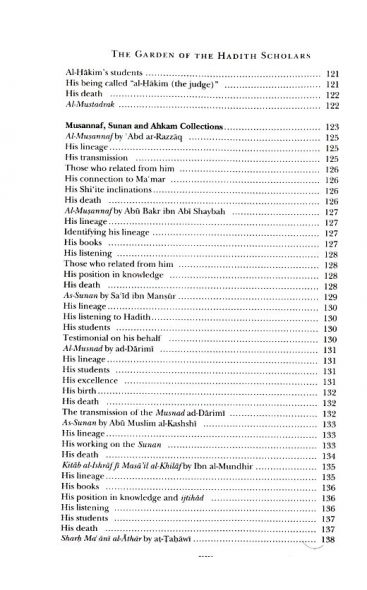 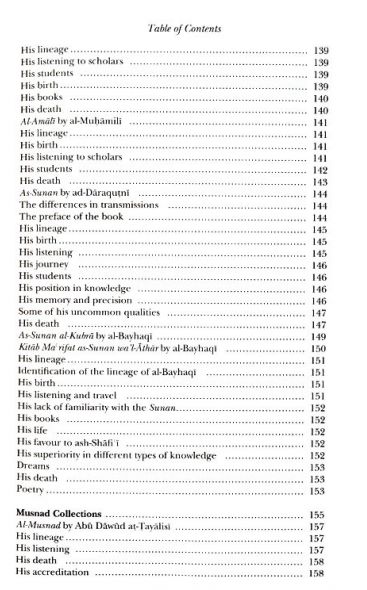 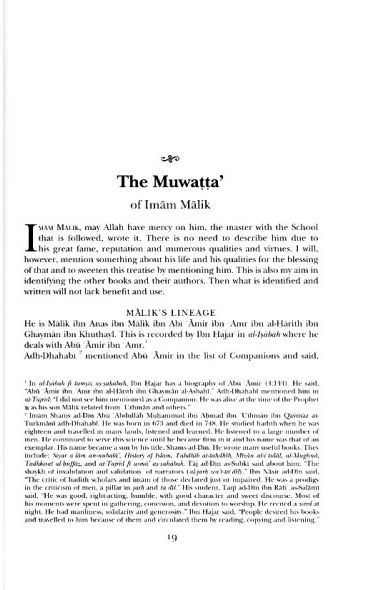 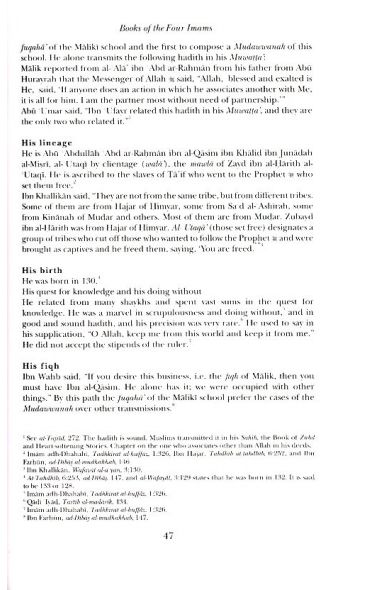 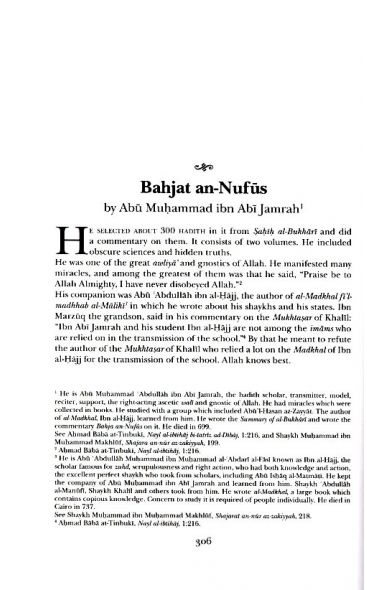 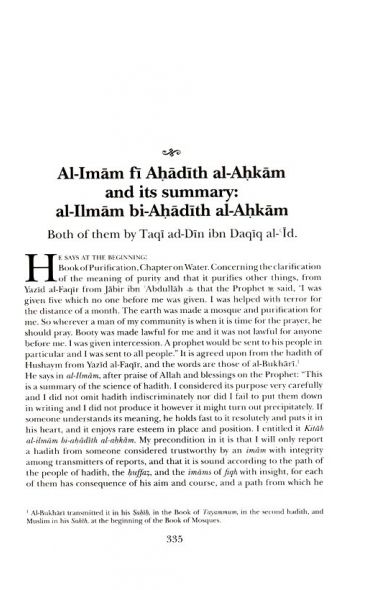 Bustan al-Muhadditheen is a well known anthology of Hadith sciences, major books of Hadith, and Muhadditheen.

Bustan al-Muhaddithin. Translated from Persian into Arabic and annotated by Muhammad Akram Al-Nadwi. Translated into English by Aisha Bewley

Bustan al-Muhadditheen is a well known anthology of Hadith sciences, major books of Hadith, and Muhadditheen. Written in Persian in the early nineteenth century by Shah 'Abd al-'Aziz Dihlawi (1745-1822), it has been extremely popular among scholars of Hadith in the Indian-Subcontinent ever since. It surpasses other books written on the same subject in Arabic, Persian, and other languages.

Please Note: the book is available in paperback only as the hardback version is discontinued by the publisher.

Shah Abd al-'Aziz (1745-1822) was born in Delhi. He studied under his father Shah Wali Allah, and with his father's famous students, Shah Muhammad 'Ashiq and Mawlana Khwaja Aminullah.

He was trained in fiqh by his father-in-law Mawlana Nurullah. In 1762, Shah 'Abd al'Aziz succeeded his father in the Madrasah Rahimiyah and soon emerged as the leading Muslim scholar of his time. His students spread to every corner of India.

Dr Muhammad Akram Al-Nadwi, who translated the present work from Persian into Arabic and annotated it, was born in 1963 in Jaunpur, U.P., India. He was educated at Nadwat al-‘Ulama, Lucknow and the University of Lucknow, is the author and translator of over 25 books on the Islamic Sciences and the Arabic language.

He taught Islamic Sciences at Nadwat al-‘Ulama for six years. Dr Akram joined the Oxford Centre for Islamic Studies in 1991 as a Research Fellow.

Aisha Abdurrahman at Tarjumana Bewley is one today's most prolific translators of classical Arabic work into English. Aisha Bewley not only understands Arabic but she is also aware of the basic meanings and nature of teachings and history of Islam.

Her knowledge is born of experience and direct transmission, not merely academic theory and learning by rote. For more than twenty-five years she has been concerned with making the contents of many classical works in Arabic more Accessible to English-speaking readers for the first time, including Ash-Shifa of Qadi Iyad.