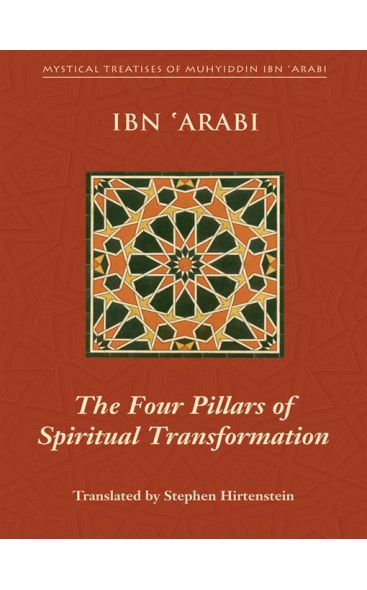 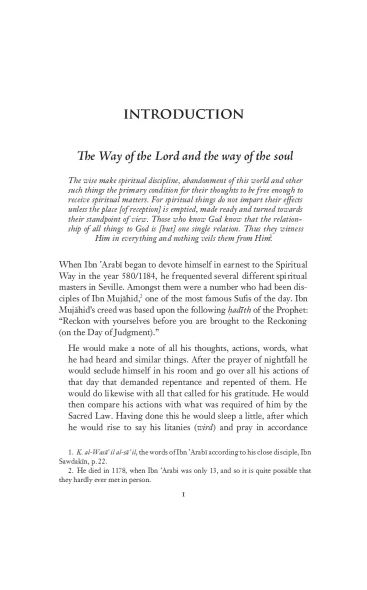 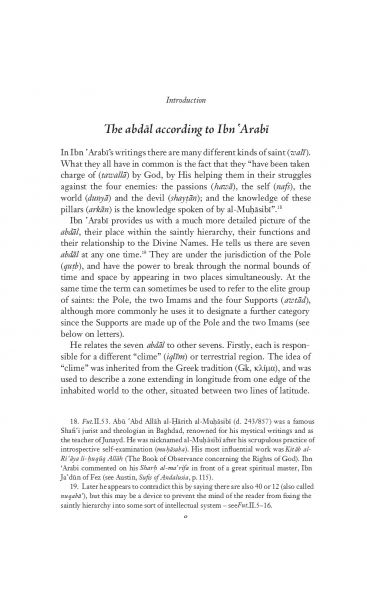 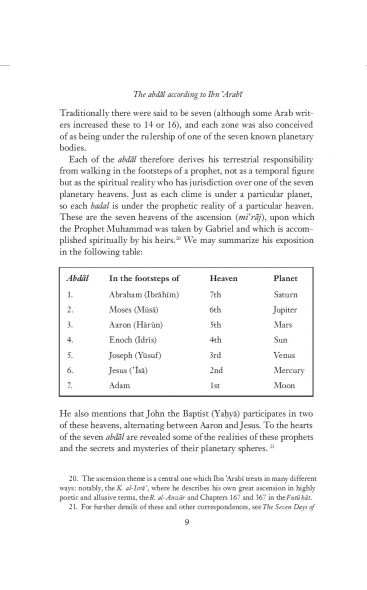 The Four Pillars of Spiritual Transformation: The Adornment of the Spiritually Transformed (Hilyat al-abdal)

This is the first English translation of Ibn ʿArabi’s Hilyat al-abdal, a short work which he wrote in the space of an hour during his Meccan period as something that would be ‘of assistance for those on the Path to true happiness’.

This is the first English translation of Ibn 'Arabi’s Hilyat al-abdal, a short work which he wrote in the space of an hour during his Meccan period as something that would be ‘of assistance for those on the Path to true happiness’. Beginning with an anecdote concerning one of his Andalusian companions, Ibn ʿArabi proceeds to explain the exterior qualities of the spiritually transformed (abdāl). He particularly focuses on the four essential prerequisites of spiritual discipline: silence, seclusion, hunger and vigilance, describing how these appear among both aspirants and the spiritually realised.

One of the most popular of his short works, the Hilyat al-abdal was much copied, and this book includes the first critical edition of the text based on the best manuscripts, including one written in Malatya during the author’s lifetime. In addition, it provides a substantial introduction on the abdal saints, and a translation of Chapter 53 from the Futuhat al-Makkiyya, which deals with the same subject-matter.

Mystic, philosopher, poet, sage, Muhammad b. Ali Muhyiddin Ibn 'Arabi is one of the world's great spiritual teachers. Known as Muhyiddin (the Revivifier of Religion) and the Shaykh al-Akbar (the Greatest Master), he was born in 560 AH (1165 AD) into the Moorish culture of Andalusian Spain, the centre of an extraordinary flourishing and cross-fertilization of Jewish, Christian and Islamic thought, through which the major scientific and philosophical works of antiquity were transmitted to Northern Europe. Ibn 'Arabi's spiritual attainments were evident from an early age, and he was renowned for his great visionary capacity as well as being a superlative teacher. He travelled extensively in the Islamic world and died in Damascus in 1240 AD.

He wrote over 350 works including the Fusûs al-Hikam, an exposition of the inner meaning of the wisdom of the prophets in the Judaic/ Christian/ Islamic line, and the Futûhât al-Makkiyya, a vast encyclopaedia of spiritual knowledge which unites and distinguishes the three strands of tradition, reason and mystical insight. In his Diwân and Tarjumân al-Ashwâq he also wrote some of the finest poetry in the Arabic language. These extensive writings provide a beautiful exposition of the Unity of Being, the single and indivisible reality which simultaneously transcends and is manifested in all the images of the world. Ibn 'Arabi shows how Man, in perfection, is the complete image of this reality and how those who truly know their essential self, know God.

Stephen Hirtenstein has been editor of the Journal of the Muhyiddin Ibn ʿArabi Society since its inception in 1982, and is a co-founder of Anqa Publishing.

He read History at King's College, Cambridge, and then studied at the Beshara School of Intensive Esoteric Education in Gloucestershire and Scotland. After a teaching career, he began writing and giving talks on Ibn ʿArabi's thought at conferences across the world.

In addition to lecturing and writing, he organises and leads tours in the footsteps of Ibn ʿArabi.

He currently works as a Senior Editor for the Institute of Ismaili Studies in London, and lives in Oxford.