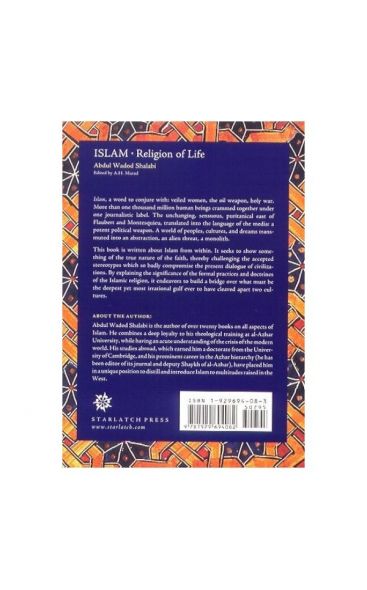 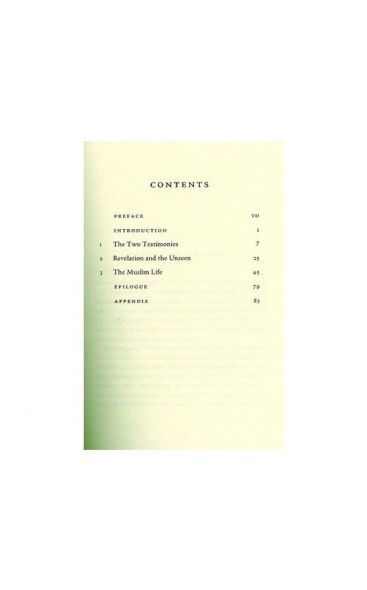 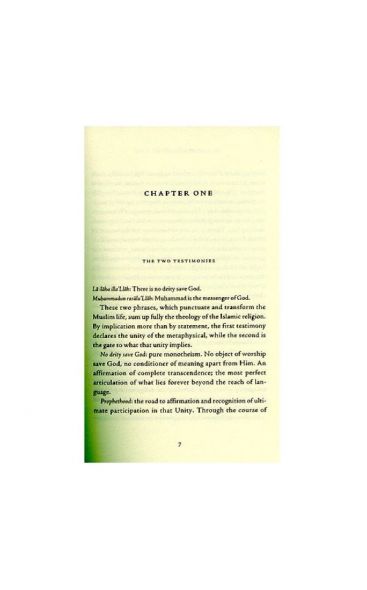 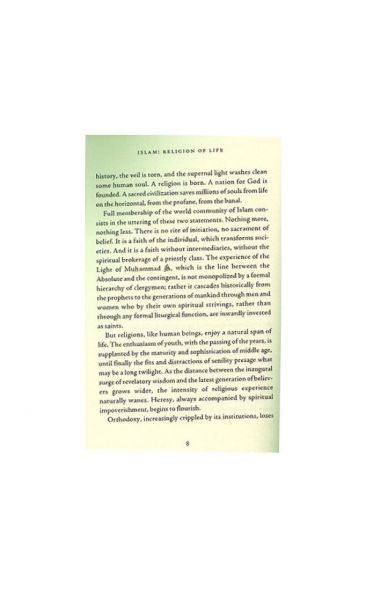 Islam: Religion of Life Abdul Wadod Shalabi Many people share the opinion that this concise book is among the finest introductions to Islam for an educated readership.

Islam: Religion of Life Abdul Wadod Shalabi Many people share the opinion that this concise book is among the finest introductions to Islam for an educated readership. Its content is authentic, reliable, and powerfully presented -- written by an Islamic scholar, Dr. Abdul Wadod Shalabi, who combines traditional religious training from al-Azhar University and Western education from the University of Cambridge, where the author received his doctorate. Also, it has been edited by Abd al-Hakim Murad, himself a scholar. Muslim centers and organizations have purchased thousands of copies of this book for distribution at special events -- often times as gifts to guests interested in learning more about Islam. Also, university students (Muslim and non-Muslim) are keenly drawn to the insight this book offers about Islam, its rites of worship, the Prophet (God bless him and grant him peace), the Quran, and the Muslim condition today. (For quantity sales discount, email: info@starlatch.com.) Essentially, this book is written from within. It seeks to show something of the true nature of the faith, thereby challenging the accepted stereotypes which so badly compromise the present dialogue of civilizations. By explaining the significance of the formal practices and doctrines of Islam, this book endeavors to build a bridge over what must be the deepest yet most irrational gulf ever to have cleaved apart two cultures.

ABOUT THE AUTHOR: Abdul Wadod Shalabi is the author of over twenty books on all aspects of Islam. He combines a deep loyalty to his theological training at al-Azhar University in Cairo, while having an acute understanding of the crisis of the modern world. His studies abroad, which earned him a doctorate from the University of Cambridge, and his prominent career in the Azhar hierarchy (he has been editor of its journal and deputy Shaykh of al-Azhar), have placed him in a unique position to distill and introduce Islam to multitudes raised in the West. Excerpt The starting point of any religion is wonderment. The sheer mystery of our lives demands an explanation. From the gas clouds floating in interstellar space to the tiniest subatomic particles, the realm of action into which we have been thrust must be understood if we are to know how to live. The unexamined life is not worth living, said Socrates, and this question is always true, always equally urgent. Religion, as the only means of finding an answer to this question, is thus the most important, indeed, in a sense, the only meaningful activity of man. Philosophy reaches upwards and is frustrated. Religion reaches downwards from Heaven, and, if not corrupted at the hands of men, can bring us to a true understanding of ourselves and our function. . . . . .

Most people judge a religion by its practical effects on the lives of those who practice it, and this attitude undoubtedly does much to explain why wherever Muslim travelers and merchants penetrated, they left in their wake communities of new believers. Far outside the limits of Islams political sway, convert communities soon established themselves, in cities as remote as Budapest and Shanghai. The early Muslim voyagers were in many cases saintly men. Their mere presence profoundly impressed those who saw them or had dealings with them. But even the ordinary believer was clearly possessed of qualities which set him apart from others. His honesty, gentleness, and kindness to children excited curiosity and respect. His was a tranquility balanced by action, a life as industrious as it was prayerful. His cities contained places of worship of the most sublime peace and symmetry, and also lively markets built right up to their walls: a perfect symbol of his society and of his vision of the universe. . . . . .

Islam, then, is no opiate. It concerns itself with the next life, true, but never is this concern seen as immaterial to the pressing problems and needs of the world into which we have been born. For it injects energy into a system in the grip of entropy; it makes human life a source of giving rather than of endless acquisition. This force spreads out from the heart into society through channels engineered with this purpose in view. Religion, for the Muslim, is a full-time activity; the mosque leads both to a life in harmony with the world and to submission to God. One last remark. The reader may already have guessed why, despite its principles, the Islamic world is in its present state of disarray. The sad answer is that what we call the world of Islam is in reality something rather different. Although the Muslim religion seems to be the most living of the worlds great faiths, it is nevertheless not immune to the deadening modern disease of materialism and greed. With its geography shattered into over forty fragments by the colonial powers of the last century, those who lay claim to it are only just beginning to regain their former sense of unity and purpose. Yet despite all the odds, Islam re-grows in its traditional homelands, and now also in expanding communities in the West. Its future in our age seems bright. Amidst the ruins of a thousand faiths and secular ideologies, Islam, religion of life, lives on.