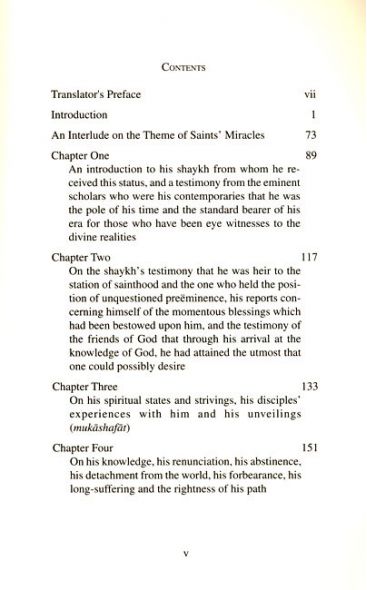 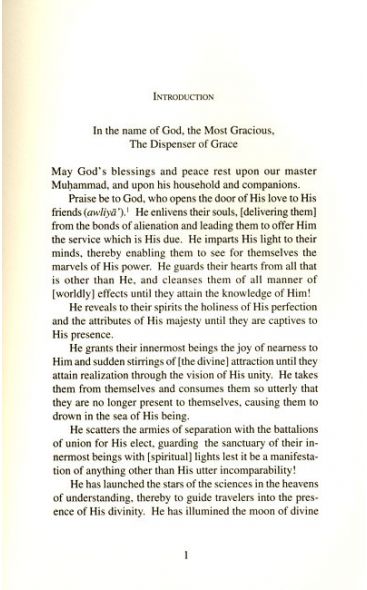 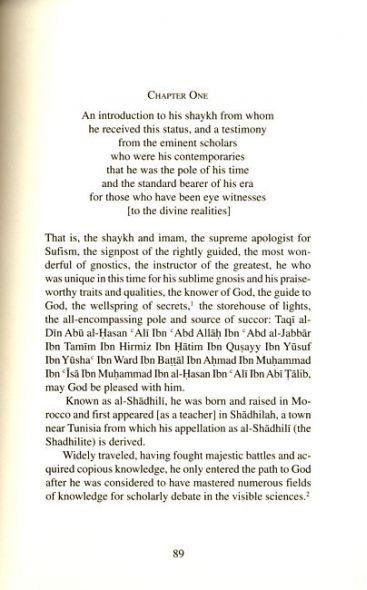 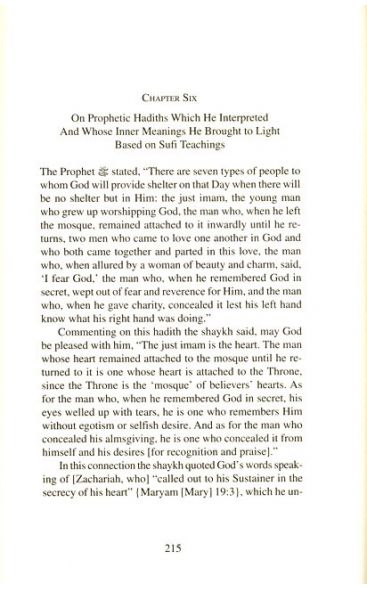 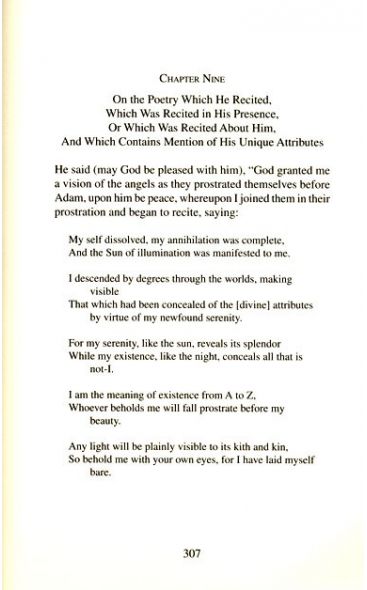 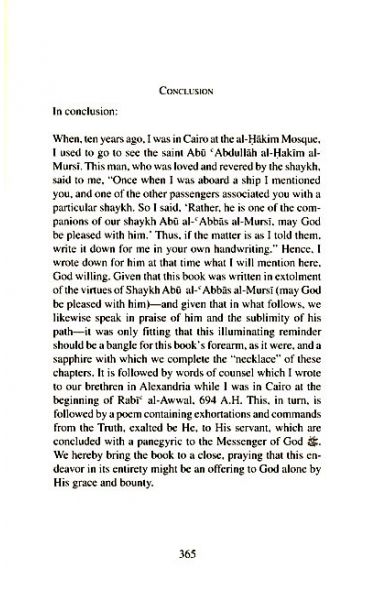 This deeply personal reminiscence of one man's growth in Islamic mysticism is a tribute to the two great shaykhs who molded his spiritual life and vision.

Lata'if al-Minan ("Subtle Graces") by Ibn 'Ata' Allah (d. 709 AH) might be described as a tribute by the author to the two great shaykhs who molded his spiritual life and vision, namely, Abu al-Hasan al-Shadhili (d. 656 AH) and Abu al-'Abbas al-Mursi (d. 686 AH), the latter of whom Ibn 'Ata' Allah describes as "our master and companion, the pole of gnostics, the signpost of the rightly guided, the supreme apologist for Sufism, the travelers' guide, the rescuer of the perishing…he who speaks by the light of his flawless spiritual insight into [people's] secret thoughts…he who unveils the suns of knowledge after they have set and the secrets of subtle intimations after they have departed, he who has arrived in God and who assists others in doing the same." Filled with anecdotes illustrating the shaykhs' spiritual gifts and insights, Lata'if al-Minan is Ibn 'Ata' Allah's attempt to convey to his readers not only the beauty and inspiration of these men's lives and their utter devotion to God, but to help his readers themselves to enter into this same life of devotion and to experience its inimitable blessings.

For anyone desiring a vivid, lively exposition of the Sufi path as embodied in the lives of God's friends, the saints, together with their expositions of the prophetic traditions and passages which stayed their feet along the path, explanations of the divine realities, mystical stations and related enigmas, as well as specific phrases of divine remembrance (dhikr) which Abu al-'Abbas used for himself and his disciples, Lata'if al- offers a delightful excursion through this inviting, albeit arduous, realm of body and spirit.

Translated from the Arabic, this volume follows The Book of Illumination: Kitab al-Tanwir in the Fons Vitae Ibn 'Ata' Allah Series. This deeply personal reminiscence of one man's growth in Islamic mysticism is a tribute to the two great shaykhs who molded his spiritual life and vision. Filled with anecdotes illustrating the shaykhs' spiritual gifts and insights, the text not only conveys the beauty and inspiration of these men's lives and their utter devotion to but also helps readers to enter this same life of devotion and experience its inimitable blessings. Sufi interpretations of passages and traditional Sufi spiritual litanies are included.

This text sparkles! Fons Vitae is to be congratulated again for taking the timeless wisdom of Muslim and making it available to a wide audience today in a timely fashion. This text, richly illustrated, will be of delight to contemporary seekers of the realm of the Spirit.

Shadhili Women A fascinating appendix and lengthy photo essay have been added, which will greatly enhance the enjoyment of this volume. This book will also appeal to those interested in women's studies. Six essays written by women illustrate how the life and sanctuaries of these saints have been kept alive and invigorated by women up until today. A unique feature of this appendix is material on one of the great female saints of 20th century Egypt - her contributions and present-day veneration.

Ibn 'Ata' Allah al-Iskandari was both a Muhaddith and a Maliki jurist in the 13th century whose works became basic training manuals for aspirants across North Africa. A student of al-Mursi, he was the second to succeed Imam Abu al-Hasan, the founder of the Shadhili Order, which continues to this day.

Nancy Roberts has spent 10 years translating materials in the areas of ancient and modern Arabic literature, as well as Islamic law (including the upcoming Fons Vitae manual, Islamic Law According to the Four Schools, al-Fiqh 'ala al-Madhahib al-Arba 'ah), and history.

**Photography is included from the sacred sites and shrines associated with the two saints under consideration as well as of the mosque and maqam of Ibn 'Ata' Allah himself. Also included are photographs of Hagga Zakiyya, her home and shrine, and the photos of her illustrious friends such as Abdul Halim Mahmoud, Shaykh Salih Al-Jaffari, and others.

Ibn Ata' Allah al- was born in the middle of the 7th century AH/13th century CE and grew up in Alexandria during the Mamluk era. Although not much is known about his life, he had the best teachers in all branches of traditional sciences and became known as a great master of Islamic law of the Maliki School. His lifetime witnessed the great flourishing of several Sufi brotherhoods, including the Shadhiliyya, the Mawlawiyya, the Chishtiyya and the Ahmadiyya. His father was a student of Imam al-Shadhili, though it is unlikely he ever met him. Ibn Ata'Allah was not so drawn to the Sufi path, preferring to concentrate his energies on jurisprudence. Yet, in spite of his early antipathies, he did become a disciple of Shaykh Abu 'l-Abbas al-Mursi, (d. 686/1288). As his most important and principal work, the Hikam, attests, he had become a Sufi master in his own and was already a shaykh when al-Mursi died. He became the third great master of the Shadhiliyya order, which grew from Morocco and spread throughout North Africa and beyond. With his career as a scholar in Cairo under the Mamluks in full flourish, he died at around 60 years of age in 709 AH/ 1309 CE and was buried there in the Qarafa cemetery.

One of the great sufi imams who was also known as a muhaddith, preacher, and Maliki jurist, Abu al-Fadl Ibn `Ata Allah al-Iskandari (d. 709) is the author of al-Hikam (Aphorisms), Miftah al-falah (The key to success), al-Qasd al-mujarrad fi ma`rifat al-ism al-mufrad (The pure goal concerning knowledge of the Unique Name), Taj al-`arus al-hawi li tadhhib al-nufus (The bride's crown containing the discipline of souls), `Unwan al-tawfiq fi adab al-tariq (The sign of success concerning the discipline of the path), the biographical al-Lata'if fi manaqib Abi al-`Abbas al-Mursi wa shaykhihi Abi al-Hasan (The subtle blessings in the saintly lives of Abu al-`Abbas al-Mursi and his master Abu al-Hasan al-Shadhili), and others. He was Abu al-`Abbas al-Mursi's (d. 686) student and the second successor of the Sufi founder, Imam Abu al-Hasan al-Shadhili