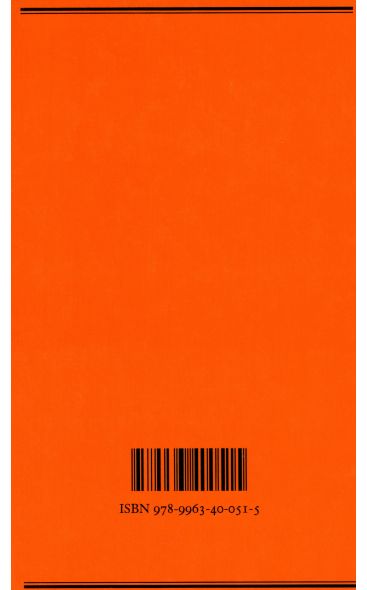 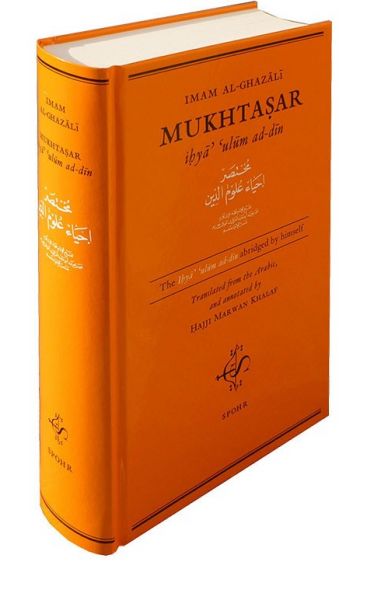 Imam al-Ghazali’s Mukhtasar Ihya Ulum ad-Din As abridged by himself. ​

By the publication of this book entitled Mukhtasar, we aim to acquaint an English-speaking readership with the abridged version of Muhammad ibn Muhammad Abû Hâmid al-Ghazâlî’s magnum opus, the Ihya’ ‘ulûm ad-dîn, ‘The Revival of the Religious Sciences’, which has been regarded as one of the most important writings of the Islamic tradition for nine hundred years and is esteemed and appreciated among Muslims worldwide like no other work.

According to the written records available to us today, the Master himself invested a great deal of energy in the preparation of this concise version to produce a volume that would enable him (cf. p. 23) to take his work along on his journeys.

Whereas in the full-length version of his work, the author’s knowledge and wisdom unfolds over the course of forty books, we here have only forty chapters; in these everything concerning human life from the cradle to the grave is discussed with refreshing brevity and unambiguous lucidity. The book opens with a fundamental discussion of questions of knowledge and faith which makes up its first quarter; its second quarter is devoted to questions of everyday life, such as the proper conduct in marriage and the like; this is followed in the third section by an exceedingly subtle description of the intricacies of the inner workings of the human soul and the ‘miracle of the heart’, and the fourth part delineates the paths to salvation, and reaches its climactic conclusion in the last chapter ‘Remembrance of Death and the Afterlife’.

Throughout the book, topics are raised that are of interest not just to the religious-minded, but to mankind in general. The chapter on ‘Intention, Sincerity and Truthfulness’

(an-niyyah wa l-ikhlas wa s-sidq) for instance, focuses on the fundamental questions which turn an action into a good deed that brings its agent honour and helps us become true human beings. It might well come as the greatest surprise to one who has been brought up and taught in the Western tradition, that about one-thousand years before the German philosopher Immanuel Kant by his concept of ‘good will’ identified the intention

as the main criterion for the morality of an action, Sayyidina Muhammad, may Allah bless him and grant him peace, the Prophet of Islam, had already proclaimed to humanity this all-important principle for every action and (intentional) non-action.

With this book, Imam Ghazâlî consolidated the legacy left by the Holy Prophet into a form that makes it indispensable reading for every Muslim, as well as for those inspired by the

fundamental questions of our existence; the text also incites and encourages the yearning for those means whereby we might attain happiness in this life and the hereafter.

We are pleased to make this famous scholar’s dogmatically precise and intellectually profound masterpiece, which in a unique way taps into the sources while simultaneously conserving them, accessible in such a convenient form, a shining star in the firmament of mankind’s literary heritage.---Salim E. Spohr.

---[1] On Knowledge and Imparting Knowledge,

---[4] On the Mysteries and Functions of Prayer,

---[7] On the Mysteries of Pilgrimage, and related matters,

---[9] On Remembrances (dhikr) and Supplications,

---[1] On Manners related to Eating and Drinking,

---[3] On the Manners related to Earning and Livelihood,

---[10] On the etiquette of living and the ethics of Prophethood.

---[8] On the deprecation of fame and hypocrasy (showmanship),

---[2] On Steadfastness and Thanksgiving,

---[7] On Resolve, Sincerity and Truthfulness,

---[8] On Vigilance and Self-Examination,