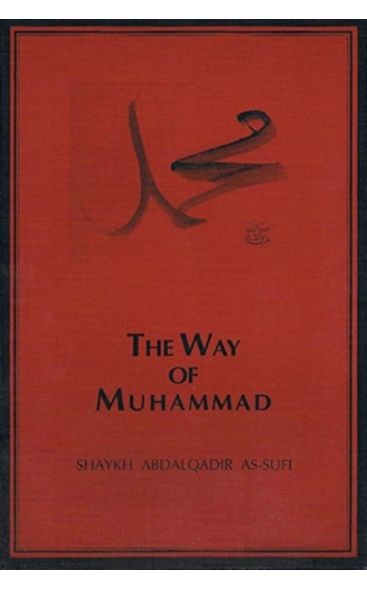 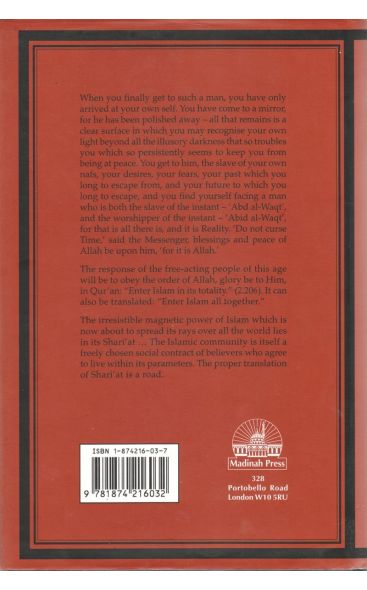 The Way of Muhammad

An exposition on the religion of Islam, the "deen," and the way of the Prophet Muhammad (peace be upon him).

An exposition on the religion of Islam, the "deen," and the way of the Prophet Muhammad (peace be upon him).

Preface from the book :

It was with a certain reluctance that I agreed to a new edition of this early work of mine, and this only after some minor editing to remove errors which I can now perceive. The original intention of the work was to show that it was possible to grasp the meaning of Islam in terms of the European existential tradition. Indeed, it is of course the culmination of it. Ironically, the effect of the book was not in the main to open Europeans to Islam, but to restore to those who had gone out of the Deen, especially Arabs, a sense of respect and discovery in relation to Islam. The book is simply a meditation of the five pillars of Islam as viewed by someone who has taken them on and is savouring their meanings. However, now with a lifetime of Islam to contemplate I would want to express the whole matter differently without denying the basic personal truths I tried to indicate in this text. Today the enemies of Islam all explain that the danger of it is that it is not merely a metaphysical construct but is something that affects the whole of life. Yet, after a quarter of millennium of western occupation of Muslim lands, first in colonialism and then by the ethos of technology it can be shown that, tragically, we have abandoned Deen in its totality.

The irresistible magnetic power of Islam which is now about to spread its rays over all the world lies in its Shari'at. Properly speaking the Messenger, blessings and peace of Allah be upon him, abolished the state as the model of societal order. This does not mean he established either anarchy or some kind of mystic individualism, like Buddhism. Where the state was based on canon law and the imposition of order by force, empowered by taxation, the new order established in Madinah was altogether different. The Islamic community is itself a freely chosen social contract of believers who agree to live within its parameters. The proper translation of Shari'at is a road.

The two dimensions of the Shahada confirm worship as belonging to Allah and obedience being due to His Messenger. The next two pillars, Salat and Zakat, in this sense could also be placed beside the double-Shahada. The worship of Allah and the pa¹ing of the only permitted tax, Zakat, go together just as the first and second Shahada do. It is in between these two pillars that Islam sheds light on the nature of governance.

Since worship must be according to what we have been ordered, it is not possible to proceed in 'Ibada beyond a certain point without previously having appointed an Amir. It is precisely at the point of Ramadan that governance becomes inescapable to order the sighting of the moon, to start the fast and to order the collecting of Zakat, which is not charity but something, in effect, taken by power. Thus the collection and distribution of Zakat imply the existence of the Amir. It is because Allah in his glory has shown to us the means of transacting socially and avoiding corruption that Islam is called Deen al-Fitr. It is the transaction of original nature, that is, before corrupted by cultural excess. Allah has permitted trade and forbidden usury. Zakat for this reason cannot be paid in paper money for it in itself is forbidden, being a promissory note, and in the majority of cases one against which no material goods can be matched. The messenger, peace and blessings of Allah be upon him, said: 'The miser withholds from others the wealth that is due them.' Therefore banking is revealed as an unthinkable institution both materially by its usurious nature and morally by its perversion of people's evaluation of life.

This touches the nub of the question of the self and what we now call character. The identity is not formed in a psychological non-spatial zone, but rather it is the pattern and web created by the whole series of transactions which form a social nexus. It is in the exchange of goods, in the holding and the distribution of wealth, in the giving up and the taking on of possessions that the self emerges. Therefore, the path to an integrated human identity can only be established on obedience to the commands of Allah and His Messenger. When he left Makkah, the city of his encounter with Allah, glory be to him, to establish the Islamic community, he renamed the neighbouring city of Yathrib, Madinah. Its mean¹ing quite simply is 'the place of the Deen'. When he settled there he established two institutions - the mosque and the market. The mosque and market were identical inasmuch as it was not permitted to establish your corner or part of it for your use. With the foundation of Madinah was established the inevitable abolition of capitalist and socialist society. The inability to create monopoly and the impossibility of an elite to separate themselves, in worship from the people had been assured. Not only papal Rome, but later the Holy Roman Empire and later the European Union of the Treaty of Rome, and equally the Soviet Presidium, the English Parliament, and the American Senate, in the light of Islam were revealed to be tyrannies, the basis of which was not its regal army, but its fiscal subjugation of the masses.

The imperial phase of bankism, which sweetly gives itself a political title, 'constitutional democracy', while still dominating the world in a manner more ruthless than any ancient warlord now clearly exposes the truth that systems control does not work, that the abolition of trade and its reduction to mere distribution does not work, that the denial of genuine autonomy of peoples at a local level does not work.

It is for these reasons that the modern man must dig deep into himself to see if, after the almost complete conditioning to which he has been submitted, he is able to act at all. The result of a secular liberal education is something akin, socially, to the general paralysis of the insane. However, there are still those who will not accept the role allotted them by the oligarchy of banking – to be helpless and happy members of the faceless consumer mob. After all the progress, after all the modernity, public arenas of modern life are inescapably identical to that of the Roman Coliseum and Aztec Temple.

The response of the free-acting people of this age will be to obey the order of Allah, glory be to him, in Qur'an: "Enter Islam in its totality." (Qur'an 2.206). It can also be translated: "Enter Islam all together."