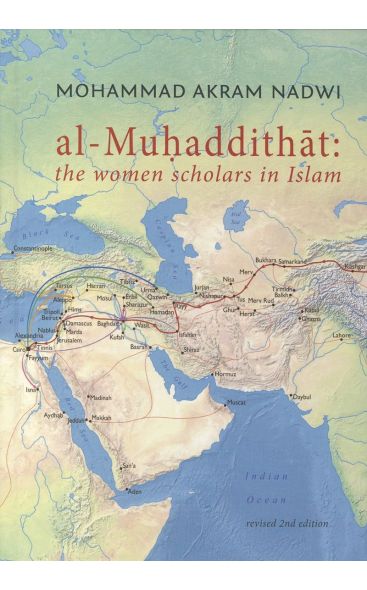 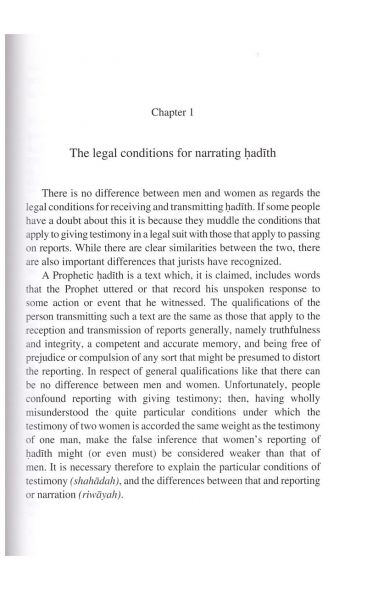 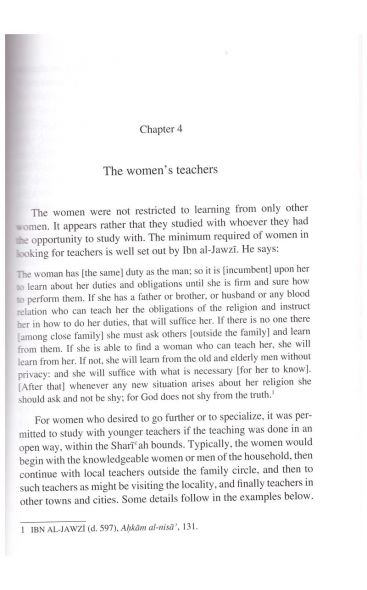 Al-Muhaddithat : The Women Scholars in Islam

The information summarized here is essential to a balanced appreciation of the role of women in Islamic society.

This book is an adaptation in English of the prefatory volume of a 40-volume biographical dictionary (in Arabic) of women scholars of the Prophet’s hadith. Learned women enjoyed high public standing and authority in the formative years of Islam. For centuries thereafter, women travelled intensively for religious knowledge and routinely attended the most prestigious mosques and madrasas across the Islamic world.

Typical documents (like class registers and ijazahs from women authorizing men to teach) and the glowing testimonies about their women teachers from the most revered ulema are cited in detail. An overview chapter, with accompanying maps, traces the spread of centres of hadith learning for women, and their eventual decline. The information summarized here is essential to a balanced appreciation of the role of women in Islamic society.

​The cover shows the study journeys of Fatimah bt. Sa'd al-Khayr and her principal students. She moved from Valencia with her merchant-scholar father to China, then travelled back westward, settling longest in Baghdad. She taught thereafter in Cairo, where she died in 600 A.H. (See ch. 3.)

Mohammad Akram Nadwi is one of the UK’s best-known scholars with a classical training in the Islamic religious sciences. He studied, and later taught, at the renowned Dar al-Ulum Nadwat al-Ulama in Lucknow, India, and holds a doctorate from the University of Lucknow.

Currently a Research Fellow at the Oxford Center for Islamic Studies, he is also the author of over 25 books on a range of subjects including Hadith, Fiqh, Arabic grammar and Islamic biographies, published in Arabic, English and Urdu.

His magnum opus is a forty-volume compilation of biographies of women scholars of Hadith; the introduction to this study was translated into English and published as al-Muḥaddithāt: The Women Scholars in Islam (2007). His more recent titles include: Abu Hanifah: His Life, Legal Method and Legacy (2010) and the second volume of al-Fiqh al-ʾIslāmī: Zakāh, Ṣawm and Ḥajj (2012).

“...read today, when many Muslim women still don’t dare pray in mosques, let alone lecture leaders in them, Akram’s entry for someone like Umm al-Darda, a prominent jurist in seventh-century Damascus, is startling. As a young woman, Umm al-Darda used to sit with male scholars in the mosque, talking shop... She went on to teach hadith and fiqh, or law, at the mosque, and even lectured in the men’s section; her students included the caliph...”  - (New York Times)

“...replete with enlightening references... the standard introduction to the study of the women scholars of Islam.” (Muslim World Book Review).