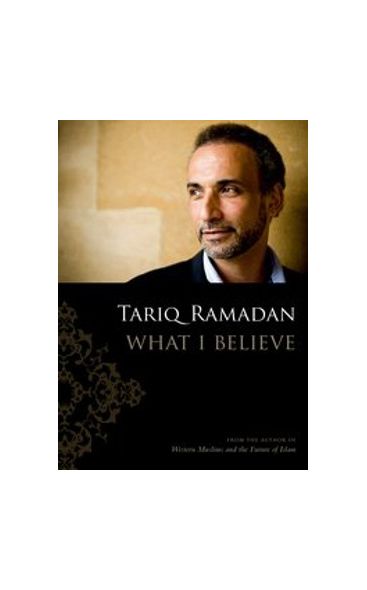 Tariq Ramadan: What I Believe

Tariq Ramadan is very much a public figure, named one of Time magazine's most important innovators of the twenty-first century.

The Splendid Pearl In Knowing The Muslim 's...

Islam and the Arab Awakening

Tariq Ramadan is very much a public figure, named one of Time magazine's most important innovators of the twenty-first century. He is among the leading Islamic thinkers in the West, with a large following around the world. But he has also been a lightning rod for controversy. Indeed, in 2004, Ramadan was prevented from entering the U.S. by the Bush administration and despite two appeals, supported by organizations like the American Academy of Religion and the ACLU, he was barred from the country until spring of 2010, when Secretary of State Hillary Clinton finally lifted the ban.

In What I Believe, Ramadan attempts to set the record straight, laying out the basic ideas he stands for in clear and accessible prose. He describes the book as a work of clarification, directed at ordinary citizens, politicians, journalists, and others who are curious (or skeptical) about his positions. Aware that that he is dealing with emotional issues, Ramadan tries to get past the barriers of prejudice and misunderstanding to speak directly, from the heart, to his Muslim and non-Muslim readers alike. In particular, he calls on Western Muslims to escape the mental, social, cultural, and religious ghettos they have created for themselves and become full partners in the democratic societies in which they live. At the same time, he calls for the rest of us to recognize our Muslim neighbors as citizens with rights and responsibilities the same as ours. His vision is of a future in which a shared and confident pluralism becomes a reality at last.

Table of Contents
1. Introduction
2. The Early Years
3. A Muslim, and a 4. Several fronts, two universes, one discourse
5. Interacting crises
6. Swift evolutions, silent revolutions
7. Multiple identities: first an American (a European, an Australian) or a Muslim?
8. Western Islam: religion and culture
9. 10. Advances
11. Challenges
12. The issue of women
13. The sense of belonging and the 14. Socio-political issues, the media
15. The roots of EuropeEL and of the West
16. Reform and the seven 17. The West and its mirror: a new 18. Criticisms and oppositions
19. Conclusion
Appendix I: Thierry
Appendix II: Manifesto for a new Notes

Tariq Ramadan is Professor of Islamic Studies on the Faculty of Theology at Oxford University, Senior Research Fellow at St Antony's College (Oxford), Doshisha University (Kyoto, Japan), and the President of the think tank European Muslim Network (EMN) in Brussels. He is the author of Radical Reform: Islamic Ethics and Liberation, In the Footsteps of the Prophet: Lessons From the Life of Muhammad, Western Muslims and the Future of Islam, and Islam, the West, and Challenges of Modernity.

"Tariq Ramadan, a prominent intellectual-activist in Europe and America, represents a new generation of Islamic reformers." --John L. Esposito, author of Unholy War and What Everyone Needs to Know about Islam

"Ramadan's most important message--his advice to Muslims in the West to make the West their home--is one Americans should particularly welcome."--Alan Wolfe, The Chronicle of Higher Education

"Ramadan has started to pave out the road to reform and changes in the understanding of Islam in Muslim communities in the West."--Le Monde Diplomatique

"Deliberately brief, sensible and accessible.... What I Believe is not just a summary of Ramadan's own views but a primer on modern Western Muslim life."--Publishers Weekly starred review

"What I Believe succinctly, and in Ramadan's own words, is a compact opus that tells readers exactly what they want to know: who he is and what he stands for. This is one of today's most important books."--San Francisco/Sacramento Book Review

"What I Believe offers an accessible and at times quite moving entrée into the thought of this important figure."--Spencer Dew, Rain Taxi Review of Books.