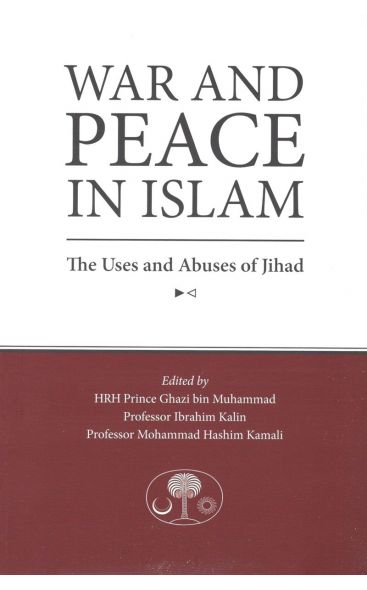 War and Peace in Islam: The Uses and Abuses of Jihad

Written by a number of Islamic religious authorities and Muslim scholars, this work presents the views and teachings of mainstream Sunni and Shi’i Islam on the subject of jihad.

Written by a number of Islamic religious authorities and Muslim scholars, this work presents the views and teachings of mainstream Sunni and Shi’i Islam on the subject of jihad. It authoritatively presents jihad as it is understood by the majority of the world’s 1.7 billion Muslims in the world today, and supports this understanding with extensive detail and scholarship. No word in English evokes more fear and misunderstanding than "jihad."

To date the books that have appeared on the subject in English by Western scholars have been either openly partisan and polemical or subtly traumatized by so many acts and images of terrorism in the name of jihad and by the historical memory of nearly 1,400 years of confrontation between Islam and Christianity.

Though jihad is the central concern of War and Peace in Islam: The Uses and Abuses of Jihad, the range of the essays is not confined exclusively to the study of jihad. The work is divided into three parts:

The book aims to reveal the real meaning of jihad and to rectify many of the misunderstandings that surround both it and Islam’s relation with the “Other.”

H. R. H. Prince Ghazi bin Muhammad is the nephew of the late King Hussein of Jordan. He has held many advisory official positions in Jordan, and founded the Al-Balqa Applied University and the World Islamic Sciences and Education University (WISE).

He is the author of a number of books and articles, including Love in the Holy Qur’an. Professor Ibrahim Kalin is chief advisor to the prime minister of Turkey and the founding director of the SETA Foundation for Political, Economic, and Social Research based in Ankara, Turkey.

He is a fellow at the Prince Alwaleed Center for Muslim-Christian Understanding at Georgetown University. Professor Mohammad Hashim Kamali is the founding chairman and CEO of the International Institute of Advanced Islamic Studies (IAIS) Malaysia.

He was a professor of Islamic law and jurisprudence at the International Islamic University Malaysia and a former dean of the International Institute of Islamic Thought and Civilization (ISTAC). He is the author of many books, including Citizenship and Accountability of Government in Islam.

"A dynamic myth-busting clarification of the real position of mainstream orthodox Islam on the whole question of violence and jihad." —T. J. Winter, University of Cambridge

"This is the best book on the subject in English. It will be of inestimable value." —Shaykh Mustafa Ceric, Grand Mufti Emeritus of Bosnia