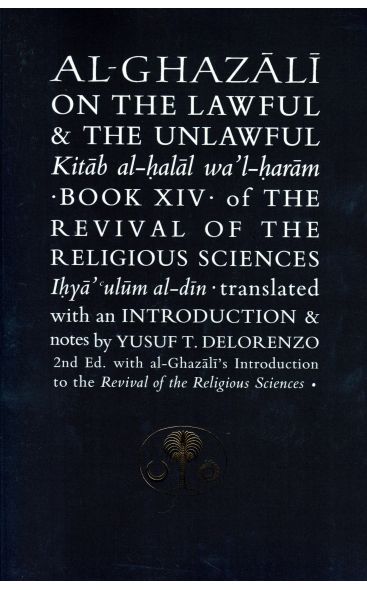 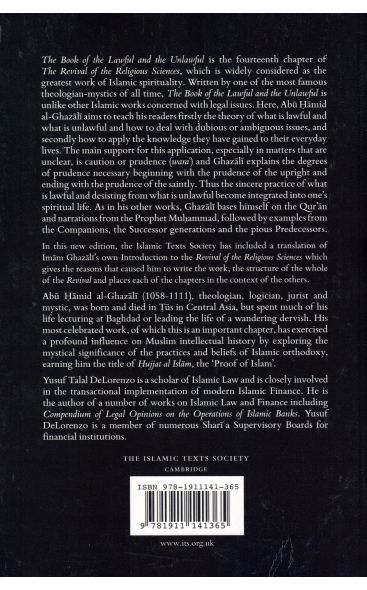 Al-Ghazali On The Lawful And The Unlawful: Kitab al-Halal wa'l Haram

Al-Ghazali On The Lawful And The Unlawful: Kitab al-Halal wa'l Haram - Book XIV of the Revival of the Religious Sciences (Ihya Ulum al-Din)

Here, Abu Hamid al-Ghazali aims to teach his readers firstly the theory of what is lawful and what is unlawful and how to deal with dubious or ambiguous issues, and secondly how to apply the knowledge they have gained to their everyday lives. The main support for this application, especially in matters that are unclear, is caution or prudence (wara) and Ghazali explains the degrees of prudence necessary beginning with the prudence of the upright and ending with the prudence of the saintly.

Thus the sincere practice of what is lawful and desisting from what is unlawful become integrated into one’s spiritual life. As in his other works, Ghazali bases himself on the Qur’an and narrations from the Prophet Muhammad, followed by examples from the Companions, the Successor generations and the pious Predecessors.

Yusuf Talal DeLorenzo is a scholar of Islamic Law and is closely involved in the transactional implementation of modern Islamic Finance. He is the author of a number of works on Islamic Law and Finance including Compendium of Legal Opinions on the Operations of Islamic Banks. Yusuf DeLorenzo is a member of numerous Shari’a Supervisory Boards for financial institutions.