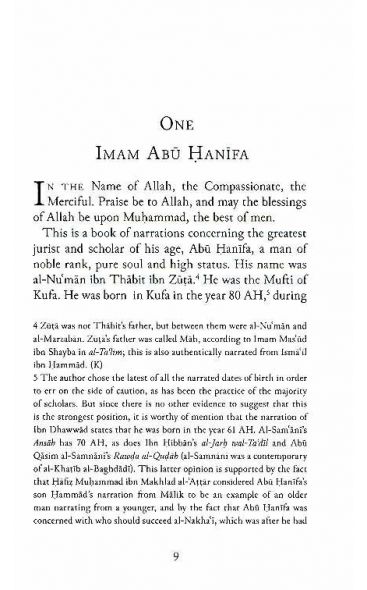 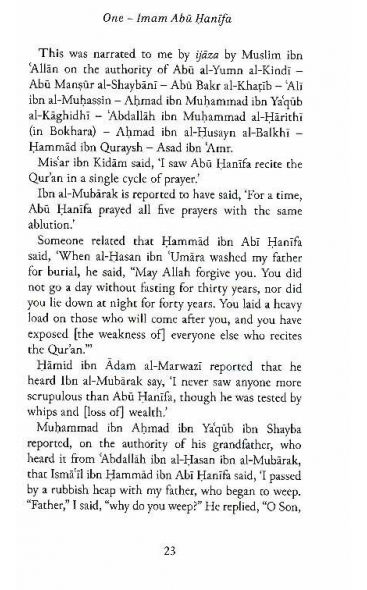 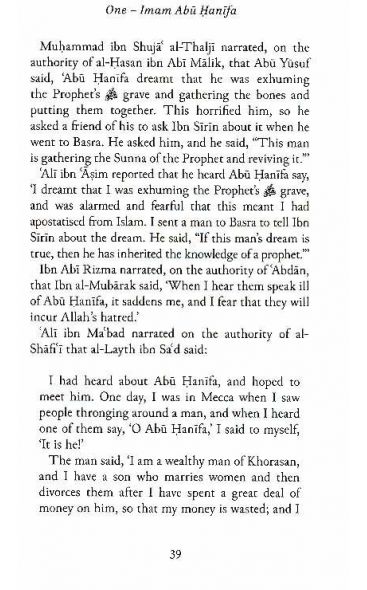 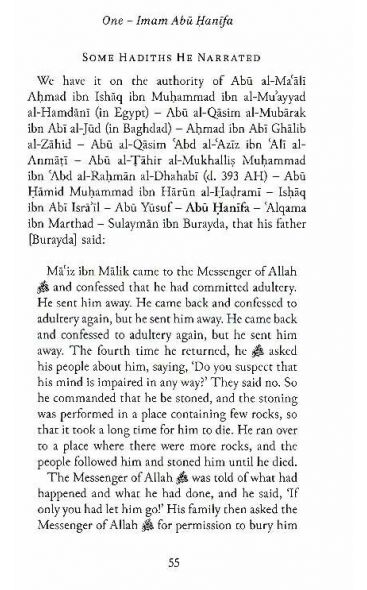 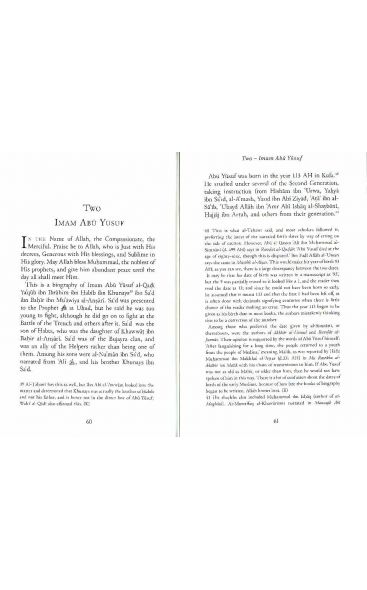 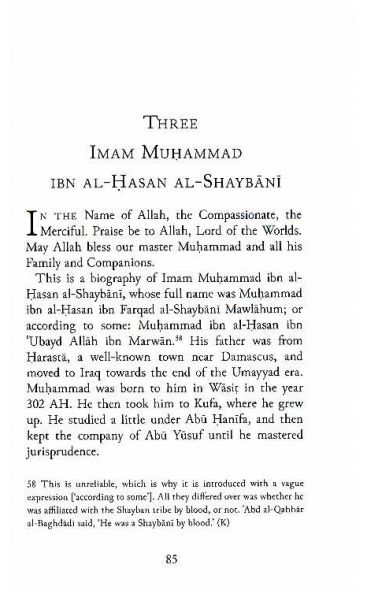 It is an immense pleasure to present this brilliant treatise on the virtues of al-Imam al-Azam, the Greatest Imam, Imam Abu Hanifa and his two companions Imam Abu Yusuf and Imam Muhammad ibn al-Hasan al-Shaybani written by the scholar Imam al-Dhahabi.

It is an immense pleasure to present this brilliant treatise on the virtues of al-Imam al-Azam, the Greatest Imam, Imam Abu Hanifa and his two companions Imam Abu Yusuf and Imam Muhammad ibn al-Hasan al-Shaybani written by the scholar Imam al-Dhahabi.

The Hanafi School of fiqh or jurisprudence which comfortably accounts for over half of the Muslims in the world today is named after one of the most outstanding scholars in the history of Islam. Imam Abu Hanifa, a second generation Muslim who met a number of Sahabah, is one of just four Mujtahid Imams whose madhabs or schools of law not only survived but gave birth to principles of law that had a profound impact in the shaping of the medieval world.

Imam Abu Hanifahs systematization of Islamic legal doctrine was to have an integral part in the development of many areas of the Shariah and would pave the way for the spread of Islam in many parts of the world resulting most notably the Osmanli Caliphate (or Ottoman Empire) and Mughal rule in the Indian sub-continent.

Imam al-Dhahabi who was a giant amongst hadith scholars was a follower of the Shafi'i school of jurisprudence and a contemporary and a student of Ibn Taymiyya who many of the critics of Imam Abu Hanifa hold in high regard. In answering the question of Imam Abu Hanifa's credentials in hadith scholarship Imam Dhahabi produces hadith with isnad going from himself to the Prophet (Allah bless him and give him peace) through Imam Abu Hanifa.

Criticism of the Hanafi school is nothing new but the hostility towards the School in recent times (particularly through the internet in English) has increased to such an extent that lies are now being peddled questioning the basis of the School whilst also making spurious baseless accusations against the founder. We hope the translation of this work by Imam al-Dhahabi who was not only an outstanding hadith scholar (and not a Hanafi - he was a follower of the Shafi'i School) but also a student of Ibn Taymiyya.

The book is significantly enhanced by notes and commentary by Abul Wafa al-Afghani and Ustadh Muhammad Zahid al-Kawthari. The quarter of Baghdad where Imam Abu Hanifas grave is located is called 'Hayy al-Azamiyya' in honour of the Imam.

Abu Hanifa Nu'man ibn Thabit (d. 150/767) is one of the great pioneers in the history of Islamic Law. He was among the first to deploy the recognized methods of legal reasoning consistently, and to gather the judgements and rulings of his time into a systematic corpus. The fiqh that evolved from his style of reasoning, carried on by his brilliant students, became associated with his name.

The Hanafi School is the one most widely followed among the world's Sunni Muslims. This study of Abu Hanifa's life and legacy is based on the traditional sources. It includes a short survey of how Hanafi fiqh evolved in different regions of the Islamic world. It offers a clear reminder of the criteria and conditions traditionally applied before any ruling gained general acceptance.

Shaykh Abu al-Wafa’ al-Afghani (1310-1395AH) was a prominent Hanafi Shaykh who studied with some of the foremost scholars of his time.

Shaykh Muhammad Zahid ibn Hasan al-Kawthari al- Hanafi al-Ash‘ari (1296-1371AH) was the adjunct to the last Shaykh al-Islam of the Ottoman Caliphate and a major Hanafi jurist praised by Imam Muhammad Abu Zahra as a Reviver (mujaddid) of the fourteenth Islamic century.

Muhammad bin Ahmad bin `Uthman al-Dhahabi al-Shafi`i (673-748 AH), the imam, Shaykh al-Islam, head of Hadith masters, critic and expert examiner of the Hadith, encyclopaedic historian and biographer, and foremost authority in the canonical readings of the Qur'an. Born in Damascus where his family lived from the time of his grandfather `Uthman, he sometimes identified himself as Ibn al-Dhahabi - son of the goldsmith - in reference to his father's profession.

al-Dhahabi (may Allah have mercy on him) is considered one of the foremost authorities in critically scrutinizing the reporters of Hadith (ilm al-asma wa ‘l-rijal). He compiled many works in this regard such as Mizan al-I’tidal fi Naqd al-Rijal (The Scale of Justice in Critically Examining the Reporters), Siyar A’lam al-Nubala (The Lives of Noble Figures), Al-Mughni fi ‘l-Du’afa (an authoritative abridged manual of weak narrators) and Tadhkirat al-Huffaz (The Memoirs of the Hadith Masters).

In his work, Mizan al-I’tidal, Imam Dhahabi (may Allah have mercy on him) deals with a large number of reporters, both the authenticated/reliable and the criticized/unreliable, although he does mention in his introduction to the book that he will not include the biographies of the Companions (sahaba) and renowned authorities of Islam.