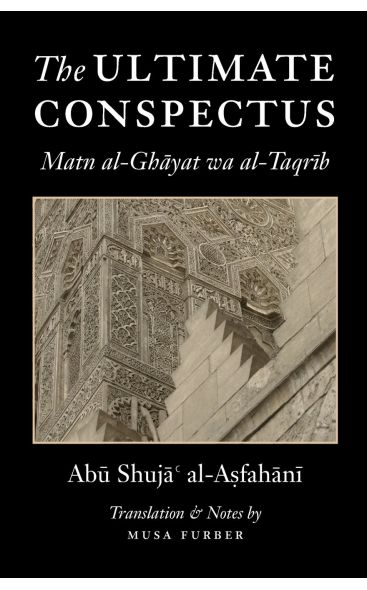 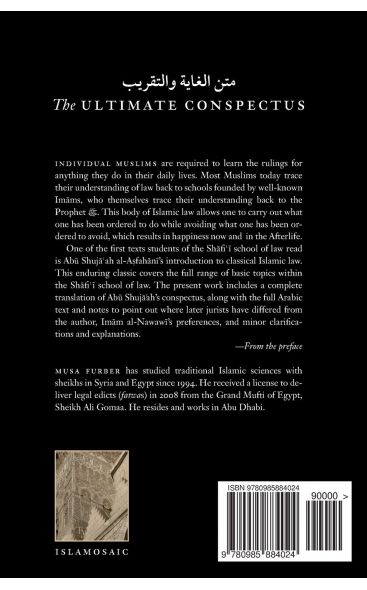 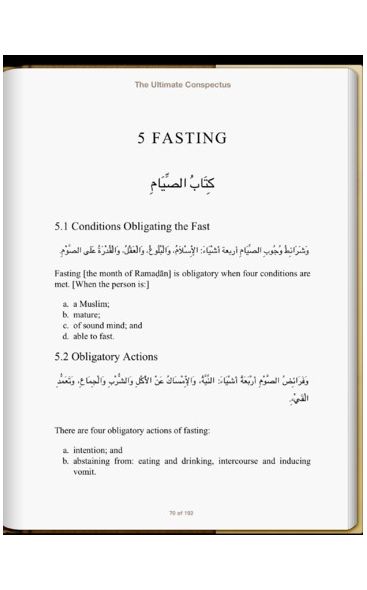 A translation of Abu Shuja' al- introduction to classical Islamic law, Matn al-Ghayat al-Taqrib. This enduring classic covers the full range of basic topics within the Shafi'i school of law. It includes the full Arabic text and notes to point out where later Shafi'i jurists have differed from the author, Imam al-Nawawi's preferences, and minor clarifications and explanations.

This work is considered one of the most useful and widely studied Shafi’i Fiqh Conspectus in the Muslim world today.

It Covers  17 Chapters Including:

Abu Shuja’ al-Asfahani was the Qadi (judge), Imam, of high repute, the ascetic (), a tenacious Faqih (jurist), a righteous and humble ruler (wazir). All such characteristics have been attributed to him by his contemporaries and biographers throughout the ages, such as in the Tabaqat Ash-Shafi’yyah of Qadi ibn Shuhbah, the Tabaqat of As-Subki, and within the many works of the scholars that are commentaries and supra-commentaries upon his famous”Ghayat At-Taqrib”.
His agnomen (kunya) is Abu Shuja’ as well as Abu Tayyib. His full name is Shihabud-Din Ahmad ibn al- [and it reads Al-Hasan in some works] ibn Ahmad
al-Asfahani.
Al-Hafith Abu Tahir As- once reported a hadith from him in his Mu’jam As- up to Uthman ibn ‘Affan ( Allahu Anhu) that the Prophet Muhammad said, “ builds a for Allah the mighty and majestic…Allah will build something like it for him in Jannah!”

Abu Tahir As- [died 576 A.H] said after reporting this narration,
“This Qadi Abi Shuja’ is from the most impeccable men of his time! He studied and taught the school of Imam Ash-Shafi’i for 40 years in Basrah. He mentioned this [hadith] to me around 500 A..H. and he lived for an extremely long time after that. I asked him about when he was born and he told me 434 A.H. in Basrah, and that his father was born in ‘Abadaan and his grandfather was from Asbahan.”
His biographers mention that when he was the Wazir (vizier), he was just and cared for justice for all. While being a wazir, he would not leave his house until he prayed and recited much of the Qur’an. After retiring from his position of wazir, he traveled to Medinah and became an ascetic, divorcing the needs of this world. He became the custodian, cleaning and arranging the Masjid of the Prophet Muhammad until he died! Imam Al-Bayjuri in his Hashiyah states that Imam Abi Shuja’ died in 488 A.H. and that his grave is near the grave of the Ibrahim, the son of the Prophet Muhammad at Al-Baqi’. This date was also professed by Ibn Al-Athir as well. However, 488 is disputed by the witnessing of Abu Tahir As- of Qadi at 500 A.H.!

Mufti Musa Furber was born in Massachusetts and raised in Portland, Oregon. He majored in linguistics at Portland State University, with an emphasis on computational linguistics and cognitive science, a major that required him to study a non-Indo-European language. As good fortune would have it, Arabic was the only class that fit in his schedule at the time, thus starting him off on what eventually would become a serious and personal study of the Qur’an and Islam.

Mufti Musa embraced Islam and shortly thereafter embarked on a path of study. While still a student in Portland, he studied Shafi’i Islamic ethics and law (fiqh) with a Muslim religious scholar who was in Portland at the time. After graduating from college, Musa went to Damascus to further his Arabic studies. After a one-year return to the U.S., he returned to Damascus where he completed an intensive four-year study of the traditional Islamic disciplines–including studies, Prophetic traditions (hadith), ethics and law (fiqh), advanced Arabic grammar and the Prophetic biography ().

After graduation, he continued his studies with scholars in and around Damascus, who reviewed with him several important texts and qualified him to translate and teach them.

He then left the small village outside of Damascus where he lived with his wife and three children during this period, relocating to Cairo, Egypt, where he entered and completed a prestigious training program in the issuance of legal responsa (fatawa) at Dar al-Ifta’ al-Misriyya, under the direct supervision of Shaykh Dr. Ali Jumu`a, the Mufti of Egypt.

After successfully completing the program and acting as an official researcher and English translator for Dar al-Ifta’, he was recruited by Shaykh Habib Ali al-Jifri to serve as a lead researcher at the Taba Insitute in UAE, where he currently resides.