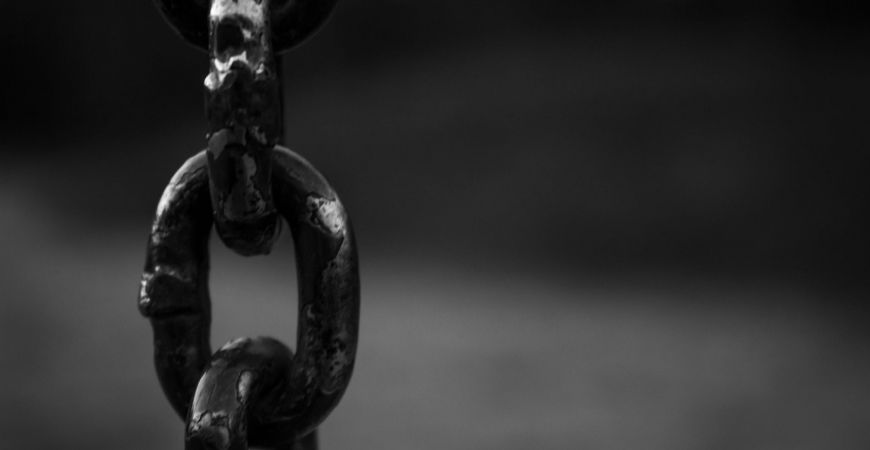 When most people think of the beginning of American Islam, they go back to the Nation of Islam and the mid 20th century. And it’s easy to see why: For the most part, there was no example of organized Islam in the U.S. before then. Of course, the theological legitimacy of the Nation of Islam is more than contestable, but it did eventually morph into a more or less authentic version of Islam with the emergence of Warith Deen Mohammed. However, while historians generally ignore it, Islam has actually had an underground history in the United States: one that goes back far beyond the 20th century and the Nation, and even before the first slaves set foot on American soil.

So, how far back does Islam go the United States? Perhaps the first Muslims who set forth on the North American continent came with the Spanish conquistadors. One of these slaves was a man named Mustafa Zemmouri. According to Ayla Amon, a researcher at the National Museum of African American History and culture, Zemmouri was an African Muslim slave who traveled with his Spanish owner to North America. Along with his master, Andrés Dorantes de Carranza, he may have even traveled as far as New Mexico (Amon, 2019). Being that De Carranza traveled to the Americas in 1527, Zammouri’s presence in the Americas means that Muslims have probably been in America as far back as the 16th century (TSHA, 2010). Of course, examples of slaves during Spanish control of North America is fairly sparse, and we don’t really begin to see any substantial number of Muslim slaves until British colonists began trading slaves in 1619.

Eventually, Spanish influence began to dwindle as British and French colonists took over the Eastern portion of North America. These colonists began bringing slaves from Africa in 1619 to help with farming and production. At this point, we can begin to conjecture that the Islamic population in America was growing quite fast. The Pluralism Project, which is sponsored by Harvard University, says that “an estimated 10 to 50 percent of the ten million Africans brought to these shores against their will were Muslims.” As this Muslim population continued to grow, it did indeed have its influence on America. For one, these slaves probably took part in a lot of battles in the French-Canadian and revolutionary wars, not to mention the Civil War. During the revolutionary war, these slaves even provided the military support colonists needed to win the war against the vastly more powerful England. (This fact is somewhat ironic considering that Muslims tend to face animosity from patriotic American chauvinists, despite the fact that the country might not have existed without them.) The presence of Muslim slaves also means that a lot of aspects of African American culture might have Islamic roots. Sylviane Diouf, who authors on this topic, even suggests that a lot of slave work song melodies may be traced to traditional Koranic recitation patterns (Mekouar, 2019). Being that nearly all American music beyond the 1920s has its roots in blues and jazz, you can even argue, however ironic, that American popular music is influenced by Islamic culture.

The quantity of influence of Muslim slaves may have had on America culture can seem shocking because you would probably suspect Muslim slaves to have been a very small fraction of society. However, the possibility that as much as half of all slaves were Muslims means that the historical significance of this in the slave narrative is more than overlooked. Why is this fact so blatantly ignored by historians? Well, for one thing, a lot of slaves were forced to surrender their beliefs in favor of Christianity. Those that held true to their Islamic faith likely did so in secret, which means that there isn’t much evidence that survives. But, there are more reasons early American Muslims are largely ignored by historical accounts. Khaled Beydoun of the University of Kansas has another reason to explain this: "When people thought of a Muslim at that time, they thought Arab, they thought Ottoman, they thought Middle Eastern. Enslaved Africans did not fit within that racial-ethnic caricature or form” (Mekouar, 2019). There are also very few surviving 1st hand accounts of the experiences of Muslim slaves. One exception is Omar Ibn Said, a scholar-slave who kept an autobiography detailing his life, which has been of incredible utility for historians. The entire work is written in Arabic and currently belongs to the library of Congress. It’s quite unfortunate that literature on this topic is fairly sparse as it seems so relevant to our current social climate, and it would also give us so much more insight into both slavery and American Islam.

Islam has been in America for centuries, far before the Nation of Islam, having been brought from Africa by slaves. Sadly, the story of the Muslim slaves seems to have been entirely ignored by the dominant historical narrative. As Muslims continue to face discrimination in the United States, this discussion only becomes more relevant. The very idea that Islam doesn’t have a place in America when it was here before America even existed is ironic, to say the least. What the research shows is that the struggle of African Americans and Muslims is in many ways synonymous, and getting to know those parts of our histories better can only help as we continue forward in the struggle for equality.

The Hijrah A Work of Love Benefits of Ṣalawāt calligraphy