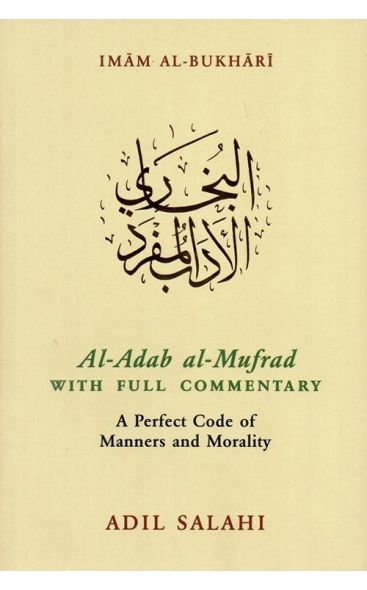 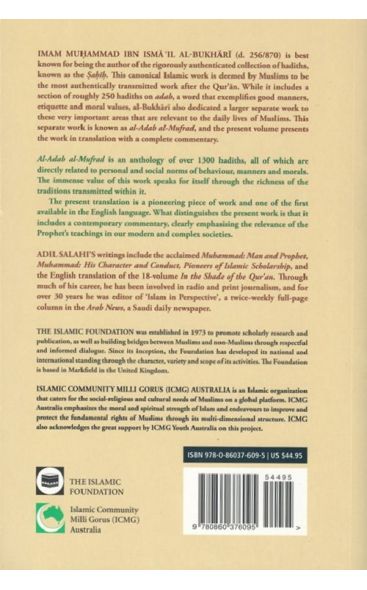 Al-Adab Al-Mufrad With Full Commentary: A Perfect Code Of Manners And Morality

A modern interpretation of a classic work of hadith written by Imam Al-Bukhari.

Al-Adab al-Mufrad, an anthology of 1329 hadiths, is a treasured work in Muslim history by one of its most respected scholars, Imam Bukhari.

In preparing this selection of hadiths Imam Bukhari aimed to set out a model to follow for successful relations within the Muslim community as well as interaction between Muslims and non-Muslims based on the Prophetic example, and that of Muhammad's closest companions. All of the hadiths are directly related to the standards of manners and morality Islam wants to prevail, and Muslims throughout the world have been guided by it since its preparation over a millennium ago.

Famed for the reliability and strength of his work, Imam Bukhari exclusively used hadith that do not go below the grade of "Good", or "Hasan", and since they are focused on manners and moral values, they are upheld by scholars.

What distinguishes the present work is that it includes a contemporary commentary, clearly emphasising the relevance of the Prophet's teachings in our modern and complex societies. This pioneering addition marks it out as perhaps the first English work commenting on and explaining a full anthology of hadiths.

The translator and author of the commentaries, Adil Salahi, has a long history of research in the Seerah and Hadith, and he wrote extensively on both. This work puts together the best of his writings on the Prophet's teachings in the area of morality and private and social manners.

Adil Salahi’s main career has been in radio and print journalism, and for over 30 years he was editor of ‘Islam in Perspective’, a twice-weekly full-page column in the Arab News, a Saudi daily newspaper.

He continues to publish many Articles in various Publications including, Arab News, and many Online Publications.