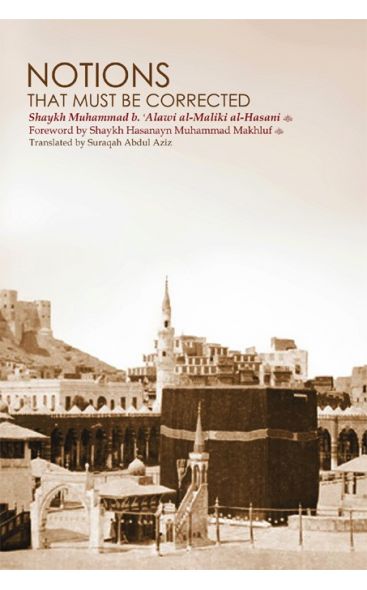 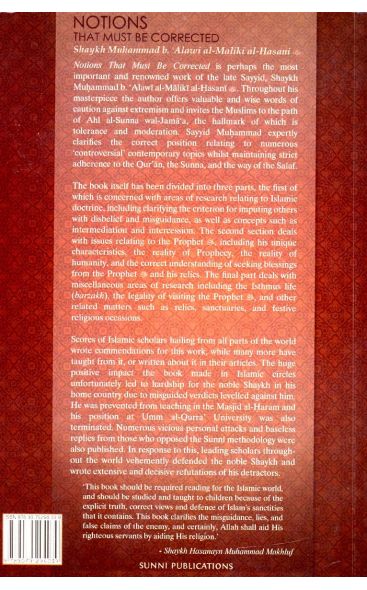 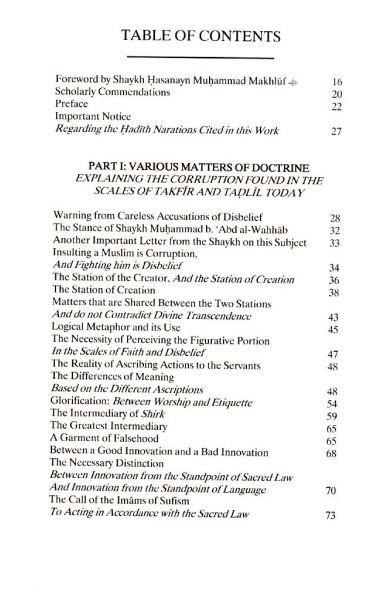 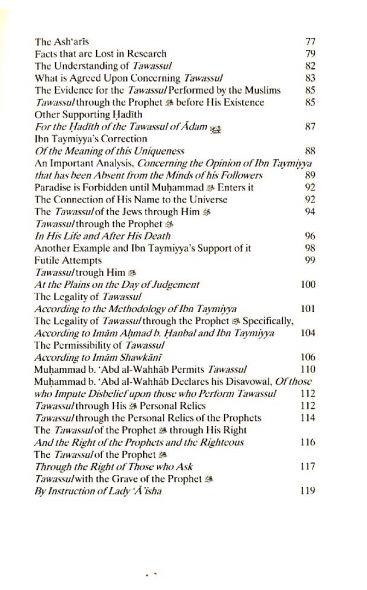 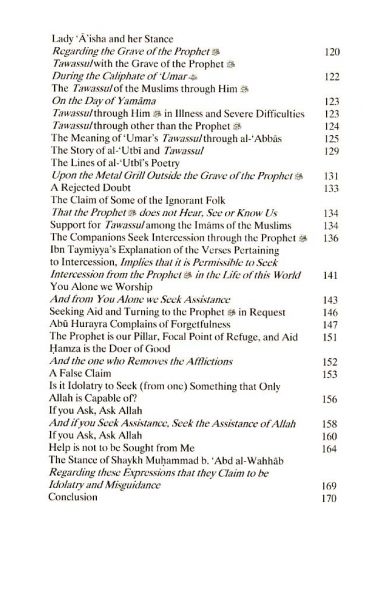 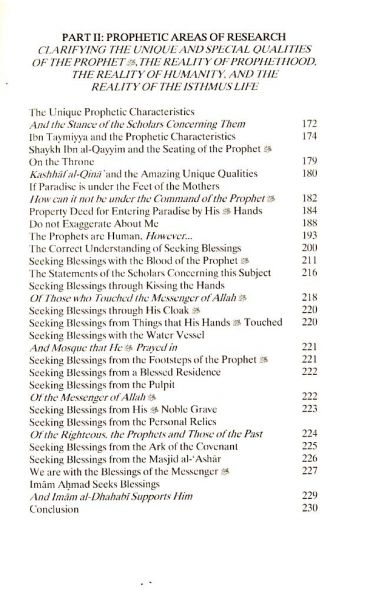 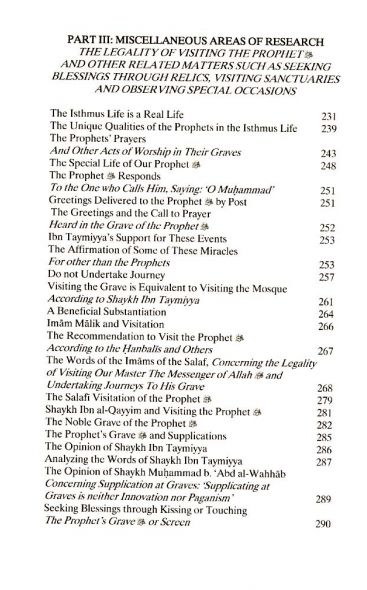 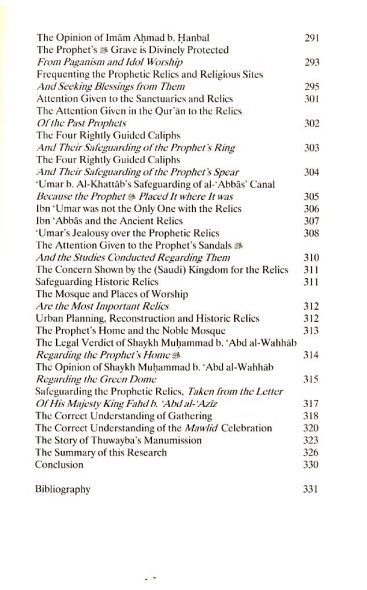 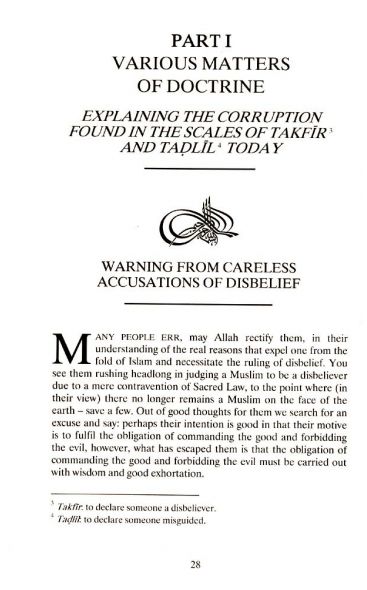 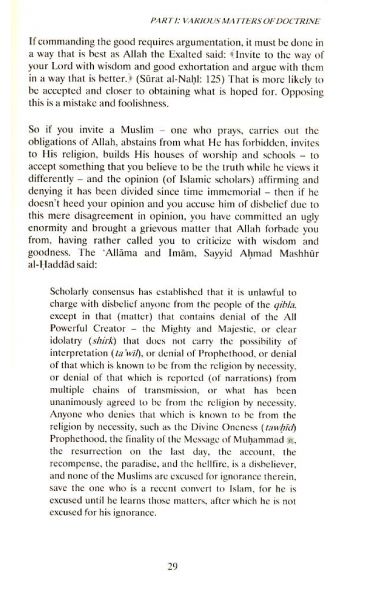 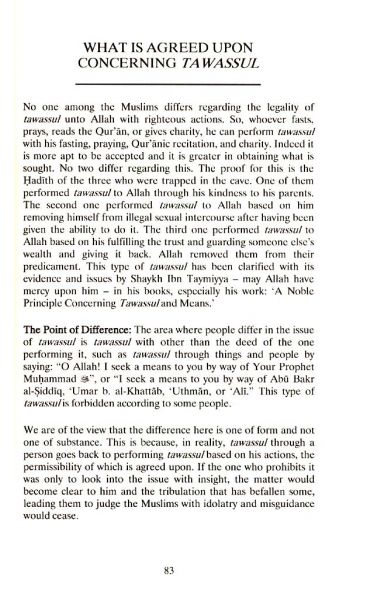 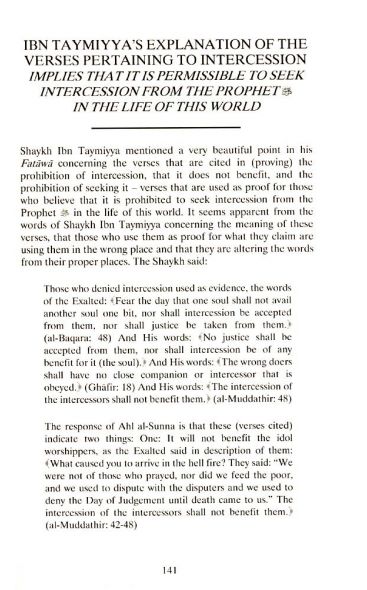 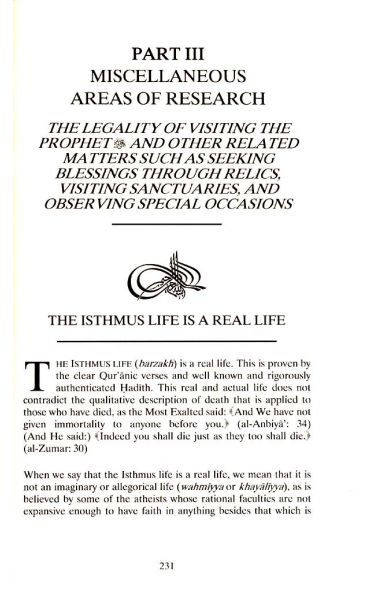 Notions That Must Be Corrected

Notions That Must Be Corrected is perhaps the most important and renowned work of the late Sayyid, Shaykh Muhammad b. ‘Alawi al-Maliki al-Hasani (ra).

A Critique of the Palmyran Creed:...

Sending Prayers upon the Prophet

Notions That Must Be Corrected is perhaps the most important and renowned work of the late Sayyid, Shaykh Muhammad b. ‘Alawi al-Maliki al-Hasani (ra). Throughout his masterpiece the author offers valuable and wise words of caution against extremism and invites the Muslims to the path of Ahl al-Sunna wal-Jama‘a, the hallmark of which is tolerance and moderation. Sayyid Muhammad expertly clarifies the correct position relating to numerous ‘controversial’ contemporary topics whilst maintaining strict adherence to the Qur’an, the Sunna, and the way of the Salaf.

The book itself has been divided into three parts, the first of which is concerned with areas of research relating to Islamic doctrine, including clarifying the corruption found in the criterion for imputing others with disbelief and misguidance, as well as concepts such as intermediation and intercession. The second section deals with issues relating to the Prophet e, including his unique characteristics, the reality of Prophecy, the reality of humanity, and the correct understanding of seeking blessings from the Prophet e and his relics. The final part deals with miscellaneous areas of research including the Isthmus life (barzakh), the legality of visiting the Prophet e, and other related matters such as relics, sanctuaries, and festive religious occasions.

Scores of Islamic scholars hailing from all parts of the world wrote commendations for this work, while many more have taught from it, or written about it in their articles. The huge positive impact the book made in Islamic circles unfortunately led to hardship for the noble Shaykh in his home country due to misguided verdicts leveled against him. He was prevented from teaching in the Masjid al-Haram and his position at Umm al-Qurra’ University was also terminated. Numerous vicious personal attacks and baseless replies from those who opposed the methodology of Ahl al-Sunna were also published. In response to this, leading scholars throughout the world vehemently defended the noble Shaykh and wrote extensive and decisive refutations of his detractors.

'This book should be required reading for the Islamic world, and should be studied and taught to children because of the explicit truth, correct views and defense of Islam’s sanctities that it contains. This book clarifies the misguidance, lies, and false claims of the enemy, and certainly, Allah shall aid His righteous servants by aiding His religion.

Muhammad Alawi al-Maliki (1944–2004) was a prominent Sunni Islamic scholar from Saudi Arabia. Muhammad Alawi al-Maliki was born in Mecca to a family of well known scholars who, like himself, taught in the Sacred Mosque.Five of the his ancestors have been the Maliki Imams of the Masjid al-Haram of Mecca. His grandfather, al-Sayyid Abbas al-Maliki was the Mufti and Qadi of Mecca and the Imam and Khatib of Masjid al-Haram. He held this position during the Ottoman then Hashemite times, and continued to hold it after the Saudi Kingdom was established too. He taught the various traditional Islamic sciences in the Masjid al-Haram of Mecca for nearly 40 years. After finishing his traditional education in his hometown of Makkah, he was sent by his father to study at Al-Azhar University of Egypt. He received his Ph.D. from the Al-Azhar University at the age of 25, making him the first and youngest Saudi to earn a Ph.D. from there. His thesis on Hadith was rated excellent and highly praised by the eminent Ulama (Islamic scholar) of the university at that time, such as Muhammad Abu Zahra

His famous students include his son Al-Sayyid Ahmed Bin Muhammed Bin Alawi Al Maliki who still teaches at his family residence in Mecca everyday, Al-Sayyid Abdullah Fad'aq another Famous Saudi Sunni scholar based in and teaches at his residence in Jeddah, Habib Ali al-Jifri and Habib Umar bin Hafiz. Regardless of criticisms against him, Maliki retained prominence. In an attempt to counter the Islamic revival in the early 1990s, the Government of Saudi Arabia began supporting practitioners of Sufism in the Hijaz region as a way to bolster religious support of the state; Maliki became the self-imposed leader of Hijazi Sufism under state sponsorship, with several thousand supporters.

From that time until his death in 2004, he taught Hadith, Fiqh, Tafsir and Tasawwuf at his home and mosque on al-Maliki street in the Rusayfah district of Mecca, and his public lessons, between Maghrib and Isha', were attended by no less than 500 people daily. Many students from the University used to attend his lessons in the evenings. Even the night before he died, his lesson was well attended. Hundreds of students from all over the Islamic world benefited from his lessons in the Masjid al-Haram Makkah and many hold key religious positions in their lands today.

He was also nominated as the head judge at the international Qira'at (Qur'anic reading) competition in Mecca for three consecutive years.
Al-Maliki was a prolific writer and has produced close to one hundred books. He has written on a variety of religious, legal, social and historical topics and many of his books are prescribed textbooks in Islamic institutes around the world.